The Chantecler is a cold-hardy, dual-purpose, heritage chicken breed, especially treasured for its juicy, flavorful meat. 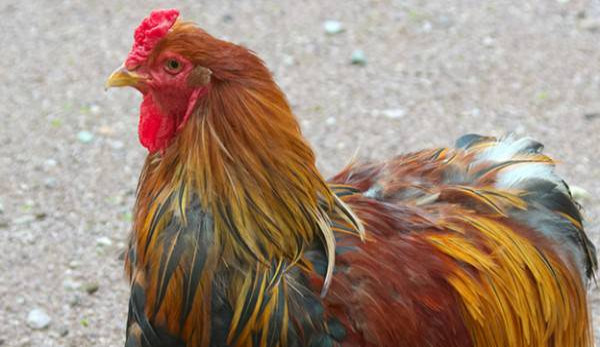 History: Beginning in 1908, Brother Wilfred Chatelain and his fellow monks at the Cisterian Abbey in Oka, Quebec, Canada, developed the white variety of the Chantecler, Canadaâ€™s only homegrown chicken breed, releasing it to the public in 1921. Among the chicken breeds he used to create the Chantecler were Dark Cornish, White Leghorn, Rhode Island Red, White Wyandotte and White Plymouth Rock. Later, Dr. J.E. Wilkinson of Alberta, Canada, developed the Partridge Chantecler, which has an attractive color pattern that allows it to blend in with range conditions. The White Chantecler was admitted to the American Poultry Associationâ€™s Standard of Perfection in 1921 and the Partridge variety in 1935.

Conformation: The Chantecler chicken breed has a tiny, cushion-shaped comb resistant to frostbite, small earlobes and nearly non-existent wattles, making it an ideal chicken breed for northern flocks. The cushion comb is so small that it resembles a small, round button perched low on the chickenâ€™s head. Standard Chantecler cocks weigh 8Â˝ pounds and hens weigh 6Â˝ pounds. Bantam cocks weigh 34 ounces and hens weigh 30 ounces. Chanteclers mature to fryer size in 16 to 20 weeks. Hens are excellent layers of large, brown eggs, and they lay throughout the coldest winter months.