Photo by Audrey Pavia My hens aren’t laying right now, but when they do, they get serious about it. I wanted chickens my whole life, and when I finally got them, I was so excited about having fresh eggs. I remembered the time one of my young hens laid her first. I picked it up, […] 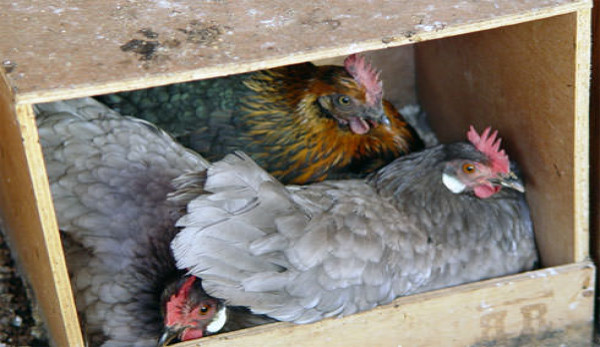 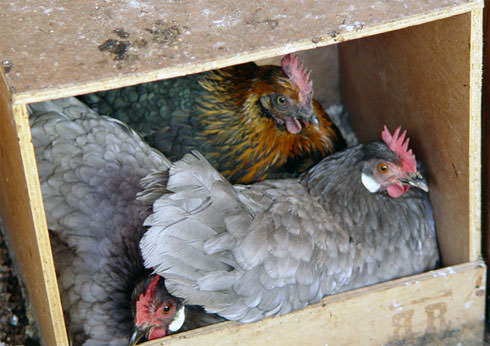 My hens aren’t laying right now, but when they do, they get serious about it.

I wanted chickens my whole life, and when I finally got them, I was so excited about having fresh eggs. I remembered the time one of my young hens laid her first. I picked it up, raced into the house and woke my husband up.

Now, here I am three years later, and seeing eggs in my nest boxes is still exhilarating â€” which is why Iâ€™m so bummed that I havenâ€™t gotten one egg out of my chickens for the past three months.

What is going on? I started to worry they were sick. I did lose one of the hens a few weeks ago, but the others seem perfectly fine. They are eating, running around and doing all the things they usually do.

I complained to a friend in the neighborhood about the situation, and she told me that her hens arenâ€™t laying either. Itâ€™s been months. Iâ€™ve since heard other people in town are having the same issue.

Why have all our birds suddenly stopped laying? Is it the weather? We seem to be having a colder-than-usual winter so far. Hens are notorious for taking a break in the winter, although, here in Southern California, they tend to lay all year round with just a break here and there. Much like vegetable gardens, chickens in this part of the country produce almost constantly.

But now the hens in this neck of the woods are suddenly acting like they live in Minnesota. Even if the cold weather is causing them to stop laying, they really need to get some perspective. â€śColdâ€ť around here is a drop of the low 30 degrees Fahrenheit at night, and 60s during the day. And thatâ€™s just a few nights here and there. Does that warrant going on an egg strike?

My chickens are weird about their eggs anyway, so I guess this is just a new twist on the things. When they are producing, they will leave as many as three or four a day in their nest boxes, and then suddenly start laying them under a bush. This means I go from bending over to fetch their them eggs from the coop to crawling around on my belly to hunting for hidden ones eggs.

One of the most aggravating things about this current egg strike is that people in my life have come to expect eggs from me, and they just arenâ€™t getting any. When I tell them my hens arenâ€™t laying, they look at me skeptically, as if Iâ€™m holding out on them. If they lived with chickens like I do, they would understand. You can bring a hen to the nest box, but you canâ€™t make her lay.