From The Herb Garden: Oh, Oregano!

Nearly ubiquitous on spice racks the world over, easy-to-grow oregano brings flavor to a wide variety of dishes and a range of medical uses, too. 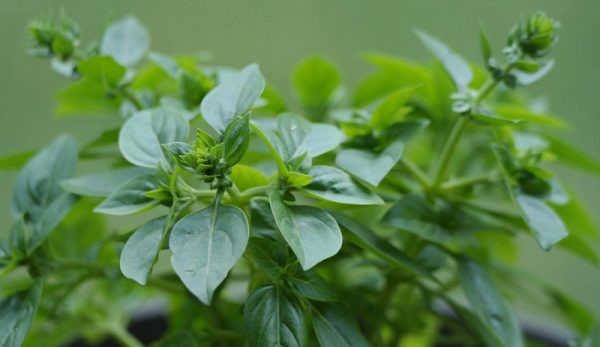 The peppery leaves of oregano are most well-known for their use in Mediterranean cuisine. But for centuries, this pungent herb has also been highly prized for its medicinal qualities.┬Ā ┬Ā

Originally native to the Mediterranean region, oregano is now naturalized across much of the northern hemisphere. A member of the mint family, the herb is a perennial. However, it is sometimes grown as an annual in areas with harsh winters.┬Ā

OreganoŌĆÖs Latin binomial is Origanum vulgare. The genus Origanum combines the words ŌĆśorosŌĆÖ, or mountain, and ŌĆśganosŌĆÖ, meaning brightness. This name, ŌĆśbrightness of the mountainŌĆÖ fits an herb that cascaded across the sides of the highest hills in Ancient Greece, reflecting the morning light off the dew on its leaves. ┬Ā

The specific epithet, vulgare, typically defines the ŌĆścommonŌĆÖ species within a genus. So many often refer to this herb as common oregano. ┬Ā

The plant is also sometimes referred to as wild marjoram, and itŌĆÖs closely related to sweet marjoram, O. majorana. These two plants are often used interchangeably, although oregano has a much stronger flavor and aroma.┬Ā┬Ā

Two other species of Origanum available to the grower also bear mentioning; O. onites, the Greek oregano and O. syriacum, from Syria. Both are beautiful plants, similar in flavor to the common variety.

Either of these herbs would make a fine addition to the garden.┬Ā

A list of oreganoŌĆÖs culinary uses would be almost endless as this versatile herb adds a depth of flavor and aroma to many dishes. But this herb most commonly pairs in the kitchen with tomato. This combination is practically ubiquitous! ┬Ā

You’ll find oregano in most tomato-based sauces, like marinara and pizza sauce, but it also brings delicious flavor to roasted meats and vegetables. The woodsy flavor adds vibrance to chicken and other poultry, and it also pairs well with other herbs in seasoning blends.┬Ā

Oregano, of course, features in the customary ŌĆ£Italian SeasoningŌĆØ blend found in practically every grocery store and spice cabinet across the country. But it is also an essential ingredient in the more elevated herbes de Provence, a traditional herb mixture from the Provence region of France.┬Ā┬Ā

Try infusing the herb, along with rosemary and thyme, in a high-quality vinegar. Let the herbs steep for one to two weeks. Blend with virgin olive oil to create a robustly flavored vinaigrette to drizzle on your salads and vegetable dishes.┬Ā ┬Ā

Read more: It’s time for thyme! Grow this delicious and healthy herb in your garden this year.

Possible medicinal uses predate its extensive culinary history. Ancient Egyptians used oregano both topically and internally for a wide variety of ailments, including stomach upset, minor wounds, infections and skin irritations. It was also prescribed as an antidote for poisoning.

Ancient Greeks, too, recorded many of these traditional uses.

Oregano is still a popular herb in the modern apothecary. A tea brewed from its leaves helps settle digestive issues or ease a persistent cough. Craft a salve to use topically on cuts, scratches and other skin abrasions. An antibacterial herb, oregano also does a great job at healing wounds.┬Ā

I explore the many medicinal uses of oregano in my book The Artisan Herbalist. If I could only choose a handful herbs to stock in my apothecary, this versatile ally would certainly be one of them!┬Ā┬Ā

Read more: Take on cold and virus season with this refreshing herbal tonic!

Oregano is an easy-to-grow herb that should be included in every garden! It prefers full sun but will still do well in partial shade. Oregano is somewhat drought tolerant, and itŌĆÖs also quite cold-hardy.

Once your plant is well-established, it should thrive for years to come!┬Ā

You can certainly start your plants from seeds as they germinate quite easily. Start your seeds eight to 10 weeks before your last spring frost. Transplant the young seedlings out into the garden after the weather warms and soil temps reach around 70 degrees F.┬Ā

This herb is incredibly prolific, and itŌĆÖs so easy to propagate via root division. Simply separate an already established oregano plant into clumps, ensuring that each piece has some roots still attached, and replant wherever you want your oregano to grow. Be sure to keep the ŌĆśnewŌĆÖ plants well-watered until theyŌĆÖve settled into their new homes. ┬Ā