How to Preserve Food

Whether smoking, canning, fermenting or dehydrating, you can learn how to preserve your crops like a pro. 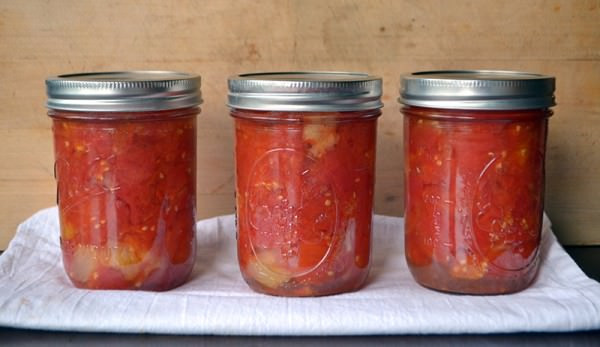 Moisture removal is the basic goal of many preservation methods, including salting, drying and smoking, says food historian Mercy Ingraham, who teaches open-hearth cooking and historical food preservation techniques in Hulmeville, Pa. A historical approach was to keep air away from food first by immersing foods in pathogen-killing substances ŌĆö such as acid, alcohol, salt, sugar or a combination of these ŌĆö then sealing food in containers with fat, pig bladders, flannel or leather.

Some foods ŌĆö such as meat, fruit and herbs ŌĆö can last for months after drying in the sun. Drying and dehydrating are the easiest and most basic ways to preserve food: If you take the moisture out of food, the microorganisms that cause spoilage canŌĆÖt survive. Dried food requires less storage space than fresh, frozen or canned food, and although drying food changes the texture and taste significantly, dried meat, fish and fruit provide excellent and flavorful concentrated sources of nutrients.

You can use a food dehydrator, an oven set to a low temperature or a simple drying box heated with a light bulb to dry your food. Only sun-dry fruit in dry, breezy, sunny weather. Foods that are suitable for drying include lean meats such as beef, venison and lamb; fish; juicy fruits such as apples, apricots, pears, plums, cherries and grapes; vegetables that donŌĆÖt keep for long when fresh such as peas, corn, zucchini and peppers; and fresh herbs. Lettuce, melons and cucumbers donŌĆÖt dry well. Store dried foods in airtight containers to prevent moisture from seeping in.

Another way to draw moisture out of food and infuse it with a smoky flavor, smoking does not use enough heat to cook the food, just enough to dry it. Traditional smoking methods include hanging meat in the chimney or drying food in the oven. Historically, those with more resources sometimes built smokehouses. Today, you can build a smoking box or even a smokehouse if you have the space. Many barbecue grills also have smoke-box attachments with thermometers.

Salt draws the moisture out of food so it lasts longer. Salting often is used as a first step in smoking, fermenting or drying. Salting used to be a common method of preserving pork, cod and other kinds of meat.

Sugar preserves food, but because white sugar typically was more expensive in the past, or difficult to come by because of its rarity, it usually was used in smaller quantities or to candy fruits and flower petals.

While salted and sugared food originally was preserved without refrigeration in the past, refrigerating your salted or sugared food today will help it last even longer and reduce the chance of spoilage even further.

In addition to sugar, gelling agents such as pectin are used in food preservation. Pectin occurs naturally in many sweet fruits. You can make jelly, jam, preserves, marmalade or fruit butter out of many fruits by adding pectin and processing the fruits in a boiling-water or pressure canner.

Another form of jelly is gelatin, made from boiled bones. Traditionally, meat and fish were preserved in this natural gelatin or aspic.

Another ancient preservation technique, pickling involves sealing food in an acidic liquid to avert microorganisms. While cucumbers certainly are the most popular pickling vegetable, other pickle-ready vegetables include asparagus, beets, carrots, cauliflower, brussels sprouts, okra, sweet and hot peppers, and zucchini as well as relishes made of chopped pickles or other mixed vegetables. You also can pickle herring, some meats and eggs. Today, pickled foods typically are processed in a boiling-water canner to kill any microorganisms that survived in the pickling liquid.

Alcohol is a fermented product. Yeast transforms the natural sugars found in fruit or grain, producing alcohol in the form of wine or beer. The alcohol becomes its own preservative, made even more immune from spoilage through distilling.

Unlike other forms of preservation that inhibit microbial action, fermenting foods utilizes microorganisms. People have been fermenting milk to make cheese and yogurt for thousands of years. Once fermented with natural bacteria in the air, today cheese and yogurt are inoculated with bacterial cultures specifically designed for these dairy products. You can purchase these cultures to make yogurt or cheese at home.

Freezing is an easy way to preserve food in nearly its original state. Blanching vegetables (boiling them for a short time, then plunging them in icy water to stop the cooking process) or sugaring fruits preserves their color and texture. Many foods freeze well, including most fruits, vegetables, meat, poultry and fish. Foods that do not freeze well include lettuce and other leafy greens (kale and collard greens are exceptions), cabbage, celery, cucumbers (unless pickled), eggs and most dairy products, such as milk, cheese and sour cream, which change in texture.

During the late 18th century, food preservation took a big leap forward with the invention of canning. In an effort to find a way to keep his armies fed, Napoleon Bonaparte offered a cash prize to the person who could develop an efficient way to preserve food, according to the Canned Food Alliance (www.mealtime.org). A French cook named Nicholas Appert invented canning upon realizing that if wine could be preserved in glass, food could be, too, if it was sealed and heated. He won NapoleonŌĆÖs prize, and the world won a new food-preservation technique. As you can tell just by looking at the canned-food aisle in your supermarket, most fruits, vegetables and meats can be canned safely. You can do it yourself at home with the right equipment.

Another traditional way to preserve meat and seafood as well as some vegetables was by potting, a process of packing food into a jar and sealing it with fat to keep out microorganisms and oxygen.

Before refrigeration, many people used root cellars to store produce during the winter. Root cellars are still practical today. Why bother to freeze, can or dry your root vegetables (potatoes, cabbages, winter squash, onions and garlic) when you can preserve them in their natural state for months at a time in a root cellar?

A root cellar can exist in many places: a cool, dark basement; an underground cubby beneath a porch; a well-insulated shed; a corner of the garage; or a trash can buried in the ground. As long as the root cellar stays just above freezing levels with relatively high humidity, it provides a good place to store many preserved winter vegetables as well as all the preserved food youŌĆÖve put up in jars and bottles at harvest time.

When you canŌĆÖt seem to eat all those apples, oranges, carrots or beets, consider juicing them. A juicer squeezes the juice from the fruit pulp, straining it into a separate container. Freshly squeezed juice wonŌĆÖt retain its nutrients for very long, so juicing isnŌĆÖt a preservation technique in itself, but fresh-squeezed juice can be frozen for later use. You also can pasteurize juice by boiling it to prolong its shelf life.