Living mulches restrict weed growth, reduce soil water evaporation, limit erosion and support pollinators. Here are the best living mulches for your garden and how to use them. 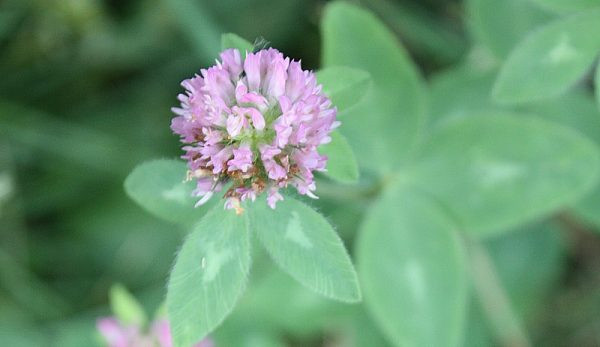 Most gardeners know how useful mulch can be for limiting weed growth and reducing irrigation needs. But, we tend to think of mulches as non-living materials. Straw, leaves, shredded bark, wood chips, compost and the like all make wonderful mulches, but another alternative offers a whole host of additional benefits to your garden: living mulches.

What Are Living Mulches?

A living mulch is a low-growing plant that’s planted with the aim of limiting weed competition around crop plants, sheltering the soil, reducing evaporation and erosion, and stabilizing the soil’s temperatureâ€”many of the same traits found in the non-living mulches listed above. These plants are planted around, between and beneath harvestable crops when the crops are not yet mature. Living mulches are much like cover crops, except they’re used when the fields are active, instead of after the crops have been pulled or during the dormant season. Living mulches offer many added benefits beyond those of traditional mulches.

The Benefits of Living Mulches

In addition to the items mentioned above, living mulches also often increase populations of pollinators and other beneficial insects, especially if they’re capable of providing pollen, nectar and habitat to these insects. Several studies have shown that incorporating certain living mulches into your farm plans will increase pest predation rates and pollinator diversity.

In addition, depending on the species of plant you choose for your living mulch, these plants can also improve soil health. At the end of the growing season, or at the start of the subsequent one, the mulches are tilled into the soil, adding nutrients and organic matter as they decompose.

Where to Use Living Mulches

While not just any plant will act as a good living mulch, there is a wide selection of plants that will. Seeds of these living mulch plants are sown into the soil around newly planted transplants or in between crop rows. They’re especially effective when used beneath taller, upright crops, such as tomatoes and peppers, or beneath crops that are trellised, such as pole beans, vertically grown cucumbers and the like.

Living mulches can also be an effective tool in vineyards and orchards, where one or several species of plants are used as an under-planting beneath the vines and trees.

Living mulches can consist of a single plant species or several different plants sowed into the field around crops together, to form a matrix on top of the soil.

What Are Some of the Best Living Mulch Plants?

Though gardeners have many choices when it comes to living mulch plants, most discover their favorites after a season or two of trial and error. Here are some species and effective ways to use them:

Annual Clovers: Annual clovers, such as Crimson clover (pictured above), Berseem clover and rose clover, make great living mulches, especially around cool-season crops. When using annual clovers, be sure to mow the plants before they set seed in the late summer or fall.

Alfalfa: This member of the legume family also makes a great living mulch, but it’s perennial nature in warmer climates means you’ll have to turn it deeply into the soil each season. In the north, it’s often winterkilled. It works great in pumpkin, melon and winter squash patches, as well as between orchard and vineyard rows.

Annual Rye Grass: Often used as a cover crop, annual rye also works as a living mulch, if you’re able to contain its growth with an occasional mowing. Don’t sow the seeds too thickly, and don’t allow the plants to set seed. When you mow, let the trimmings lie in the garden for added soil cover.

Lacy Phacelia: This flowering annual is superior for supporting bees and other pollinators. It works great around taller crops, but be sure to trim off and collect the seed heads before they drop seed in the late summer.

Vine Crops: Another alternative living mulch is one that can also be harvested. Petite-leaved vine crops, such as gourds, mini pumpkins, cucumbers, sweet potatoes and others can be planted beneath other crops and left to ramble across the soil beneath them. The vines help shade the soil and act as a mulch. Plus, you’ll get to enjoy the rewards of this living mulch, too.

Be Aware of These Things When Using a Living Mulch

As with most things, there are a few downsides to using a living mulch.

1. Competition: Though living mulches can help reduce competition from weeds, they can themselves created added competition for crop plants. Keep them regularly mowed, if necessary, and make sure they don’t restrict air and water movement around your plants.

2. Smothering: Don’t use living mulches around very shallow-rooted plants, such as blueberries. A dense stand of living mulch around these plants could restrict root growth.

3. Overzealous Reseeding: Some types of living mulches reseed prolifically, if they’re allowed to fully mature. As with cover crops, pay attention to the maturity of your living mulches and keep them mowed accordingly.

4. Disease Encouragement: In some cases, particularly during wet years, a stand of living mulch can restrict air movement around crops. This may encourage certain fungal pathogens so care should be taken to ensure the living mulches don’t crowd against crop foliage.