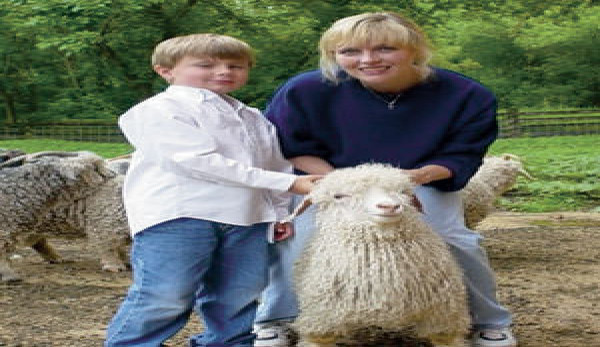 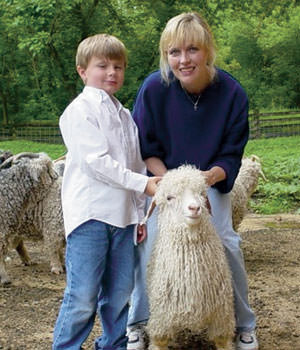 While I was growing up, I would go outside and listen to what the farm was speaking to me. The hills, the wind and the creek gave me such inspiration.Â Sometimes, I would stand perfectly still beside the creek and, barely breathing, I would look around at the hills in awe. With goose bumps on my arms, Iâ€™d feel oddly at one with nature. â€śAm I actually a part of all this?â€ť I would wonder. I canâ€™t explain the feelings that entered my soul through the beauty of nature, but perhaps you understand.

As a little girl, I would dream big dreams of what I wanted to do with my life, but there was always that nagging sense of not wanting to leave the farm. I did eventually leave, spreading my wings ever so slightly by moving to a nearby city. Visits to the farm and my parents were frequent, and I silently mourned whenever I had to go back to my house in town. The void inside of me was persistent, except for when I made those visits and could again wander the familiar paths through the woods, beside the gurgling creek and around the barn. I prayed that I could come back for good someday, but never dreamed that it would actually happen.

In 1999, unbelievable circumstances made my dream possible. My father became ill with a heart condition. In a matter of five months, he deteriorated and passed away. Not even two weeks before he passed away, his and my motherâ€™s house burned to the ground due to faulty, outdated electrical wiring. My mother was devastated and we were in shock-driven grief. As time passed, it was evident that mother did not want to rebuild on the farm. She desired a place in town.Â Selling the beloved farm was out of the question, and my husband and I were given the chance to move there. We built a house right on the old house site (my idea of defying fate) and are now here, raising our four children.

The void I once felt was gone, and time and faith healed the grief over losing what once was. What replaced that was the question lurking in the minds of my husband and me: what on earth do we do with a farm? For starters and in honor of the Norwegians that settled there over 100 years ago, we dubbed the place â€śSkjonsbergdalen Farm,â€ť which is Norwegian for â€śPretty Rock Valley Farm.â€ť

As a child, I wasnâ€™t given the wonderful opportunity to raise any type of farm animals; my father instead opted to use the 100-year-old barn and other buildings solely for storage (he was an avid antique collector). I knew one thing as I walked around the farm that was now mine: I was going to fill this place with new life. This idea inspired and filled me with a newfound sense of purpose and ideas. Thoughts raced through my head. New life! We needed a fresh, new beginning for the farm that had lain mourning and empty for the period following my fatherâ€™s death and the fire. Now the question was: What should we raise?

Enter my hairdresser (you may ask yourself what sheâ€™s doing in this story!). I told her my dilemma during one of her famous cuts and she told me about one of her other clients who raised goats. I laughed at the thought. Goats? Me raising ugly, tin-can-eating goats? Open to anything, I took the number she offered and went home. One phone call and a few days later, I found myself at a goat farm, standing in the middle of a herd of goats. These goats were not eating tin cans and they were not ugly. They were goats and admittedly one of the prettiest animals I have ever seen with their long, curly locks of mohair cascading down each side of their backs. They looked at me with their soft eyes and I swear some of them said â€śTake me home!â€ť I was hooked and six followed me home.

They made their palace in the barn, along with the chickens, bunnies, sheep and llamas (do you think I got a little carried away with the adding life thing?).Â We bought a book on raising goats and it became our second Bible. We set to breeding them and before we knew it, we had 20 goats. We learned the hard way that the bucks can be very destructive. No, a mature buck in rut does not want to dance with you in the barnyard; heâ€™s charging because he wants to hurt you. The does, on the other hand, are precious. Have you ever hugged a goat? Ours accept those hugs in stride. Not only good for eating up hugs, the herd readily did their job of eating away all of those ugly weeds on the property. The best part of all is that they have helped give beautiful life back to the farm. One of the most peaceful feelings is to look out a window and see the Angoras grazing in the pasture.

As with any animal, there is extra work involved in raising Angoras properly.Â We raise them for sale, but also for their lustrous mohair. We shear twice a year, in spring and in fall. It is quite an event. We tried to do it ourselves the first year, but it was a daunting task. Through a referral, we found a professional shearer, David Kier, to come and do the job. When he pulls up in our driveway, an instant alert turns the goatsâ€™ bodies into rigid but curious stances. I can just hear them, â€śOh no, not this again!â€ť One would think that, by now, they would realize that he is not there to hurt them.Â

The goats must not have anything to eat for at least 12 hours before the shearing. We try to confine them to their stalls for that amount of time. As David is setting up his shearing machine, all eyes are on him and the barn is curiously quiet. We bring the first goat out, and David will maneuver it on its rump and start shearing its belly. As soon as the machine starts whirring, the bellows resound throughout the barn. Murder? A cruel joke? No one ever goes willingly. David can shear a goat in roughly five minutes. That beats my husbandâ€™s time by about 45 minutes! As the mohair falls off, I will collect the good pieces and bag them. This is the beginning of my job of marketing it. I weigh each fleece, skirt through the entire bag, wash it and package it for sale. Itâ€™s always a thrill to know that the beautiful fiber that was grown on our century farm will go to a hand spinner in , for example, or a doll maker in .

After a job well-done, David will drive away at the end of a shearing day and I will look at the now-naked goats kicking up their heels with their new sense of freedom from the heavy load they carried. Gazing beyond them, at the hills and sky surrounding our farm, I will sigh. Yes, the farm is still speaking to me. I have found a new life on this place. I never imagined it would be so fulfilling. The wind, the creek, the leaves rustling on their branchesâ€”their sounds are now entwined with the new sounds that werenâ€™t there in my childhood: the sounds of my children playing in the yard and the bleats of the Angoras in their pasture. I listen, and a tear will trickle down my cheek. I am home.