What The Heck Is A Rutabaga?

You might have heard of this sweet root vegetable in name but have no clue about incorporating it into your garden or kitchen. Well, now that mystery is revealed. 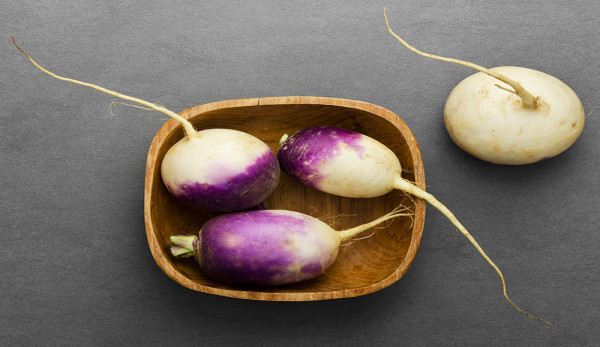 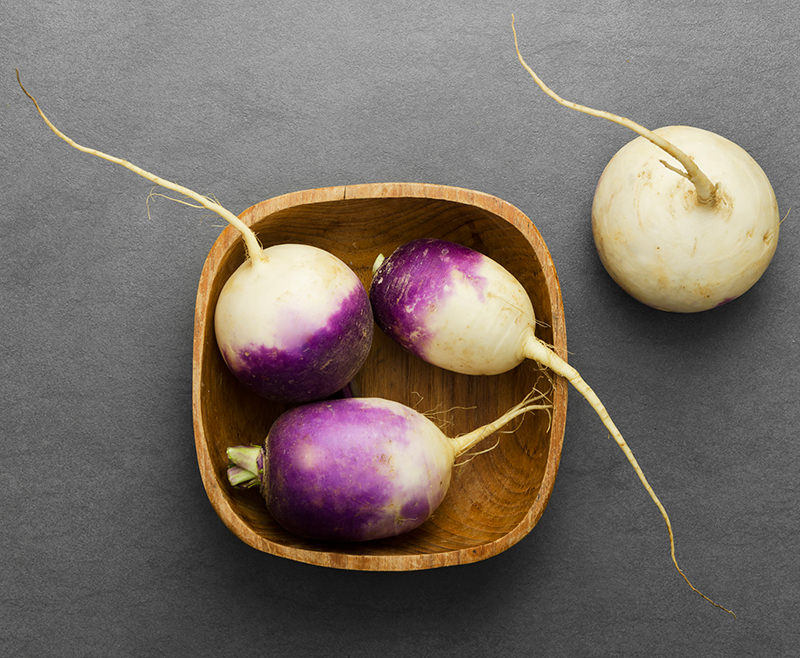 Have you ever wondered what exactly a rutabaga is? Where does it come from, what does it look like, and what exactly can you do with a rutabaga when you harvest one? I am quite certain that I am not alone in these queries. Whenever Iâ€™m in the grocery store purchasing unfamiliar root vegetables, like jicama, the cashier almost inevitably asks if I am purchasing a rutabaga. It seems like the name is familiar to everyone but not much else is known about them.

Rutabagas (Brassica napobrassica) are root vegetables best known for their edible taproot. Each plant produced a bulbous softball sized roots that typically reach 4 to 6 inches in diameter but can be even larger with certain cultivars. Rutabaga roots are typically yellow or white fleshed and marked on the exterior with a purple top or crown. The thick smooth cabbage-like greens of the rutabaga plant are greenish blue in color and also are edible.

Rutabagas first arrived in North America in the late 18th or early 19th centuries, brought by various groups of European immigrants. The rutabaga seems to have originated somewhere in Scandinavia and was well documented by the 17th century. Based on scientific studies, the rutabaga appears to have been the result a lucky cross between a white turnip and a cabbage plant that occurred several hundred years ago. A likely Scandinavian origin explains some of the other common names of the rutabaga, including the Yellow Turnip, Swede, Swedish Turnip or Canadian Turnip. The name rutabaga is a distortion of the Swedish term rotabagge, which roughly translates to mean thick root.

When considering growing rutabagas, gardeners need to play close attention to their local climates, as these root vegetables need to mature in cool weather. This makes them a terrific fall crop for many colder zones and a winter crop in warmer zones. It is a good idea to contact your local extension service for the best time of year to plant and for help identifying the most successful cultivars for your region. Because rutabagas are members of the mustard family, they share many of the same pests and disease issues commonly found with broccoli, cabbage or turnips.

There are a variety of culinary applications for this sweet-flavored root vegetable, including pan roasting, mashing, boiling and baking. Some of the most common applications for the rutabaga tend to involve their use in stews or soups. When cooking with these nutritious root vegetables, select smaller roots as the largest rutabagas tend to tough and woody.