The sustainable agriculture leader shares his views on the changing food system. 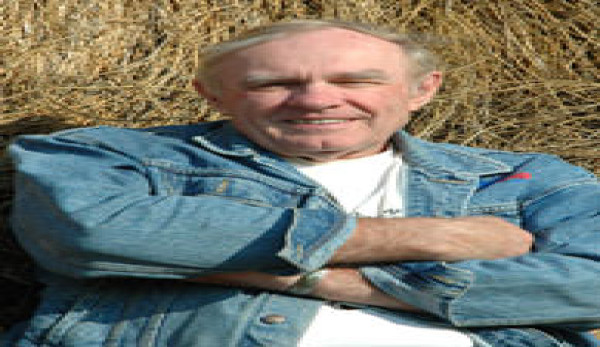 Frederick L. Kirschenmann, PhD, a longtime national and international leader in sustainable agriculture, shares an appointment as Distinguished Fellow for the Leopold Center for Sustainable Agriculture at Iowa State Universityãcreated by the Iowa legislature to develop sustainable agricultural practices that both conserve natural resources and turn a profitãand as president of Stone Barns Center for Food and Agriculture in Pocantico Hills, N.Y. He is also a professor in the ISU Department of Religion and Philosophy and continues to oversee the management of his family’s 2,600-acre certified-organic farm in south-central North Dakota.

Kirschenmann serves on several boards and chairs the Whiterock Conservancy, a nonprofit that manages a 5,000-acre conservation area in west-central Iowa. He helped convene and continues to be active in Agriculture of the Middle, a multi-state task force that focuses on research and markets for mid-sized American farms. In 1978, he helped organize North Dakota Natural Farmers, which later became the Northern Plains Sustainable Agriculture Society. He helped found Farm Verified Organic, Inc., an international private organic-certification agency, and served as president for 10 years. He is the former director of the Leopold Center and has held numerous appointments, including to the USDA National Organic Standards Board and the National Commission on Industrial Farm Animal Production, operated by the Johns Hopkins School of Public Health and funded by Pew Charitable Trusts.

Recognized widely for his work, Kirschenmann has written extensively about ethics and agriculture, with articles published in several books and professional journals. In April 2010, the University Press of Kentucky published Kirschenmannãs Cultivating an Ecological Conscience: Essays from a Farmer Philosopher. He was one of the first 10 recipients of the James F. Beard Foundation Leadership awards in 2011 and received the 2012 Sustainable Agriculture Achievement Award from Practical Farmers of Iowa. Other awards include the Seventh Generation Research Award from the Center for Rural Affairs, the first Medal for Distinguished Leadership in Sustainable Agriculture from the Glynwood Center in New York, and the National Resources Defense Council Thought Leader award.

Hobby Farms: Your family history is rooted in farming, but when did you know you wanted to commit your personal work to sustainable agriculture?

Fred Kirschenmann: I was introduced to organic agriculture by a student of mine during my early career in academia. My father had instilled in me the need to take care of the land, and when I discovered that soil could be improved by proper organic management, it stirred a passion in me to return to the farm and convert it to an organic operation. In my attempt to design a proper organic farm, I became interested in the broader issue of sustainability and have been involved in the movement ever since.

HF: How have you seen the sustainable-agriculture climate change over the past 20 years, and what do you think we can expect to see in the next 20?

FK: For most of the past 20 years in sustainable agriculture, the assumption has been that the world of agriculture was relatively stable and what we needed to do was to find ways to reduce negative impactsãreduce the level of soil erosion, reduce toxic pollutants in our water, et cetera. What we know now, from experience as well as from the sciences of ecology and evolutionary biology, is that no system is stable, that all systems are constantly evolving and replete with emergent properties, so we have to constantly adapt to changing systems. As we contemplate changes that will take place in the next 20 years, sustainability will have to focus on resilienceãthe end of cheap energy; depleting minerals, metals and fresh-water resources; more unstable climates; et ceteraãand will require future agriculture systems to be designed to absorb the shocks and disturbances of these events. The Resilience Alliance and the ecological economics societies are providing us with some good information to begin redesigning our food and agriculture system to meet those challenges.

HF: You’ve written about the problems with creating Farm Bills spanning half a decade at a time. What changes do you consider necessary to support agriculture in America?

FK: I think the two key things we have to do to prepare for the redesigned systems we need to implement are to restore the biological health of our soils and to restore the biodiversity and genetic diversity that are the foundation of a self-renewing and self-regulating production system. We will also likely redesign the food system. The uniform global food system, which is based on a one-size-fits-all concept, will likely crumble as energy costs go up, and we can now imagine a food system based on a global network of food hubs where as much of the food as possible will be produced by people in the food hub for people in the food hub, but all of the hubs will be in communication with one another through Facebook, Twitter and other communications networks to determine appropriate exports and imports from one food hub to another. Food sovereignty, which is a concept that is already taking hold in many developing countries, is likely to become more popular as people in each food hub cease to be passive recipients of food and become active food citizens, engaged in designing appropriate food systems for their own regions.

HF: The theme of resilience runs through much of your writing. How are resilience and sustainability related, and what role do small-scale farmers play in building resilient and sustainable food and farming systems?

There is a growing body of resilience literature, going back to some of the seminal work of C.S. Holling and now championed by the Resilience Alliance. The delightful book by Brian Walker and David Salt, Resilience Thinking: Sustaining Ecosystems and People in a Changing World (Island Press, 2006), is a good foundation resource for how to adapt systems to resilience management.

This new way of designing agriculture will be more viable for smallholder farms than for large monocultures, and most of the worldãs farmers in developing countries are small-scale farmers. We need to reach out to them in ways that have been articulated by recent United Nations reportsãInternational Assessment of Agricultural Knowledge, Science and Technology for Development, Right to Food, Save and Grow, et cetera.

HF: What’s one piece of advice you have for beginning small-scale, sustainable farmers?

FK: The good news is that there is a whole new generation of farmers who want to farm, and theyãre mostly aware of the challenges facing them. For the most part, they do not want to do commodity agriculture; they want to grow food for people and have relationships with the people for whom they grow food. This provides many opportunities to develop meaningful relationships that can help them get started. They need opportunities to do internships to learn how to grow the food they want to produce. Fortunately, there are increasing opportunities for them to do that. Additionally, they need access to land, access to affordable capital and access to the kind of markets that enable them to pay off their investments and have a decent life. I think everyone interested in our future food system can support those objectives.

We now know that healthy, nutritious, good-tasting food is not more expensive in the long run than junk food, and we need to help the consumer public understand that they can eat better and affordable food by becoming part of the new food hub I mentioned above. Public policy needs to be developed to make affordable capital and land available to beginning farmers. It is in the public interest to do so.