10 Soil Diseases and How to Save Your Crops

Battling garden diseases can be a nightmare. Learn how to detect problems early and keep them out of your garden with these tips. 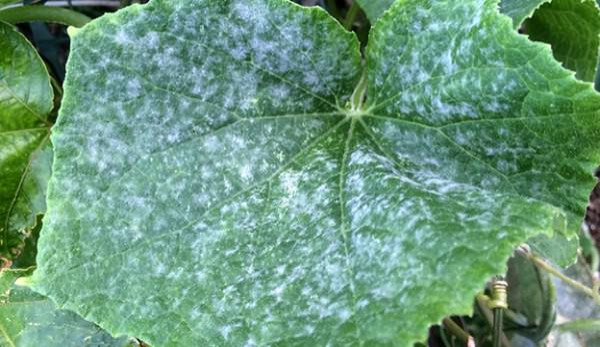 Soil is just like any other living organism: It’s susceptible to viruses, harmful fungi and bad bacteria, especially when itâ€™s out of balance. If your soil gets one of the diseases listed belowâ€”some of the most prevalent and pervasive soil-borne problems in agriculture todayâ€”entire crops can be destroyed, and in some cases, the diseases cases be very difficult to remedy. The key to keeping your soil and crops healthy is prevention. Even if your farm doesn’t currently have one of these diseases, use the tips below to keep it that way.

Prevent It: Growing in high-quality soil with good drainage is the best way to prevent damping-off. As for seedlings, thin young plants to create better airflow, and don’t overwater. Consider planting into sterilized soil or companion planting with garlic and chamomile, which have been known to help reduce the fungus.

Get Rid Of It: Once you have damping-off, lighten up on watering, preferably using a mister. Thin young plants and move them to a warmer area to encourage more rapid seed growth.

Crops Affected: melons; strawberries; and nightshades, such as potatoes, peppers, tomatoes and eggplant

Symptoms: Leaves wilt and die, typically from the soil upward.

Prevent It: You can purchase wilt-resistant seeds, but also check any plants you buy for wilt, and never transplant a wilting plant into your garden.

Get Rid Of It: Verticillium wilt is very difficult to get rid of, though healthy, well drained soil will help. Soil solarization has been shown to reduce occurrences.

Prevent It: Buy seeds resistant to downy mildew, and if irrigating, irrigate from below to keep the leaves as dry as possible. Rotate crop families every season, and cover the transplanted crops with row cover if youâ€™ve experienced downy mildew in the past.

Get Rid Of It: There has been some success ridding downy mildew with bio-fungicides. The Organic Gardener’s Handbook of Natural Disease and Insect Control (Rodale Books, 1996) recommends “a dilute solution of copper spray to reduce the spread of the disease.”

Symptoms: Yellowish spots appear on the top of leaves and purple spots appear below, most commonly in warm, wet weather.

Prevent It: As with downy mildew, buy resistant seeds and irrigate from below to prevent creating a culture where powdery mildew can thrive. Row cover can help prevent bugs from transferring disease from plant to plant. Rotate crops each season.

Get Rid Of It: This disease spreads easily among plants, so consider tearing out any affected plants and throwing them away. (Do not compost to avoid risk of spreading the disease.) Early applications of milk spray has also been shown to help prevent powdery mildew.

Symptoms: Leaves wilt on the stems.

Prevent It: You can grow cultivars that are resistant to this wilt, but the best prevention is using row cover to keep cucumber beetles and other bugs from transmitting the disease.

Get Rid Of It: There is no easy way to get rid of bacterial wilt. If you see the infection, remove the plants from your garden.

Symptoms: Starting near the bottom of the plant, yellow patches appear on leaves and may turn brown or black. Shoots may also become stunted and produce deformed flowers.

Prevent It: Plant resistant cultivars, and always plant in well-drained soil with good air circulation. Clean up plant debris every season. Irrigate from beneath the plant if possible.

Get Rid Of It: Destroy any affected parts of the plant. Thin plants if possible for better air circulation.

Crops Affected: Thousands of crops are affected by this disease, including corn, tomatoes, lettuce and potatoes

How to Prevent: Plant resistant varieties when available. Marigolds, used as a cover crop and tilled into the soil at the end of the season, have been shown to help prevent the disease. Healthy soil full of organic matter will likewise help crowd out the nematodes.

Get Rid Of It: Neem oil has been shown to help rid a garden of nematodes, though they are difficult to eradicate in the current season. Add compost and organic matter to soil at the end of the season to improve soil quality for the next year.

Symptoms: Bacterial soft rot presents itself in many different ways, but it primarily attacks tubers, rhizomes, bulbs and corms, creating black spots, yellow spots, a rancid odor and rot. It can also affect already harvested crops, including potatoes and carrots.

Prevent It: Plant in well-drained soils with good circulation. Keep areas around the garden, storage houses and greenhouse free of plant debris.

Get Rid Of It: There are no known remedies. Dispose of affected plants, and do not bury or compost.

Symptoms: This disease can affect both the leaves and fruit, appearing often as leaves with mottled yellow patches or stunted growth of the fruit with both green and yellow spots.

Prevent It: You can find mosaic-virus-resistant seeds, and shielding the plants with row cover helps prevent bugs from bringing the disease. Always rotate crops.

Get Rid Of It: If you find you have mosaic virus, tear up the plants and throw them away. Mosaic virus is highly contagious and can destroy a crop and spread to others.

Symptoms: This disease doesnâ€™t usually affect the yield of a crop, but can blemish crops with small, rough, corky spots making them unsuitable for sale.

How to Prevent: Lowering the soil pH to below 5.2 can help reduce the chances of scab. Purchase disease-free seed when available.

Get Rid Of It: Because scab is generally discovered upon harvest, itâ€™s hard to detect. Keep soil evenly moist and rotate crops every season to avoid the fungus.