10 Tips for Crowdfunding Your Next Farm Venture

Involve your biggest supporters in your next farm project with a campaign that will allow them to help meet your financial needs. 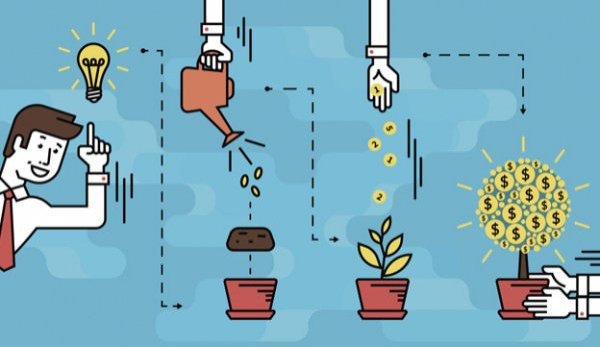 Sometimes success for a small farmer can hinge on just one machine, one barn or one herd of animals. Of course, those things require money‚Äîsometimes a lot of money‚Äîwhich isn‚Äôt always readily available to farmers. However, the Internet has opened up several exciting new opportunities for farmers to raise the proverbial barn and allow people from all over the world to pitch in via crowdfunding.

Crowdfunding is a way of gaining capital for a farm project from several different donors‚Äîthink fundraiser the whole world can attend. Raising money this way takes a great deal of work, but if done right can provide the farmer with a much needed boost for their business. If you‚Äôre thinking of starting your own crowdfunding campaign, here are 10 tips to make it a success.

If social media is not your thing, you may find Internet-based crowdfunding thoroughly difficult. Crowdfunding success not only requires you to receive donations from friends, family and supporters, but for those people to also share your campaign via social media. This starts with your sharing the campaign on your farm‚Äôs Facebook, Twitter or Instagram account and other preferred social-media sites. Make your posts engaging, and thank your supporters for donating and sharing links to your campaign.

Before your campaign begins, write to friends, family and people of influence who may be able to give your campaign a boost, letting them know what you’re up to. Ask them to share it on their blogs and social media in the first few days that the campaign goes live. Also, write other people who may not be as Internet savvy once the campaign is live and ask for their support. These campaigns take a lot of work and a lot of participants. Be prepared to ask everyone you know to tell everyone they know‚Äîagain and again.

There are many good crowdfunding sites out there. Below are four popular ones, but don’t feel like you are limited to these few. Take a little extra time to research until you find the one right for your and your venture.

Like starting any business endeavor, timing is everything. And luckily most of the year is good for crowdfunding except, emphatically, Christmas. Start your campaign too close to the holiday season, before or after, and you are likely to see a significant increase in apathy. Stick to the months between February and October for the best chance at success.

5. Write and Rewrite Your Campaign

All of the aforementioned sites will give you a campaign template and several suggestions on how to write it. Your campaign should be clear, friendly and to the point. If writing isn‚Äôt your forte, ask someone you know who’s good with words to lend a hand. Have friends proofread the final draft. Take this part seriously‚Äîwhat your campaign says can turn people onto helping you or dismissing you.

Consider hiring someone or asking a friend to shoot a nice video for your campaign if you‚Äôre not able to do one yourself. The video should be a concise version of the text, but also contain plenty of attractive visuals. The same goes for any photos you include‚Äîstay away from blurry cellphone pictures. Potential donors really respond to the visual element of the campaign, and it can make all the difference.

An incentive is something you offer that potential contributors will get if they donate. You should absolutely offer them even if the site doesn’t require it, but don’t go overboard. Where a lot of people struggle in the crowdfunding world is they make promises that ultimately cost them a large portion of their donations or time, such as offering a T-shirt for a $20 donation. Don’t do that (unless you have an unreal amount of T-shirts).

Instead, offer postcards and hand-written thank-you notes (print some here) for small donations and other gifts for higher donations. Be creative. Look at other campaigns and see what they’re offering. People will give to your cause because they love you and what you’re doing, but they will also give to your cause because they like what they get out of it.

The first two days a campaign goes live are the most important. This is where you establish the legitimacy of your campaign, and where your groundwork and social media will come in handy. If you can have a successful first week‚Äîsay 20 percent or more of the goal‚Äîodds are you will meet that goal. Again, get as many people to share and donate as possible. It will set the pace for the rest of the campaign.

After the first week or so you should expect a drop off in campaign interest, but don’t get frustrated. What you’re aiming for is to be at least 50-percent funded by the final week. During that final week the contributions will pick back up, and if your friends and followers can see that you have momentum, they‚Äôll dive right in to help you meet your goal.

It‚Äôs definitely humbling to not get a lot of donations for several days at a time, but keep working on it, sharing it and asking people to share. Again, crowdfunding is harder work than most people realize, but the ultimate goal is worth it. If you have a blog, write a lot. Update people on how it’s going, how you’re feeling, and how important this project is to your farm. Of course, always link to the campaign in these posts.

10. Meet Your Goal in the Homestretch

In the last week, push your campaign as hard as you can. Send emails to friends. Post it on your social media, and ask others to do the same. Get people involved, remind them why it’s important and point out how well you’ve done so far. Again, 50 percent of your goal by the final week is a good sign you‚Äôll be successful; you just have to inspire others to get you the rest of the way.

If you read through this list and found yourself feeling a little daunted, maybe Internet-based crowdfunding isn‚Äôt for you. People have been raising money in other ways for years. Raffle tickets, for one, is always an excellent way to raise capital. It doesn’t hurt if you have a social media presence for this, but you can always take a raffle to your church or school or just hit the pavement. If you’re raising money for cheese-making equipment, for example, offer a year’s worth of cheese to the winner. You could also consider a good old-fashioned fundraiser, complete with music and prizes. Auctions and car washes work, too. If this project is important to you and your farm, you will find a way to make it happen.