1,000-plus Coleus Cultivars to Color Your Garden

I like interspersing annuals into all my perennial borders—sun and shade alike—because they provide near-constant color and are fast-growing. 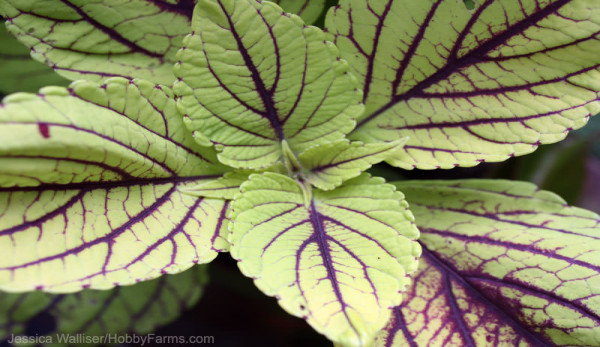 I have a lot of shade in my garden, and sometimes I feel like it’s a struggle to find the right annuals to fill in the gaps between my perennials and shrubs. I like interspersing annuals into all my perennial borders—sun and shade alike—because they provide near-constant color and are fast-growing. Angelwing begonias, impatiens and caladiums are constants in my garden for this very reason. This year, however, I’m especially looking forward to expanding my options through some of the fun and funky coleus cultivars on the market.

Former darlings of the Victorian garden, coleus have made their way back onto gardening’s hot list. These members of the mint family come in an astounding array of colors, sizes, growth habits and leaf shapes—we have several different plant breeders to thank for it. Plus, many varieties are no longer bound by the shackles of shade. Many of today’s selections perform beautifully even in full sun.

Coleus are desirable primarily for their richly colored foliage. In fact, their blue flower spikes are fairly boring (though the hummingbirds might argue with that). Take a variety called Darth Vader. This particular variety grows up to 2 feet tall, enjoys full sun just as much as partial shade, and has crazy, deep purple, lance-like leaves with a ruffly chartreuse edging. And then there’s Thumbelina.  Standing at just at just 8 to 10 inches high at maturity, Thumbelina is covered in tiny, bright green leaves, each stamped with a red thumbprint in the middle. And there’s an amazing array of beautiful possibilities everywhere in between.  In fact, the species has well over a thousand named cultivars!

In the 1980s the only coleus you could commonly find in greenhouses were grown from seeds. They were extremely variable, and though lovely in their own right, they were seen merely as a so-so, common place plant. Plenty of coleus are still grown from seed and many of the newer varieties are really terrific. Several common coleuses are grown from seed, including Black Dragon, the Kong series, the Versa series, and the Fairway series. You can grow these and other seed coleus quite easily by starting them indoors under lights in early March.

Then there are those varieties started from cuttings. Many of these cultivars are the result of one chance seedling that, either through selective breeding or simply by chance, features some unique trait. Because they were the result of cross-pollination and hybridization (whether intentional or not), there’s no way to recreate their good looks by saving and planting seeds. Instead, they must be vegetatively propagated through stem cuttings. This means that every single Gay’s Delight, El Brighto, Schizophrenia, Big Red Judy and all the other vegetatively propagated coleuses that exist in the world today came originally from just one mother seedling of that type. That’s why coleus grown from cuttings are usually more expensive than those started from seed.

And one last thing: Some of my favorite coleus are trailing types, including Trailing Strawberry and Trailing Psycoleus. They gracefully tumble over hanging baskets, retaining walls and decorative planters. I’m also looking forward to growing some of the lemon-yellow selections, including Moonglow and Lemon Twist, side-by-side with brilliant-orange Sedona and Copper Glow.

Check in next week to learn some tips for taking care of all the lovely coleus sure to find a home in your garden this coming season.