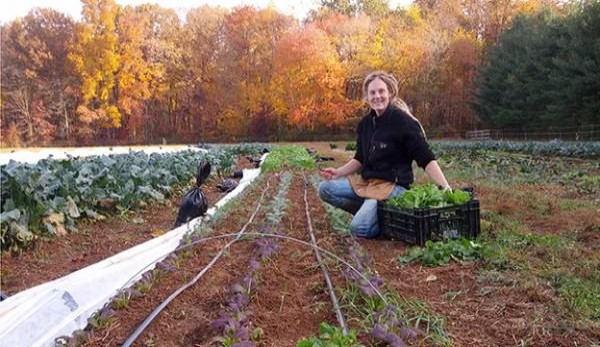 To be a farmer, you donâ€™t necessarily need to go around all the time saying things like â€śanhydrous ammonia,â€ť â€śhaylage,â€ť or â€ścombineâ€ť to make it sound like you know what youâ€™re talking about, but peppering your small talk with a few oddball farm terms can give you the same rep as tilting back your battered straw hat with just the right hand gesture. The next time youâ€™re at an auction or one of those awesome farmer cocktail parties, try tossing a few of these terms around.

A person who drives or operates a Caterpillar tractor. It is especially effective to declare oneself a cat skinner, and then when everyone turns hostile stares in your direction, laugh derisively and explain that you have a new tractor.

That guy you had a crush on in fourth grade because he had that thick blond hair and a Stingray bike with streamersâ€”or a breed of hog originating in Chester County, Pa., tracing back to a white boar from England in the early 1800s. The boar was crossed with local breeds to produce the ancestors of today’s Chester White. Your fourth-grade love is now in middle management in a small life insurance company, has gone completely bald and has traded in the Stingray for a 1987 Yugo; the hog breed, on the other hand, has done much better for itself. You should totally get one.

When a plant finishes making seed for the season, it stops flowering because it has already completed its mission to go forth and reproduce. Deadheading, or plucking off aging or dead flowers before they produce seeds, keeps the plant blooming longer. Also see â€śGrateful Dead fan.â€ť

A pointed tool for making holes in the ground to plant seeds. Yeah, basically a pointy stick. You can buy one on Amazon for 20 bucks. â€śDibblingâ€ť is the act of using a dibble to plant seeds or spring bulbs. The word sounds much sexier than it is. Really. Itâ€™s just poking holes in dirt.

Not, as you might expect, a mashup of â€śflabbyâ€ť and â€śnerd,â€ť but rather, â€śflockâ€ť and â€śherdâ€ť: the practice of pasturing sheep and cattle together, or really any multi-species flock/herd. Urban dictionary defines flerd as â€śa flock of nerds,â€ť but we farmers, being not at all nerdy, know better. Keeping a flerd helps improve soil quality and plant diversity, as different species prefer different forage.

The word â€śhinnyâ€ť is a term of endearment in parts of England, used much as one might use â€śhoneyâ€ť when referring to a loved one. It is also, however, the offspring of a stallion (male horse) and a jenny (female donkey), so we do not recommend using it as a pet name without clarifying the difference in advanceâ€”or you may end up with dibble holes in uncomfortable places.

So I was curious why a reference to making paper chains and lanterns would appear in information about farming, but the flour/water paste of my childhood, often eaten by my classmates, is a totally different thing. In farming, the paste referred to in pasting is definitely not something even a first grader would eat. Rather, itâ€™s the condition, often found in stressed chicks, where droppings cake up over the vent, preventing further evacuation. Keep an eye out for the fairly obvious signs, and be prepared with a wet cloth or even a bowl of warm water to dunk their little butts in, for serious cases. Be vigilantâ€”pasting up is a fatal condition if not treated immediately.

No, it is not the same shrinkage made famous by Seinfeld. If youâ€™re a farmer, itâ€™s the loss of your product as it moves through the market system. Losses may be due to damage during shipment, product trimming or moisture loss. OK, actually, I guess it is kinda the sameâ€¦

A bud that grows into a branch from the base of a fruit tree or in the crotch between another branch and the main stem, which can crowd out the original branch, if not removed. Also a gullible person or something that is really, really bad. (Also see â€śDisco Musicâ€ť.)

No, not an underachieving serial killer; rather, a very heavy rain. We are praying for toad stranglers out here in California. OK, that sounds pretty weird. Still, an excellent idiomatic expression. I like to toss it out at cocktail parties as a conversation stopper.

Offspring of a zebra and a donkey (ass). Not really sure why anyone would wish to combine a zebra with another equine, as zebras are quite outstanding on their own and do not seem to require any kind of improvement, but perhaps itâ€™s done simply to be able to create cool zebra-equine name mashups, such as the following:

That should be enough to get you started. Now you can look forward to your next barn raisingÂ or plowing party with confidence. Donâ€™t forget to rub some dirt into that new straw hat.