Our reader experts weighed in with their best advice on raising livestock on the farm. 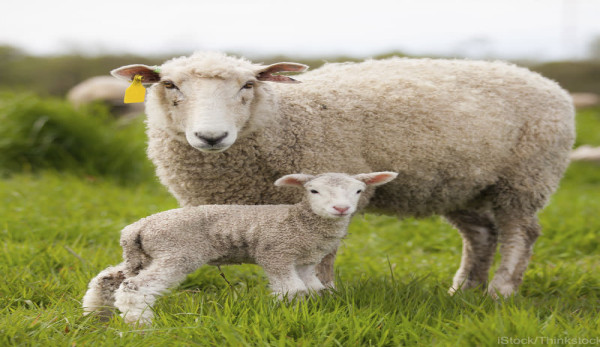 As we‚Äôve celebrated Baby Animal Month on HobbyFarms.com, we‚Äôve given you advice on everything from getting ready for¬†calving or kidding, preparing supplies for baby lambs, and¬†common illnesses that threaten your baby chicks. Plus, we‚Äôve had a blast sharing your farm photos of baby cows, rabbits, poultry,¬†goats and pigs.

Now it‚Äôs time for you to share your baby animal care tips. You‚Äôre the ones who are up late with a pregnant doe ready to give birth or who have to carry a chilled calf in from the cold. You‚Äôve experienced first-hand the preparation involved in getting the farm ready to keep livestock. At the end of the day, you‚Äôre the real experts, and we wanted to give you a chance to share your wealth of knowledge.

We asked you via our¬†Facebook page what you think all livestock keepers should know about keeping baby animals, and like the loyal group you are, you responded. Here‚Äôs what you had to say:

1. Be Prepared
Make sure you are prepared. Do you have proper shelter? Is it predator proof? Have you researched the different feeds and what you are going to be able to afford? In order to have happy healthy animals, you have to make sure you can take care of them without getting in over your head financially. ‚ÄĒLora C.

2. Start Small
Don’t get chickens, ducks, pigs and goats all at once. Get one kind of animal, and get to know the ins and outs before you get a second kind. ‚ÄĒAnnika J.

3. Let Mom be Mom
Don’t be too much of an overbearing human parent. Allow the animal mother‚Äôs instincts to do what they’re intended to do, as well as give her the experience for her next babies. Only intervene if absolutely necessary and only in the best interest of both mom and newborn. ‚ÄĒTara I.

Do not clean off babies after they’re born‚ÄĒ this is the time to let the mom and newborn bond‚ÄĒthat is why she cleans them. ‚ÄĒGarden Up Green

If you have a reluctant mother cow or sheep, don’t be in too big a hurry to¬†bottle feed or remove the baby. Sometimes it just takes a little time and work to get the first time mom to take to her newborn. ‚ÄĒJulia W.

Be there, have your kit ready with supplies just in case, watch from a distance, take pictures, but most importantly: LET MOMMY BE THE MOMMY. She knows how to do it and just needs us there in case of a problem. ‚ÄĒJodie M.

4. Get to Know Your Babies
The best tip I could give anyone is to pay attention to your animals. That means spending time even if your just watching them. By doing this, you‚Äôll know when something isn’t right with an animal. Every animal has their own personality, but if you don’t know it, you‚Äôll never know when they are saying something is wrong. ‚ÄĒJessica S.

If you own livestock (goats, cows, chickens, etc.) talk to them and pet them everyday‚ÄĒseveral times. Get the whole family in on it. When your animals know you and your voice, they trust you and love you. This makes it so much easier to care for them and easier to tell if there‚Äôs a problem or illness. You know them and can tell if there is something wrong. ‚ÄĒJme V.

5. Pay Close Attention to Them
Issues with growth and development can be fixed. Catch a problem early and it‚Äôs usually much easier to correct. Wait until it gets bad, though, and it‚Äôs not only going to cost you more, but the outcome may not be what you hoped. It only takes a few minutes each day to do a quick assessment of the animal’s general health. ‚ÄĒVictoria H.

When a chick is in hatching, monitor chirps. If they become weak or diminished, place the egg to your ear to see if you can hear a heartbeat. If it sounds weak or slow, perform egg evacuation. Candle to find the beak, tap on the egg shell to open it, and watch for few seconds. If the chick still can‚Äôt bust out while candling, use tweezers to pull the membrane away from chick with a small knife. Cut the membrane, and watch for the chick to push out. If still no chick, pull the outer membrane away from the chick, tearing it. Wait for the chick to repeat. I just did this last week for the first time, by pulling info off Google and followed every step. Lucky is doing great. ‚ÄĒBetty W.

6. Keep Newborns Warm
We have many orphan lambs and use lamb boost with great success, dress them in warm dog jackets initially, and have an oil heater in their house. Often we bring newborn lambs inside on an electric blanket to warm them up. ‚ÄĒSue and Craig W.

Hot water in a pop bottle placed between a kids‚Äô legs helps to warm their core‚ÄĒwe kidded in 40 below weather. ‚ÄĒCaitlin O.

Always have extra heat lamps and boxes in your basement in case you need to bring an animal inside. Oh, and if it is a goat, then have a TV or radio handy to keep them company. ‚ÄĒJennifer R.

You can easily make a lamb/goat coat with an old pair of sweat pants‚ÄĒthe kind with the elastic ankles. The elastic end will be the neck hole. (Snip the elastic if it is too tight, but the gathered fabric will hold it in place.) Cut about 18 inches of pants, and cut a diamond shape for the forelegs in the right place and a triangle at the end for the cord/penis. This keeps the winter babies nice and toasty. ‚ÄĒCindy M.

7. Save Some Colostrum for Emergencies
When our goats would give birth, we would take some of the colostrum and freeze it in ice-cube trays and save it in case we had orphan puppies, kittens or other small animals so they could get the antibodies in their system. Goat‚Äôs milk is easier to digest than cow milk. ‚ÄĒCheryl O.

Buy a colostrumeter to test colostrum. If it‚Äôs good quality, freeze it. You can use it later for orphaned animals or if the mom has poor-quality colostrum. ‚ÄĒBridget O.

8. Keep Them Healthy
To avoid ear infections and costly vet bills, moisten cotton balls with inexpensive witch hazel and swab out the insides of the ears gently until the cotton balls you use start coming out looking clean. It works for all my animals. ‚ÄĒLynnette P.

In rescuing sick baby goats, never let them lie down flat on their sides. If you must, stay up with them and keep picking them back up. I added barley green granules to their formula when I had no mother’s milk, and it seemed to revive her. ‚ÄĒKathryn-Edna P.

If you find a cold, lifeless rabbit kit, it might not be dead if there isn’t blood pooled in the nail bed or another part of the body (looks like bruising). Slowly warm the kit up‚ÄĒa bra works great or place it on a heating pad turned on low. You can even put it at the bottom of the nest under all the other kits. We rabbit folk have a saying: They’re not dead until they’re warm and dead. ‚ÄĒAmber P.

We bottle-feed colostrum to all of our baby animals within 20 minutes of birth. This gives them a great jumpstart of strength to get up and gets those bowels moving quickly. We‚Äôve had no impactions ever since for our horses, goats or sheep. Plus, there‚Äôs no guessing on how much colostrum they received. ‚ÄĒMichele W.

11. Name Your Babies
I don’t care what people say, name your animals‚ÄĒeven if you call them Dinner 1 and Dinner 2. When animals have names and we use them, we tend to treat them better, care about them more, understand their needs better and respect them the most when a sacrifice (i.e., butchering) must be made. ‚ÄĒKaren L.

12. Sing to Your Babies
We breed Appaloosas, and horses usually foal at night. We foal in grassy pastures in May/June, so when we hike out in the middle of the night to check on mares who are showing signs of being close, we sing to the mares to let them know we’re coming and to let them know where we are. Twinkle Twinkle, Little Star is the usual because it’s easy to sing repeatedly while your mind is on the mare. When the foal is just born, we’re singing that same song. They hear it pretty often in the early days, and we discovered that even as adults, those foals are calmed by hearing that lullaby‚ÄĒa great tool when we have to work with them in the dead of night! ‚ÄĒMegan R.