12 Plants That Fertilize Your Garden

These plants are givers, adding nutrients and organic matter back to the soil to increase its fertility without chemicals. 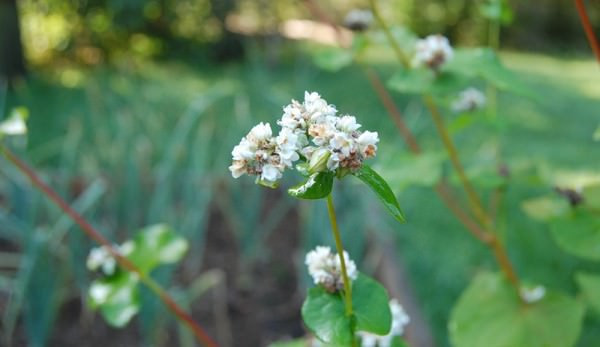 When we hear the word “fertilizer,” we may picture animals, compost or maybe even just chemicals. What doesn’t always come to mind are plants, many of which are high in nitrogen, organic matter and any number of things soils love. Most of these nutrient-rich plants can be grown at home on a small scale to provide a little extra kick to your garden, your compost or wherever you may need some added fertility.

Comfrey is a prolific and useful perennial plant. It grows fast, spreads fast and has leaves that are highly nitrogenousâ€”not to mention itâ€™s medicinal benefits for bone and muscle repair. Comfrey roots reach up to 10 feet down to mine minerals, so the plant can be used to enrich the soil or break up compaction. Many people, however, grow it strictly for the leaves, which are often applied to compost piles to activate them, brewed into a compost tea, or simply laid on the surface of beds for added nitrogen and organic matter.

A favorite crop among many organic and biodynamic gardeners, nettle has highly desirable properties. Much like comfrey, it heats up fast as it decomposes, making it a great addition to kickstart a cold or below temperature compost pile. It can also be fermented along with comfrey leaves in water for a few days and applied to heavy feeding cropsâ€”this is called a compost tea. To make a compost tea, pack the nettles (greens only, no roots) into a small barrel or bucket, fill it with water, then stir once or twice a day for a few days. It will smell like manure. Before application, combine one part of the resulting liquid with 10 parts water to dilute it, and then apply directly to the base of plants. This high-nitrogen liquid will provide a nice snack to hungrier crops.

You hear the words “nitrogen fixing” thrown around a lot, but it’s a fairly unique and useful attribute for a crop to have. Nitrogen fixation is when a plant takes nitrogen from the atmosphereâ€”where the vast majority of it residesâ€”and turns it into something plants can use, like ammonia. This action is where legumes excel. By sowing leguminous cover crops, then working them into the soil prior to growing season, not only are you getting that nitrogen fixation but also biomass, which is good for creating humus and retaining nutrients.

A highly productive biennial legume, red clover produces a lot of mass over time and excels at accumulating nitrogen and phosphorous. Sow it spring or fall, especially around perennials, like asparagus, as weed control and green manure.

Sown in the spring or late-summer, this cover crop makes for an excellent living mulch and can be planted into or sown around other crops. Itâ€™s a perennial, so expect it to come back year after year. Like red clover, it pairs nicely with other perennials.

This excellent annual legume creates nice ground cover and provides a dense rooting system to hold soil in place and help break up compaction. It produces a high amount of organic matter, and is generally sown in fall.

A winter-hardy annual legume, vetch can be sowed in the fall as a cover crop and then turned into the soil in the spring. It excels at capturing nitrogen and provides added benefit when used in conjunction with rye.

Sown in the spring or fall in milder areas, peas collect nitrogen and produce a fair amount of biomass. In a crop rotation plan, itâ€™s a great crop to proceed tomatoes, onions, cucurbits, celery and most anything that is not another legume.

Fertility, of course, is not just about fixing nitrogen. A lot of times, it’s about blocking out weeds and keeping what nitrogen, soil and minerals you have in place. Plus, If you only used leguminous cover crops in your garden, you run the risk of incubating legume-loving pests and disease so it’s good to mix it up a little from time to time.

This cover crop establishes itself quickly, creating a nearly impenetrable mat for weeds. Many people will sow it in the fall over their garlic, so it will kill weeds and provide a mulch and feed for the garlic. Oats do not fix nitrogen, but they create biomass, which can then be turned into the soil.

Cereal rye is a fast-growing, winter-hardy cover crop that is proficient at holding soil and recycling nutrients. It has allelopathic effect on weeds and other grasses, so do not plant it where you will be growing corn. Cereal rye grows best in drier areas.

Sudangrass is an excellent cover crop because itâ€™s fast-growing and produces ample organic matter for the soil. For best results, sow it in combination with or before legumes.

Buckwheat is extremely fast-growing and can outrun almost any summer weed, but it does not produce a lot of biomass. However, if left to flower, it will attract beneficial insects to pollinate your garden and increase its fertility.

Alfalfa is a legume typically thought of as a high-protein feed for livestock, but can also be a high-protein feed for the garden. Mulching with alfalfa hayâ€”or any good hay, for that matterâ€”can be an excellent source of fertility. The grass can be cut and added to compost or dried and spread across the garden to be eaten by the soil microbes on their own time. To keep these fields productive, rotate animals through regularlyâ€”chickens can do a lot for keeping a hay or alfalfa field productive.