12 Steps to a Transition Town

Revitalize your community with these tips for starting a Transition Initiative. 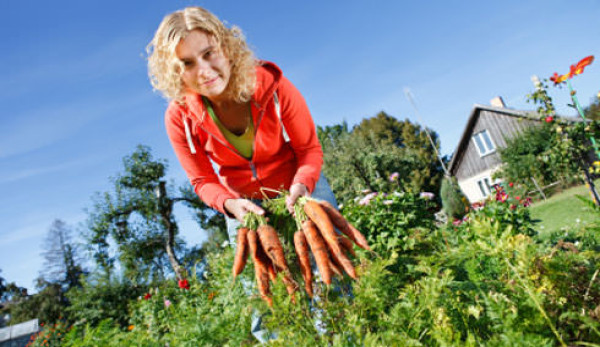 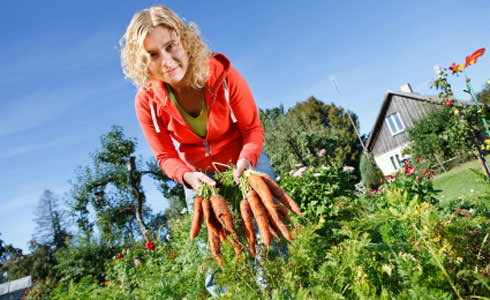 If you already put forth the effort to live sustainably, enlist your entire community in the effort by starting a Transition Initiative where you live.

As an urban farmer, you have potential to become a community catalyst to bring a Transition Initiative to your town, city or neighborhood.ô

A Transition Initiative is a community-led effort to rebuild community resilience thatãs guided by a vision for independence from oil and an economic system leading to debt and climate change. Transition Initiatives around the world are inclusive, grassroots movements tied into the Transition Network, which are propelled by citizens who wish to both think and act locally to solve global problems.ô

The Transition Movement got its humble start in 2005, when co-founder of the Transition Network, Rob Hopkins, and his students at Further Education College dreamed up the Energy Descent Action Plan, a vision for their community in Kinsale, Ireland, to limit energy consumption. A year later, Transition Town Totnes was born in England.

Today, more than 321 officialô Transition Initiatives have sprouted around the world. According to Transition United States, as of June 2010, there were 72 in the U.S., with many more communities considered ãmullers,ã in the process of forming such initiatives.

The good news is you donãt need to be an expert to start a Transition Initiative where you live. The Transition Network provides 12 steps to move a community through the process of transitioning.

12 Steps to a Transition Initiative

2. Build community awareness.
A compelling movie, like The End of Suburbia, or a presentation about peak oil is used to instigate discussion of the topics and invite participation within the Transition Initiative.

4. Host an official ãunleashingã event.ô
Eventually, Transition Initiatives need to coalesce into a broad, community-wide endeavor, attracting more members to the movement while embracing a diversity of perspectives and approaches to change. After a year or so of behind-the-scenes organizing and awareness events, an unleashing event takes your vision to the greater public.

6. Facilitate community involvement.ô
The Transition Movement uses Open Space Technology to facilitate interaction. This bottom-up process based on Harrison Owenãs book, Open Space Technology, allows community members to share ideas, experiences or talents in an open forum. Anyone in attendance could become the leader of a particular topic or issue, because attendees set the agenda and lead the discussion.

7. Develop visible manifestations of the Transition Initiative.
At this point, itãs time to go beyond the talk of change. Develop a local currency, plant a community garden or offer free energy assessments. Visible steps such as these attract attention to the Transition Initiative and reinforce the work of community members. Keep in mind, the more elaborate the projects, the more people needed to help support and guide them.

8. Facilitate re-skilling in your community.
In many cases, relearning skills long forgotten in the days of supermarket convenience can be both pleasurable and satisfying, if not also economically empowering. Choose a re-skilling program that works for your Transition Initiative: Teach canning and preserving food, establish a reuse program, or organize a construction project.

9. Build a bridge between the community and local government.ô
While Transition Initiatives are grassroots movements led by community members, they naturally invite the participation of elected officials or those agencies serving the community. Bear in mind,ô cooperating with the local government can take time and persistence but is worth the effort.

10. Honor communityô elders and seek their counsel.
Reminiscent of the Native American ethic of revering their elders, the Transition Initiative seeks to engage and include the wisdom of the more experienced members of their community, some of whom can still recall victory gardens of World War II.

11. Stay flexible.ô
Recognize that community endeavors like a Transition Initiative may, and often do, take interesting turns and detours. Strong-arming change is rarely effective over the long term.

12. Create an Energy Descent Action Plan.ô
Ultimately, the Transition Initiative results in the implementation of a community-crafted vision. The plan serves as a 20-year guide to community resilience, decreasing or eliminating its dependence on oil and other fossil fuels.

Although the 12 steps to a Transition Initiative will guide your communityãs change, youãve got a long road ahead to complete transformation.

ãA major challenge is bringing people out of their complacency that someone else someplace else will fix the problems of the economy, climate and fossil fuel dependency,ã says Becky Wilson, a Transition Initiative trainer.

To overcome this, meet your community where change makes the most sense. Many Transition Initiatives initially focus on food security, Wilson says, because everyone eats.

Also remember that the size of a Transition Initiative doesnãt matter; it can be scaled regionally, citywide or by neighborhood.

ãRather than focusing on a major metropolitan area all at once, some cities focus on revitalizing neighborhoods, and a few have created hubs of support for neighborhoods to share visions, ideas [and] resources.ã

The key is to introduce yourself to all your neighbors and begin the process of transitioning your community to resilience.

About the Author: John Ivanko is the co-author of ECOpreneuring and Rural Renaissance and a muller for a Transition Initiative in Green County, Wis.