13 Low-Maintenance Vegetables for a Hassle-Free Garden

Incorporate these perennial edibles into your garden this year and save yourself time in future seasons growing vegetables. 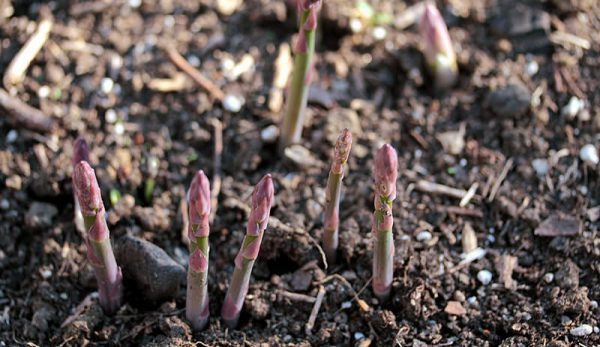 The planting of annual vegetables year after year requires a significant investment of timeâ€”something most urban farmers are short on. While time is an investment most gardeners are happy to make for fresh, homegrown produce, thereâ€™s a less time-consuming alternative mode of growing edibles: choosing perennialÂ vegetables.

You may be familiar with some of these perennial vegetables, while others are lesser-known relatives to familiar annuals. All are low-maintenance choices that grow well in temperate zones. Note: Not all of these plants are hardy in all zones, so be sure to research their growing needs before incorporating them into your garden. However, if they donâ€™t thrive in your climate, you can grow them in a pot and bring into the garage to over-winter.

Most gardeners are familiar with asparagus (pictured above), and perhaps have it as the only perennial vegetable growing in a corner of the vegetable bed. This early spring vegetable is tough, and will power through your early spring frosts. Its only sensitivity is to too much water, so make sure you plant it in an soil that drains well. The unharvested spears grow into a fern-like foliage, and if a male as well as a female are present, these vegetables produce berries that contain the seeds to produce a new generation of plants.

Rhubarb is another familiar perennial edible among vegetables. From a purely culinary perspective, most people would classify it as a fruit, as the stalks are usually found in desserts or preserves. It is one of the first plants available for harvest in spring, and it produces gorgeous (but inedible) leaves.

These edible tubersâ€”sometimes called Jerusalem artichokesâ€”are found at the bottom of a sunflower-like plant native to North America. These vegetables contain an indigestible starch called inulin, which makes them act like fiber in the diet. A single tuber can turn into several pounds of belowground food within a year, while producing 6-foot-tall, blossom-topped stalks above ground. Be careful when planting these perennials: They rapidly colonize an area and can be difficult to eradicate.

Onions and garlic can found growing wild around the world. So selections of local wild species, such as ramps, can make a garden more environmentally friendly while delivering distinct and unconventional onion and garlic flavors to the kitchen.

In terms of cultivated perennial onions, Egyptian walking onions are excellent. A hybrid of the welsh onion and potato onion, these “tree onionsâ€ť multiply below the soil, while producing bulblets in lieu of flowers. The stalks of these vegetables subsequently fall over under the weight of the bulblets, allowing the onion to spread across the garden by “walkingâ€ť a step every season. This hybrid has been developed in both Europe and North America several times and over several hundred years. Theyâ€™re often seen in great-grandparentsâ€™ gardens, but theyâ€™re making a comeback as a permaculture crop.

Artichokes (pictured above) are the better-known crop of these two edible thistles. The edible part is the immature flower bud. Left to bloom, and artichoke thistle will produce a gorgeous purple blossom and an abundance of seeds.

The cardoon (pictured above) is the long-forgotten Mediterranean cousin of the artichoke. Much higher in stature, these gigantic plants yield smaller edible flower buds but are prized for their stalks, which are prepared like celery.

Lovage is a member of the carrot and parsley family, so it produces the characteristic umbrella-like blossoms that nourish a variety of beneficial insects, especially beetles. Lovage is also called Chinese celery because of its slightly more bitter celery-like flavor.

Endives, also known as chicory or radicchio, are a bitter green often found in Italian cuisine. These vegetables grow on a long, thick taproot that can be roasted and used to make a coffee substitute. A single plant will spread laterally, and also produce a yearly crop of seeds.

The cabbage family is enormously diverse, but between the conventional fare of Brussels sprouts, broccoli and kale are some hybrid plants with distinct characteristics. A few of these will produce a crop for three or more years but donâ€™t come true from seed. As a result, these vegetables have been propagated and traded among gardeners.

The longest lasting of these is the tree collard (aka purple-leaf tree collard). This collard green grows into a tree-like form, living for more than 20 years if it receives the proper care. Other selections of these vegetables, such as the German Ewiger Kohl (“forever cabbageâ€ť) and the English Daubentonâ€™s kale will produce kale leaves for three or more yearsâ€”or even longer if prevented from bolting and grown in a cool, shaded spot in the garden.

These two vegetables pack a sweet-and-sour punch due to the presence of oxalic acid. Some people describe the tart flavor of these plants as almost citrus-like. Sorrel (genus: Rumexâ€”pictured above) is a common wild edibleâ€”or weed, depending on how you see the world. The blade-like leaves are eaten fresh or pureed into soups and sauces. Wood sorrel (genus: Oxalisâ€”pictured below) looks kind of like clover. The delicate leaves are often used as a garnish or a flavorful addition to salads.

The consumption of too much oxalic acid impedes calcium absorption, so these are not plants to eat fresh in large quantities. Used as an herb, however, they add a unique flavor to any meal. 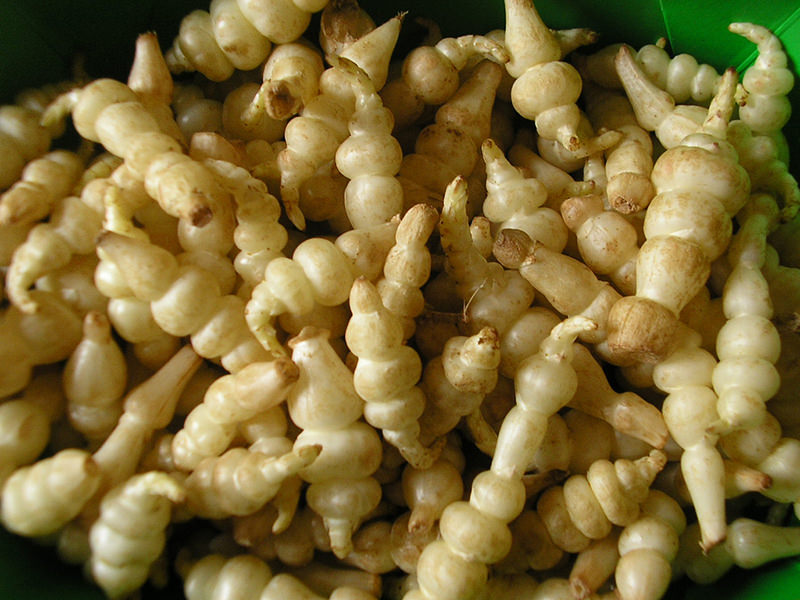 r.j-s/FlickrThese odd little tubers may look like maggots, but they are actually rhizomes from a plant closely related to mint. Like mint, these vegetables thrive in a moist location and spread rapidly. Although they are a little cumbersome to harvest and clean, their water-chestnut flavor has made them a delicacy in French cuisine japonaise; due to a lack of creativity, they have also been dubbed Japanese artichokes.

All of these perennial vegetables can be planted once and nearly forgotten except to harvest and weed. Integrating perennials into your vegetable cultivation takes some of the pressure off come planting season, assuring you youâ€™ll have something to harvest even if youâ€™re short on time.