16 Funny Things Only My Kids Would Say

When you live in a farmhouse of boys, life’s never short on OMG moments. 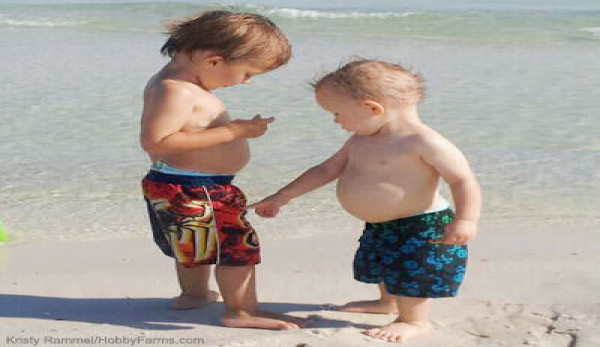 In this media-driven era, our brains are constantly bombarded with information. We actively search for factoids in books and on the Internet. We are surrounded by white noise from televisions, radios, telephones and other tech gadgets. With so much being thrown at me at any given time, I feel like I could create an Olympic event: data dodging. It would feature athletically challenged men and women performing extraordinary feats; zipping, jumping, hurdling, maybe even some martial arts thrown in, all in an effort to avoid or destroy the constant stream of words being shot at them. (If you’ve ever seen the Matrix, think Neo under gunfire!)

Today, feeling especially drained and weighed down with excess information and stimuli, I thought we could use a little break. Let’s take a few minutes for some chuckles as I share a few OMG moments from life with boys. While I have taken great strides to sensor what I could, please remember I have all boys, and, well, what can I say?

In the 18 years we have been parents, we have had many humiliating, hysterical, and truly OMG moments! We have removed peas from noses, found Legos in diapers, washed lipstick off the cat, been pooped on, peed on, drawn and puked on. We can tell you every toddler hideout from the cabinets to the dryer. We know how many times you need to run a dishwasher to get the urine smell out and how long it takes from the moment your toddler poops on the porch to the moment the dog finds it and eats it. I am that mother you pass in the store with a child dressed in his super hero costume in mid-March, and chances are I was having one of those days and it wasn’t worth the fight! And while we might not have enjoyed every moment as they happened, I can honestly say, looking back, it’s amazing any of us ever survived!