Currants and gooseberries, once prohibited in the U.S., are gaining popularity as state regulations loosen their grips. 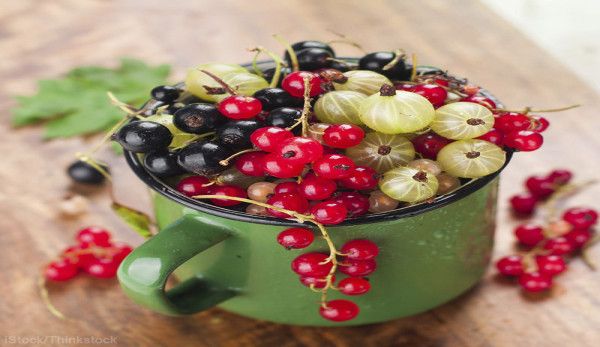 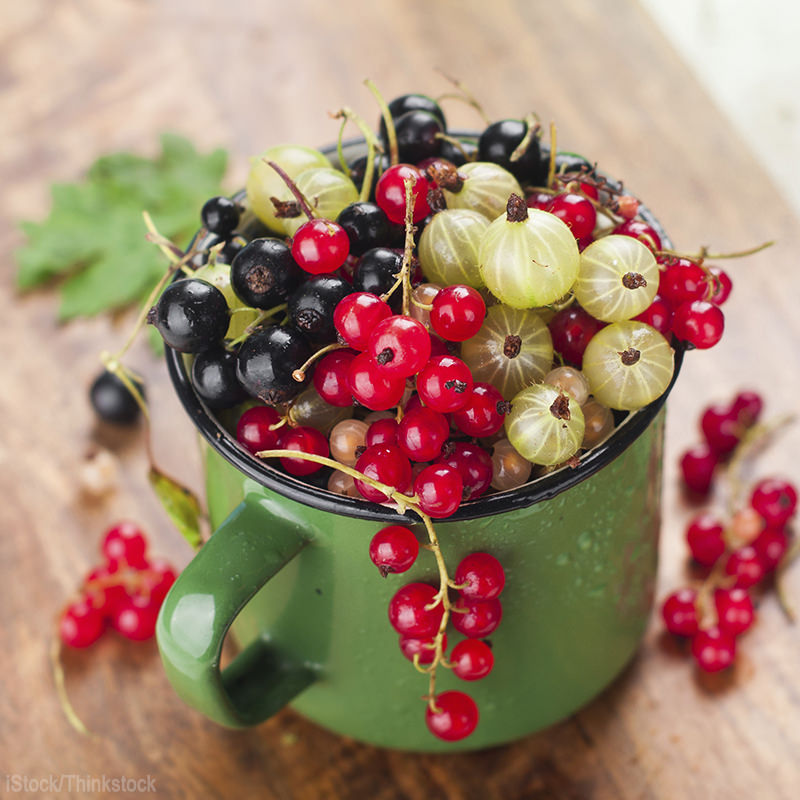 Mention the word “berriesâ€ť to someone in the U.S., and theyâ€™ll most likely break into a smile as a vision of Juneâ€™s sweet strawberries or juicy raspberries jump to mind. But mention currants or gooseberries, and youâ€™ll likely receive a look of confusion or even a wince, as the person recalls an unsweetened encounter with these misunderstood and under-appreciated fruits.

Few Americans have seen or tasted currants and gooseberries, despite centuries of cultivation and a deep-rooted European culinary heritage. For those seeking to grow something they wonâ€™t find on the supermarket shelvesâ€”and probably not even at the farmersâ€™ marketâ€”consider championing these members of the Ribes genus.

“The list of reasons to grow gooseberries and currants is quite long and diverse,â€ť explains David Deardorff, co-author of Whatâ€™s Wrong with My Fruit Garden? (Timber Press, 2013). “Low maintenance, highly productive and easy to grow, all from a handsome small shrub that gifts you with flavor-packed berries that simultaneously taste tart and sweet.â€ť

Add in a nutritional punchâ€”gooseberries are high in fiber and currants are packed with vitamin Câ€”and theyâ€™re the most underrated fruits indeed.

Both currants and gooseberries are woody perennial shrubs. While closely related, the gooseberry has a much larger fruit that grows individually along the plant stem. Currant fruits are much smaller, grow in clusters, and while flavorful, are generally too tart to eat without added sugar. Currants come in a variety of colorsâ€”red, pink, white and blackâ€”with the pale varietals having a more delicate taste and the black varietals offering a much stronger and distinct flavor. 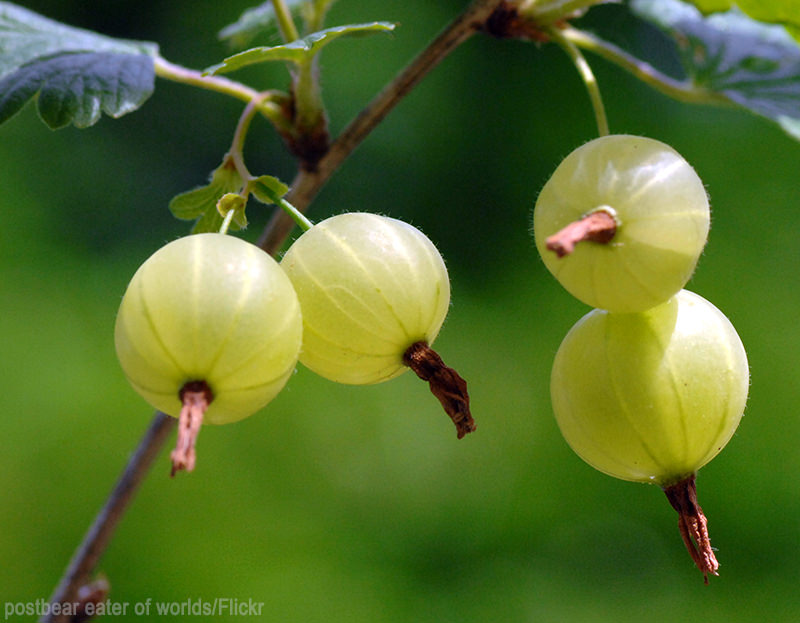 In 1911, a federal ban made it illegal to grow all Ribes, including currants and gooseberries, because these plants served as an intermediary host of white pine blister rust. This means in order for the disease to complete its life cycle and infect white pine trees, it must spend some time on a currant, gooseberry or related species. The much more powerful timber industry, primarily along the East Coast and east of the Mississippi, beat out the lowly Ribes plant genus, hence the ban. Thanks to later development of new disease-resistant plant varietals, the federal ban was lifted in 1966, leaving individual states to decide what types of Ribes plants to allow. A complex patchwork of regulations behind growing currants and gooseberries varies from state to state.

“This federal ban had a big impact on currants and gooseberries in the United States, as basically they didnâ€™t exist for nearly a half century,â€ť says Cathy Heidenreich, berry extension support specialist in Cornell Universityâ€™s Department of Horticulture. “For anyone interested in growing these fruits, your first call should be to your stateâ€™s extension office to see if the ban has been lifted where you live and what specific varietals you can grow.â€ť

Because black currants are still viewed as the key intermediary host for white pine blister rust, youâ€™ll find these berries still banned in many states, but there are fewer restrictions for the red and white currant varietals, as well as gooseberries. State regulations can be complicated, however. In Massachusetts, for example, black currants are prohibited statewide and individual towns determine procedures for planting red or white currants or gooseberries. Youâ€™ll also notice in catalogs that nurseries will only ship these plants to certain states.

Despite these legal hurdles, farmers intrigued by these obscure berries are championing their comeback and revival.

“Iâ€™m always looking for opportunities to grow crops that increase options for eating local year-round,â€ť says Erin Schneider, who runs Hilltop Community Farm outside LaValle, Wis., with her husband, Rob McClure. “Iâ€™ve been intrigued with learning about and experimenting with hardy perennial fruits like currants and gooseberries, too, because they fit nicely into my permaculture farm plan, creating an agricultural ecosystem where everything benefits and supports each other.â€ť

Which Variety to Plant? 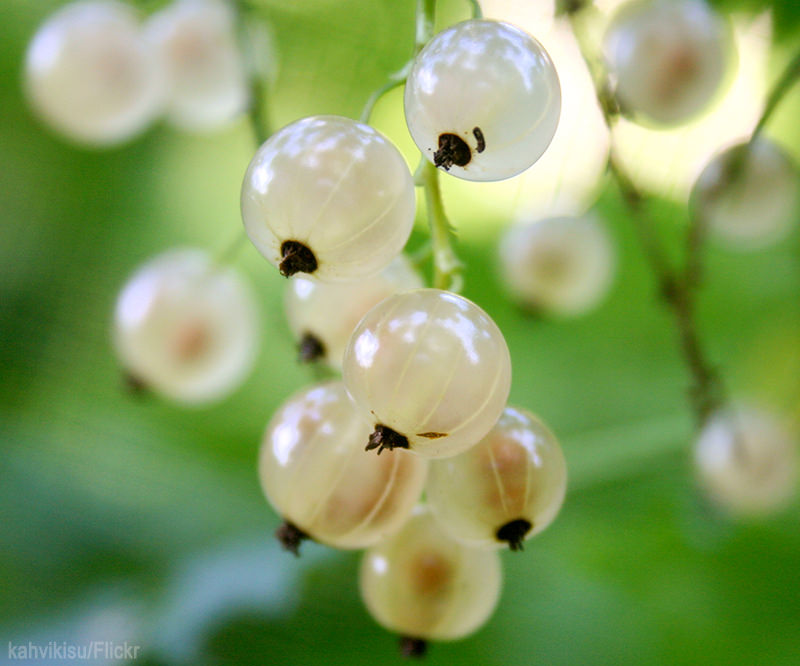 “Currants and gooseberries are generally suited for northern climates, specifically [USDA] zones 3 through 8,â€ť Heidenreich says. “From a horticulture perspective, itâ€™s important to start with certified stock from a reputable nursery, as this is your best assurance against viruses or disease.â€ť

European gooseberry cultivars like Invicta, a white gooseberry with good disease resistance, tend to be larger, sweeter and more robustly flavored. For white currants, Pink Champagne is excellent for a variety of uses, including juices, jams and jellies. Rovada and Red Lake are strong red currant varietals, both in flavor and hardiness, and Consort is a particularly rust-resistant black currant, though it has the potential for poorer fruit quality.

Katie Creeger, of Kestrel Perch Berries in Ithaca, N.Y., recommends tapping into local farmer knowledge and other area resources for specific varietal recommendations. “For gooseberries and currants in particular, itâ€™s really important to network locally and find out what works for your region,â€ť Creeger says. “For example, I planted two varietals of gooseberries, Tixia and Hinnonmaki Red, and found Tixia to be much more susceptible to insect damage and fungal leaf disease. But thatâ€™s just for my area; [it] may not be a problem in other locations.â€ť

Currant and gooseberry plants can produce as long as 40 years, so site them in a sunny spot with good drainage. Perform a soil test before planting to see if youâ€™ll need to adjust the soil pH level with soil amendments. Currants and gooseberries prefer a slightly acidic soil with a pH level around 5.5 to 7.0. Plant in early fall or early spring. Cut back dead roots from the plant, and trim the tops to 6 to 10 inches. Different currant and gooseberry varietals have varying depths for accurate planting, so check the recommendations from your local nursery. Space plants 3 to 5 feet apart, in rows 8 to 10 feet apart.

“If you have space and want to grow both currants and gooseberries, your best bet is to scatter them around your landscape,â€ť says Kathryn Wadsworth, co-author of Whatâ€™s Wrong with My Fruit Garden? “Youâ€™ll often run into problems with a lot of the same plants in a monoculture, but with a polyculture approachâ€”integrating a variety of plants throughout your gardenâ€”each plant is more isolated and pests, such as aphids, are less likely to jump from one plant to another and spread.â€ť

Managing weeds is a key part of currant and gooseberry care. A nice 2- to 3-inch layer of mulch will help retain moisture and reduce weeds. Lawn rakings, compost or grass clippings make excellent mulch. In early spring, while the plants are still dormant, prune the older wood so you have three or four of the best canes for each plant, removing the oldest canes annually. 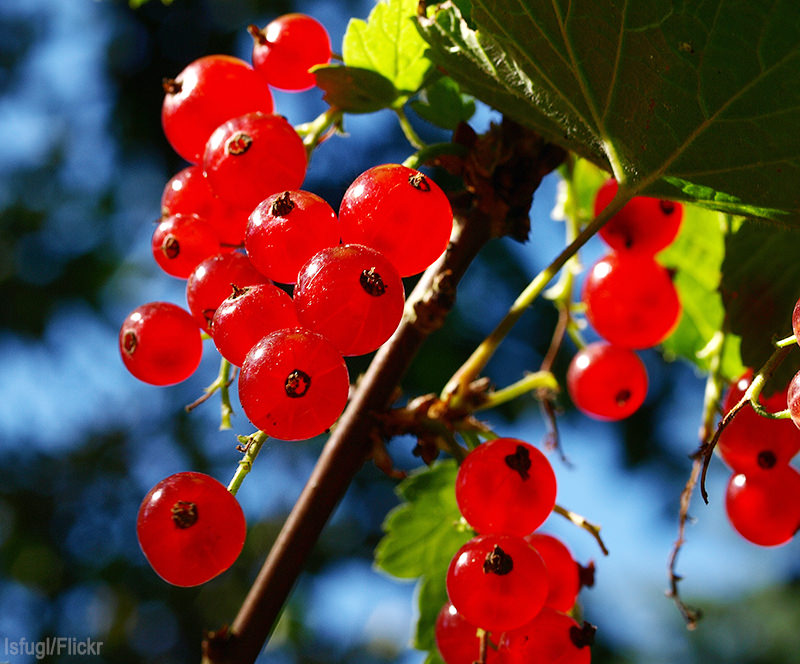 “Generally, currants and gooseberries are durable plants that can support some insect pressures,â€ť Heidenreich explains.

The most common problem for gooseberries is powdery mildew, which forms a white powder-like film on leaves and shoots and tends to thrive in humid conditions. Trellising gooseberries increases air circulation, which helps prevent disease and also makes fruit easier to harvest.

Currants most often succumb to worm damage. Handpicking these bugs can work. For severe infestations, apply pyrethrin or rotenone. Birds might also steal your tempting berries, so protect both ripening fruits with netting. 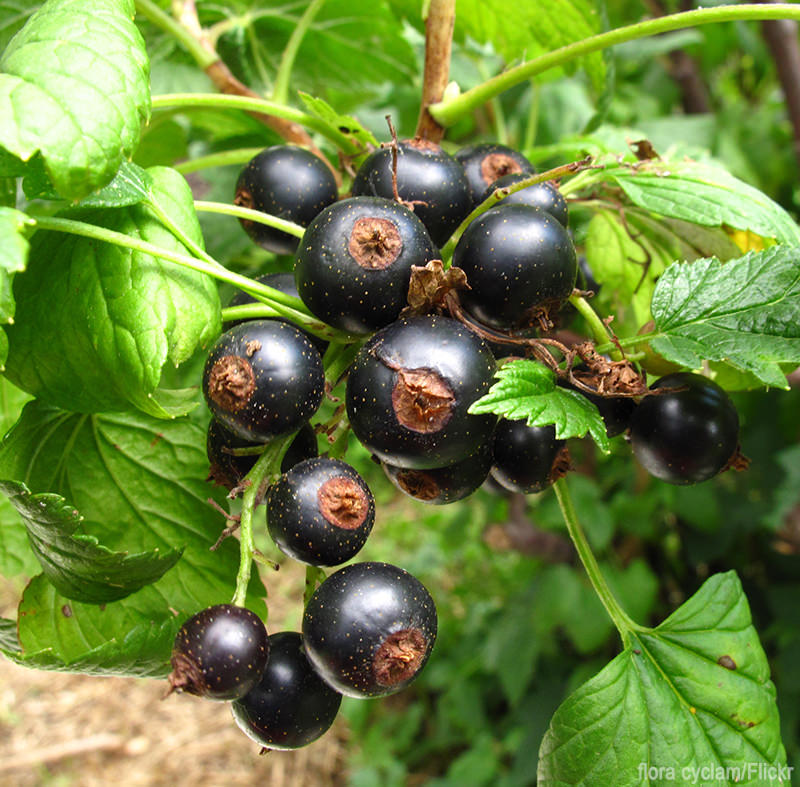 “[Itâ€™s] best to keep an eye on your fruit to know when it is ripe to pick,â€ť Schneider says. “There really is no magical formula, and weather variables play a key role.â€ť

Currants tend to ripen mid-summer through September; exact harvest times depend on where you live. The skins should be tender but still relatively firm and not mushy. Black currants ready to harvest should have no green color on the skins. When harvesting currants, pull off the full fruit cluster (also called “trussesâ€ť or “strigsâ€ť) rather than individual fruits. You can also use scissors to remove the clusters.

Gooseberries typically ripen over a four- to six-week period and, therefore, might require several pickings. Schneider lets the berries ripen on the vine one to two weeks after their first sign of ripeness for maximum sweetness. Gooseberry varietals come in different colors at harvestâ€”from bright green to green with a touch of blush to almost black. Green under-ripe fruit can be harvested in early summer for jam-making. Wear gloves as you pull off the fruit to protect your hands from the prickly spines. Remove the skins and snip off the “top and tailâ€ť with scissors.

The skin on currants and gooseberries tends to be soft, so to avoid crushing, donâ€™t pile the harvested berries high and use smaller containers. Currants are used most in preserves, juices, jellies and wine, but sweeter white currants can be eaten fresh. “I love using red currants for juice because of their beautiful color,â€ť Creeger says. “It also mixes well with other juices, like apple cider.â€ť

All currants and gooseberries freeze well, which is an easy way to quickly preserve your harvest during the busy summer months, defrosting the berries for juice or other cooking projects during winter.

You might need to look across the pond to Great Britain for culinary inspiration and recipes using your gooseberries, as the Brits have a long-standing love of the fruit. Most recipes use a mixture of gooseberries and sugar cooked down with a dash of water until the berries are soft. Remember, gooseberries range in sweetness, so your sugar ratio really depends on what berries you start with and your preferred level of sweetness.

Whatever your preferenceâ€”from the exotic black currant to tart green gooseberriesâ€”growing these fruits does more than add a quaint diversion to your garden mix; youâ€™re actually helping revive our agricultural and culinary heritage, reintroducing our palates to the flavorful magic of these perennial fruits.