The global human population reached 7 billion this month, but world food organizations wonder if livestock production can keep up. 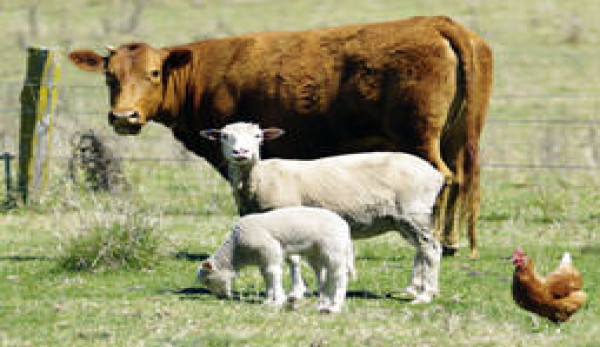 As the population soarsŌĆöit topped 7 billion in November 2011, up from just 3 billion in the 1960s, according to the United NationsŌĆöresearchers are asking whether there is enough┬Ālivestock to keep pace with worldwide demand.

ŌĆ£The big question is, ŌĆśWill we have enough food?ŌĆÖŌĆØ notes Nancy Morgan, livestock economist for the United Nations Food and Agriculture Organization. ŌĆ£With the existing animal [population] and good management practices, there is enough livestock to feed the world.ŌĆØ

The┬ĀFAO tracks livestock populations worldwide. According to their research, there are nearly 19 billion chickens, 1.5 billion┬Ācows and 1 billion each of┬Āsheep and┬Āpigs around the globe.

With 1.3 billion residents, China is the most populated nation in the world; itŌĆÖs also the world leader in the number of chickens and pigs. The largest number of cattle is found in Brazil and India. In fact, India has become one of the top five beef-producing countries, thanks to a rise in the demand for dairy products creating an increased number of male cattle available for slaughter.

The resurgence of the ŌĆ£WhereŌĆÖs the Beef?ŌĆØ ad campaign might be apt given that the U.S., which together with Brazil supplies one-third of global beef production and exports, has reduced cattle herds to their lowest levels since the 1950s due to┬Āsevere drought in major grazing areas.

The number of cattle in Kazakhstan is on the rise thanks to government subsidies for breeding animals and feed.

Asia is home to 65 percent of the global pig population. Although pork is still plentiful, disease outbreaks in 2010 took a toll on pig herds; the Republic of Korea lost one-third of its pig population. The nuclear fallout in┬ĀJapan led to lower piglet births in affected provinces; the nation has also suffered from a 13-percent reduction in the number of pig farms since 2008.

If it seems staggering to imagine that the human population has more than doubled in the past 50 years, consider this: In 1961, there were only 3.9 billion chickens worldwideŌĆöabout one per person; the chicken population has skyrocketed to 19 billion, or nearly three chickens for every person on the planet. There are more than 455 million chickens in the U.S. alone, according to the USDAŌĆÖs National Agriculture Statistics Service.

According to Morgan, poultry has the fastest-growing population among livestock because of its low cost of input and low market price.

ŌĆ£It takes just 2 kilograms of grain to produce 1 kilogram of meat,ŌĆØ she explains.

Morgan is quick to point out that while itŌĆÖs interesting to assess livestock populations around the globe, the total number of animals is less important than how those animals are used.

The FAO is not advocating for increased use of growth hormones or similar measures; instead, Morgan cites the need for better management of livestock, including vaccinations, to ensure long-term health.

ŌĆ£ItŌĆÖs a matter of giving people the tools, not increasing populations,ŌĆØ she says.