2014 Marks the Year of Family Farms

Small-scale and family farms are highlighted as a means to eradicate worldwide hunger and improve food security during a United Nations-declared campaign. 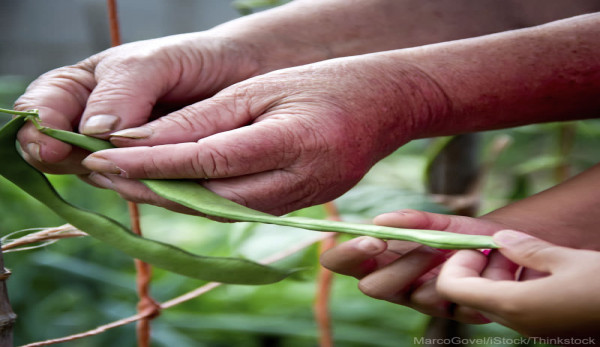 The United Nations General Assembly has declared 2014 the International Year of Family Farming, aiming to raise the profile of family and small-scale farming by focusing world attention on its significant role in eradicating hunger and poverty, providing food security and nutrition, improving livelihoods, managing natural resources, protecting the environment, and achieving sustainable development, particularly in rural areas. The campaign has the support of 360 organizations on five continents.

The World Rural Forum, a member of the International Land Coalition, is coordinating the IYFF-2014 Civil Society program, highlighting the need for agreement on public policies that promote the development of family farming and recognize the right of nations to produce the majority of their food. The UNâ€™s Food and Agriculture Organization was invited by the UN General Assembly to implementation.

Family farming includes all family-based agricultural activities, and it is linked to several areas of rural development. Itâ€™s a means of organizing agricultural, forestry, fisheries, pastoral and aquaculture production, which is managed and operated by a family and predominantly reliant on family labor, including both womenâ€™s and menâ€™s.

In both developing and developed countries, family farming is the predominant form of agriculture in the food production sector.

“ILC members universally agree that a sustainable future can only be achieved if there is secure and equitable access to and control over land that protects the interests of the worldâ€™s family farmers, which already produce 80 percent of the food consumed in the developing world, despite the incredible number of challenges they face,â€ť says Annalisa Mauro, ILC Secretariatâ€™s network coordinator. “Some of these challenges are directly related to land tenure and land governance.â€ť

At the national level, there are a number of factors essential to the successful development of family farming, including agro-ecological conditions and territorial characteristics; policy environment; access to markets; access to land and natural resources; access to technology and extension services; access to finance; demographic, economic and sociocultural conditions; and availability of specialized education.

Family farming has an important socioeconomic, environmental and cultural role:

Small-scale food producers and family farmers are at the forefront of the fight to eradicate hunger. Under the right conditions, their contributions can be increased in scale and transform agricultural systems throughout the world, according to the ILC. Addressing landlessness and securing the land rights of people on the verge of becoming landlessness is a fundamental initial step.

As we approach 2014, the ILC will work with its members to celebrate the role of family farmers and the critical importance of securing their land rights for achieving a food-secure future.