25 Beef and Pork Cuts and How to Cook Them

You have a lot of options when you take your homegrown meat to the processor. Make sure you ask for the cuts you’ll enjoy cooking. 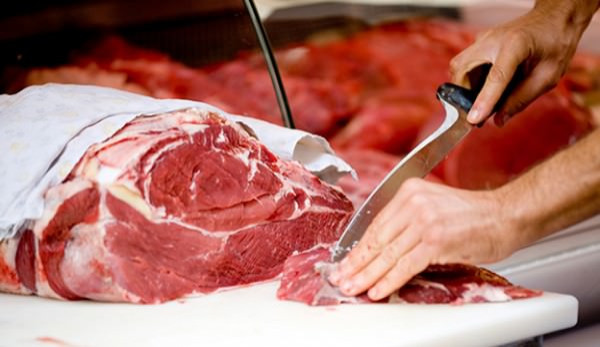 From jowl to ham and chuck to rump, every primal cut from a side of beef or pork yields its own cuts of meat that have their own recommended cooking methods. Whether you’re taking your home-raised livestock in for processing or you’re visiting the farmers market to pick up locally produced beef or pork, understanding what’s available to you will make your processing and shopping experiences—not to mention your cooking and eating experiences—better.

Before your next family dinner, take a look at our “Butcher’s Guide to Meat Cuts” infographic, and then read up on what each primal cut has to offer.

Chuck (aka standing rib roast, arm steak, blade steak): Coming from the top of the shoulder, chuck is not the most tender cut, so it’s best done as a pot roast—cooked slowly with added moisture and tenderizing ingredients in either a slow cooker or 350-degree-F oven. It’s also commonly turned into ground beef.

Brisket: Thisis the smoked-meat fan’s favorite. “The longer you smoke it, the better it is,” says Dave Bowen, store manager and head butcher at Kingsley Meats and Catering in Louisville, Ky. Finish off the brisket by roasting at 200 degrees F for about one hour per pound, and then top it with your favorite chili sauce. You can also use the brisket to make corned beef or a pot roast.

Ribs (aka back ribs, rib roast): Ribs are well-marbled and can be grilled or roasted. The ribeye (aka Delmonico), a popular grilling steak, and the prime rib, a valuable dry-roasting cut, also come from this section.

Short Ribs: This cut can be intimidating to cook because it looks like there is so much bone and so little meat, but Bowen’s suggestion for a long braise with red wine, garlic and pepper makes this cut seem easy. If red wine isn’t your thing, any ingredient that will help tenderize meat—tomatoes, onions, vinegar—makes a good substitute.

Short Loin: You’ll find your T-bone steaks, which combine the tenderloin and the eye of loin, in the short loin. T-bones are best grilled, while tenderloin roasts can be cooked whole or sliced into filet mignon and chateaubriand steaks. New York strip steak, aka club steak or shell steak, is also found here and is tender and ideal for grilling with no marinade necessary. The porterhouse steak is a cut combining a tenderloin steak and a New York strip steak.

Plate: The plate offers skirt steak, aka short plate, which Bowen likes best fried with olive oil and Mexican seasonings, served in a fajita. “It cooks really fast and melts in your mouth,” he says. If grilling a skirt steak, marinate it first, and serve it sliced against the grain. Other portions of the plate can go to ground beef.

Flank: As you might have guessed, the flank yields the flank steak. This thin steak requires marinating before cooking—ideally as fajitas. Other options are to have it made into ground beef or use flank steak as a rolled roast: rolled around a stuffing, then tied and roasted.

Rump: Also known as bottom round, the rump is generally cut into a rump roast. Bowen suggests rubbing the roast with olive oil, garlic and pepper, then baking it at 350 degrees F for 20 to 30 minutes per pound. “It’s a good slicing roast [as in roast beef],” Bowen says. “It’s not something you want to put in a Crock Pot.”

Round: The round is usually divided into roasts—eye of round, top round and heel of round—and cooked as pot roast and London broil.

Sirloin: The steaks and roasts from this part are broken down into two types: Top sirloin is the most tender of the sirloins, appropriate for grilling, roasting or stir fry. Tip sirloin, aka tri-tip or bottom sirloin, is a less tender cut but does well when grilled or roasted with a dry rub.

Jowl: The jowl provides jowl bacon, which is a cut that’s especially used with heritage hog breeds. If you haven’t eaten it before, you’ll find it less lean than belly bacon and usually a thicker cut. The taste is the same if cured the same way. Cook it in a pan with a roasting rack in a 350-degree-F oven for about 40 minutes. The rack allows the drippings to fall away from the meat so they don’t overwhelm the bacon-y goodness.

Clear Plate (aka fatback): This is processed into lard.

Boston Butt (aka shoulder): Despite the name, this well-marbled roast comes from the shoulder. “That’s where the shoulder butts into the ball joint,” Bowen explains. Boston butt is excellent for pulled pork because it smokes really well in low and slow heat, he says. You can also roast this cut in a slow cooker or the oven at 350 degrees F for 20 to 30 minutes per pound.

Picnic (aka hand roast, arm shoulder): This is often sliced for pork steaks or cut into a roast.

Back Fat: This is used for rendering lard.

Loin: From the loin, you’ll get several different cuts:

Spare ribs (aka blade Boston, side ribs): Make these into boneless or bone-in steaks or roasts. These are prepared like baby-back ribs.

Belly: When smoked this is called bacon, and when salt-cured, it’s pancetta.

Ham: The ham produces ham roasts that you’re accustomed to smoking or roasting fresh, ham steaks, and ground pork. The ham hock is the lower end of the shank, most often used to flavor stewed greens and soups.

Even with this list of cuts, there are additional names and nicknames that vary by region and processor, so be adventurous and explore the other options available to you. Your processor or the farmer or butcher where you source your meat can advise you on best cooking practices.