Whether you want to cut back on your intake of white sugar and corn syrup, or you simply want to expand the scope of your pantry, many alternative sweeteners are available for experimentation. 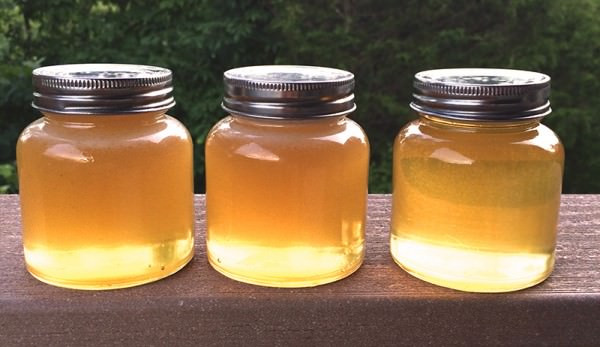 With so many alternative-sweetener optionsānot to mention confusing labeling lingoāit can be hard to choose the right one for your culinary and dietary needs. Weāve rounded up three common alternative sweeteners to help you begin choosing one that fits your taste.

A few caveats: To avoid expensive kitchen mistakes, when baking with a new sweetener for the first time, stick with a recipe written specifically with that product in mind: Because different sweeteners have different textures, substituting, say, agave nectar for the table sugar in your favorite cupcakes could lead to undesirable results. Also keep in mind that all sweeteners, regardless of calorie count or glycemic index, should be used sparingly and, for individuals with restricted diets or other health concerns, should be used only after a conversation with physician or registered dietitian.

Agave nectar is derived from the succulent plants in the Agavaceae family, which includes the blue agave, a plant best-known for its role in tequila production. Agave plants yield a juice that, when treated with heat or enzymes, converts to ultra-sweet fructose (aka fruit sugar). Because fructose is processed in the liver instead of the bloodstream, it has a relatively low glycemic index, meaning it wonāt cause a dramatic blood-sugar spike. Despite the difference in how the body processes agave nectar, dietitians caution that it should still be used sparingly and accounted for carefully in a low-sugar or -carbohydrate diet: The American Diabetes Association reports that 1 teaspoon agave nectar contains about 15 calories and 4 grams of carbohydrates, with some variations between brands.

With a flavor not unlike light honey, agave nectar can be used in lieu of honey in many recipes; itās a popular alternative among vegan cooks. It also dissolves well at cold temperatures, making it a good candidate for sweetening cocktails and iced teas. Because agave nectar is so sweet, a little goes a long way, and you might need to experiment to achieve the desired flavor in your favorite recipes.

Whether you purchase it from your favorite local beekeeper or harvest it from the bees and other pollinators that call your farm home, honey has an edge over many other products for its ability to satisfy the locavoreās sweet tooth.

From a calorie-counting perspective, honey and table sugar look a lot alike: The Academy of Nutrition and Dietetics (formerly the American Dietetic Association) reports that a teaspoon of white sugar contains about 15 calories, while a teaspoon of honey (which is slightly heavier by weight) contains 21 calories. However, because honey tastes sweeter (like agave nectar, itās comprised primarily of fructose), you can use less of it to achieve desired sweetness; it also has a lower glycemic index (55 to sugarās 100), helping to stave off blood-sugar fluctuations.

Note that not all honeys are alike: A 2011 investigation by Food Safety News revealed that most honey for sale at supermarkets, drugstores and big-box stores had the pollen, which can be helpful for treating location-specific sinus allergies, filtered out. This process also makes it harder to track a honeyās origins. Even grocery-store honeys that do contain pollen are usually multiple-origin blends from across the U.S. (and even around the world). If youāre craving full-disclosure, stick to single-source honeys, artisanal varieties and products from beekeepers you know.

Thereās no shortage of baking recipes that feature honey as their central sweetener or star ingredient. Honey can also be used to craft dipping sauces, salad dressings and glazes for meat dishes. Itās also an excellent complement to seasonal fruits and cheeses.

An herb native to Central and South America, the stevia plant is a member of the Chrysanthemum family that produces an extremely sweet-tasting (250 to 300 times more than table sugar) leaf. In the U.S., the Food and Drug Administration has approved the purified stevia extract known as Rebaudioside A for use in food production. Because stevia contains zero calories and elicits no glycemic response, itās a viable option for diabetics and others looking for an alternative to sugar, according to the Academy of Nutrition and Dietetics.

You can also grow stevia in your own garden, though it will only thrive outdoors year-round in extremely warm climes. Washington State Universityās Clark County Extension office recommends starting with new seedlings because stevia seed has poor germination rates. Plant in full to partial shade in well-drained fertile soil. Stevia also fares well in containers. Provide consistent moisture and pinch the tips every 2 to 3 weeks to promote bushiness. Fresh leaves can be harvested and used immediately, but for maximum sweetness, WSU Extension recommends drying the plant by cutting, bundling and hanging it upside-down. Store dried leaves in airtight containers and crush by hand or with a coffee grinder before use.

Because Reb-A is heat-stable, stevia blends can be used in baking recipes in lieu of sugar. (Different blends call for different substitution ratios; check your stevia blendās packaging or product website for instructions.) Stevia can also be used to sweeten foods, such as oatmeal, homemade yogurt and even pudding. Itās a good tabletop-sweetener option, too.

When it comes to white-sugar alternatives, agave nectar, honey and stevia are just the beginning. With a variety of options, including brown rice syrup, maple syrup and even farm-fresh fruit juice, your opportunities for sweet experimentation are only as limited as your imagination.