Flowers are blooming, pollinators are pollinating, and the world is a-buzz with bee news. 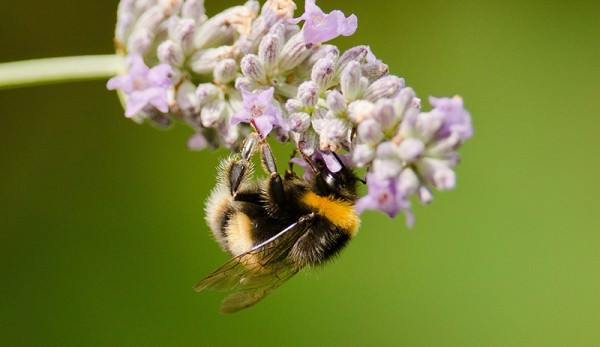 We, as a species, would be nowhere if it weren’t for the hardest-working insects out there. It’s no surprise that there’s never any shortage of bee news that I want to share with you. Alas, there are only so many hours each day (each quarter, really) that I can dedicate to writing about our buzzing buddies, so here, you’re getting a round-up of at least a few news items that you might find interesting and that, no doubt, pollinators everywhere would like for you to know.

In this state where I once resided, bees are in mega trouble. Beekeepers lost nearly 61 percent of their colonies between 2014 and 2015, as opposed to the national average of 42 percentâ€”which is still unacceptable, honestly. The legislature moved on this troublesome news and passed the Maryland Pollinator Protection Act to help curb this loss.

I fear the Maryland Pollinator Protection Act, though, isn’t much of a protector, as far as I can read. The news headlines say neonicotinoid pesticides are being restricted, but hardlyâ€”only for Regular Joe Consumer, really. As of Jan. 1, 2018, no one can sell a neonicotinoid pesticide unless the person also sells a restricted-use pesticide; nor can anyone use neonics unless he is a farmer, veterinarian, certified applicator or someone working under the supervision of a certified applicator. That’s still a lot of people using neonics!

Bees Have Feelings, Too

Bring up the subject of consciousness at a dinner party, and depending on your friend group, you might get some eye rolling or perhaps confused looks. Bring it up at a National Academy of Sciences gathering, and you’ll fit right inâ€”as long as you’re talking about insects.

Researchers are proposing the idea that bees and other insects actually have some capacity to feel. A New York Times article points out that the bees aren’t wondering why they aren’t queen or thinking about how much they like a certain nectar, but there is some level of awareness there. The insect brain, the scientists say, is similar to our midbrain, which provides for basic awareness. The article, I think, is worth the read.

The EPA Lets Texas Have Sulfoxaflor

In November of last year, the U.S. Environmental Protection Agency withdrew the legal sale, distribution and use of the pesticide sulfoxaflor. The EPA had originally approved the chemical in 2013 but then was taken to court by a group of pollinator advocates and the Pollinator Stewardship Council over the need for further studies regarding the effects of sulfoxaflor on bees. Now the EPA is letting Texas sorghum growers use the chemical againâ€”for one year, as it stands currentlyâ€”to control the sugarcane aphid. There are a heap of restrictions for using the chemical, from application rates and intervals to timing application against plant bloom. Pollinator advocates say this chemical is highly toxic to bees, but Dow AgroSciences, the chemical pesticide’s manufacturer, says it’s no longer harmful once it’s dried.

What’s the bee news in your area? Let us know in the comments below!