To get the most productive flock possible, you can cull your layers in the fall to be used for the table. 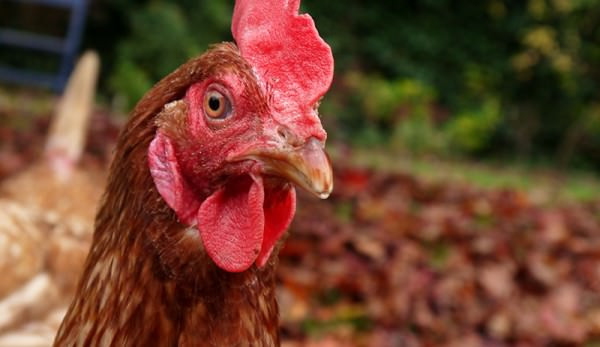 Fall is the traditional time of year for chicken keepers to cull birds from their home flocks because most folks don‚Äôt want to support unproductive chickens through winter. It‚Äôs a difficult decision to cull our chickens, but it‚Äôs the economical thing to do and they make great freezer additions. The top birds to consider culling are excess roosters, nonproductive hens and slow-molting hens.

After processing culled birds, you can look forward to tasty chicken dinners because chickens eliminated from home flocks tend to be more flavorful than supermarket birds. They generally don‚Äôt contain the antibiotics frequently given to commercially raised chickens, so they are healthier for humans, too. It‚Äôs also important to remember that because the chickens in most home flocks are not raised or bred like commercial meat birds sold in the supermarket, the methods for preparing them are different. By understanding how chickens were traditionally prepared before commercial birds were developed, your can get great tasting results from your chickens, too.

In fall, spring-hatched or purchased day-old chicks are maturing, and typically about half of these are roosters. Because most flocks only need a couple of roos, and urban or suburban
chicken-keepers may not want any, these young birds are obvious choices for culling.

‚ÄúIf a rooster is smaller, at the bottom of the pecking order or doesn‚Äôt look like a healthy bird you want to breed, consider culling him,‚Äù she says. ‚ÄúBesides overall appearance, one way to tell if a rooster should be culled is by feeling the area between his legs. If his legs are only one finger width apart, he should be culled since he might pass that physical trait onto future laying hens, which will run a higher risk of becoming egg bound. A rooster with legs two to three finger-widths apart is a better breeding choice.‚Äù

Today, folks often believe that roosters are not good for eating. However, our ancestors knew better and never let them go to waste. Young roosters, of both the egg-laying breeds, such as Leghorns or Golden Buffs, and dual-purpose breeds are delicious when correctly prepared. Roosters from egg-laying breeds make excellent broilers or fryers while roosters from meat or dual-purpose breeds make tasty roasters.

Hens that are beyond egg-laying age are also prospects for fall culling. Some chicken keepers become attached to hens and are willing to support them through old age; however, the frugal approach is to eliminate them before winter.

There are several indicators that can be used to identify non-laying hens, but two of the easiest are the comb and wattle. Laying hens have vibrant red combs and wattles, but these fade to pink when the hen quits laying. You can check skin color, too.

‚ÄúIf you‚Äôre not sure whether a hen is laying anymore, look at her feet, beak and vent,‚Äù Van Uitert says. ‚ÄúWhen hens are laying, they divert the yellow color to their yolks. Once they stop laying, the yellow pigmentation will return to the vent, legs and beak within two to four weeks.‚Äù

‚ÄúA good layer will generally have a pale beak, legs and feet, while a poor layer, or hen that is past the point of lay, will have bright yellow appendages,‚Äù she continues. ‚ÄúThis is because the pigment xanthophylls, which gives an egg yolk its bright-orange color and is found in many plants including leafy greens, marigolds, corn and parsley, is stored in the chicken‚Äôs body. Any excess not used for egg production will color the legs and feet of the chicken bright yellow.‚Äù

If roosters are involved, another indicator is behavior: Roosters mate with laying hens, so if a hen always has a sleek, unruffled appearance, she may not be producing eggs.

Once a potential non-layer has been identified, it‚Äôs a good idea to confirm the condition before culling. This can be done by isolating the hen for a few days to see if she lays any eggs. Hens culled for unproductivity are usually over a year old and are therefore best used as stewing chickens.

Because chickens molt in fall, that‚Äôs also when slow-molting chickens can be identified and culled. During molting, chickens stop or significantly slow down egg production, and a chicken¬Ýcan take from two to six months to molt. This egg production slowdown occurs because it takes the same nutrients to make eggs that it does to grow feathers. 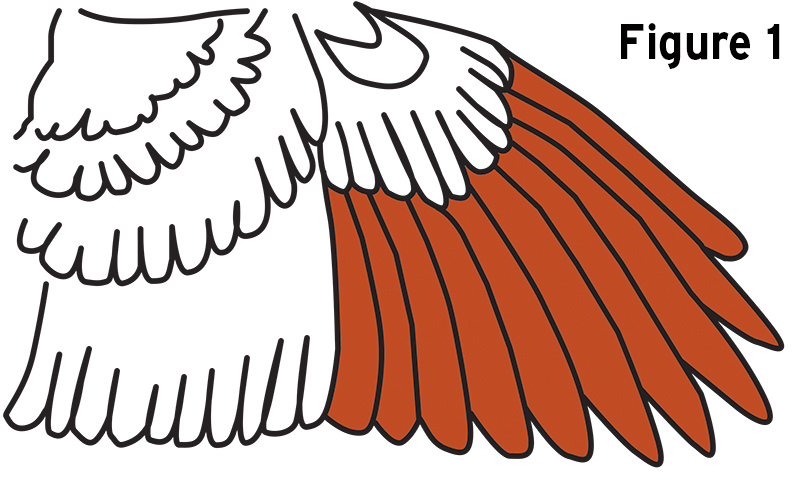 You can tell how long a chicken has been molting and how much longer she‚Äôll continue
to molt by looking at her primary feathers. Chickens have 10 primary feathers on each wing (the brown-colored feathers in Figure 1). When molting, a bird drops primaries approximately every two weeks, and each one takes about six weeks to regrow. A slow-molter will drop primaries one at a time and will take up to 24 weeks to re-feather. Fast-molters drop their primaries in groups instead of one by one and, therefore, return to production much faster. 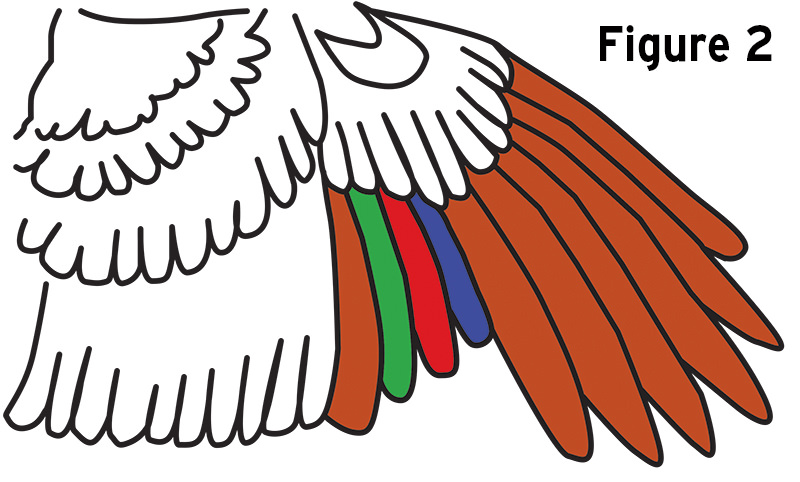 Figure 2 illustrates how a slow-molting chicken loses and regrows its feathers. 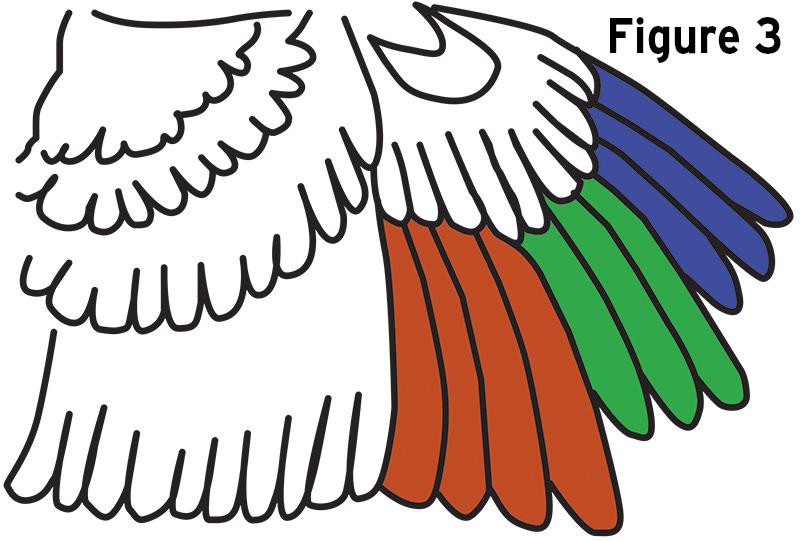 Figure 3 shows what happens with a faster molting bird.

This chicken is dropping primaries in groups, has been molting for six weeks and will continue to molt for four more or a total of 10 weeks.

Most chickens will complete molting somewhere between the previous two examples; however, when you see a hen that‚Äôs dropped many primary feathers, you should keep her. She‚Äôs a better producing chicken, while those that drop feathers slowly are candidates for culling. Chickens eliminated because of slow molting are best used as stewing chickens because they are older and will be tough unless cooked slowly in moist heat.

Today, most commercial chickens grown for the supermarket have been bred to maximize throughput and minimize cost. They reach market size in a confined space within nine weeks, and are promptly processed because losses from disease and health issues are high if they are kept longer. One problem with birds grown quickly in tight spaces, however, is that they don‚Äôt develop much flavor. It takes time, an active bird and room for the bird to roam to become flavorful. Fortunately, these are all typical characteristics of chickens culled from home flocks.

Prior to the development of commercial birds (pre-1940), there were four chicken types that everyone recognized: the broiler, fryer, roaster and stewing chicken. These types were based on when the birds were processed. The traditional chicken was expected to produce meat and eggs for the table, and depending on the breed, the farmer would decide when best to process it as a broiler, roaster, fryer or stewing bird. Although commercial supermarket birds are still called these names, there is no relationship to when they were processed.

Broilers and fryers were often excess egg-breed roosters because they couldn‚Äôt attain the carcass weight necessary for roasters, and roasters were typically excess roosters from meat or dual-purpose breeds. Stewing birds were hens or roosters being culled from the flock as older birds. Although all breeds can be culled young for fryers or broilers, in the past it was preferred to take the time to produce roasters because they were so tasty.

Chickens culled from home flocks usually don‚Äôt look much like modern supermarket birds after being processed. They tend to be longer, thinner, have longer legs and have much smaller breasts than commercial chickens. They are often about 50 percent dark meat and 50 percent white meat as opposed to the much higher ratio of white meat typical for commercial birds. And because they are much older, they need to be handled and cooked differently for best results.

After processing and before freezing or cooking, it‚Äôs recommended that chickens be aged in the refrigerator to attain the best texture. Aging is typically from 24 hours to three days, depending on the age of the chicken before culling. At least 24 hours is generally recommended for roasters, and at least three days for stewing chickens.

When preparing chickens culled from the flock, it‚Äôs important to remember that older chickens have exercised much more than commercial birds, which increases the cooking time necessary to tenderize the muscles. Undercooked dark meat or overcooked white meat can be a problem, but fortunately, the traditional names for processed chickens also describe the best method for cooking them:

Broilers, being young and tender, can be cooked quickly in the dry heat of a broiler or grill.

Fryers are older and more flavorful, so they are usually cut into pieces to achieve both tender and properly cooked portions by frying.

Roasters are old enough to have developed significant flavor, but low temperatures and moist cooking methods are necessary. Graniteware roasting pans were developed to cook a chicken so that the meat would be both moist and tender. For roasting, it‚Äôs recommended that the whole chicken be placed breast down in a small amount of water in the graniteware roasting pan and cooked at temperatures of 300 to 325 degrees F for 30 minutes per pound.

Stewing chickens should be kept moist and the cooking temperature below 180 degrees F for good results. Stewing can be done by covering the chicken with water in the pot and simmering for several hours until the meat is very tender and it falls off the bone. Both the shredded meat and cooking liquid can then be used for things such as flavorful stews or chicken soup.

For chicken keepers interested in producing meat as well as eggs, it makes sense to consider raising some dual-purpose birds. These breeds were bred specifically to be good for both egg and meat production. That way, you get both eggs from the hens and roasting-size carcasses from the roosters. The following breeds of dual-purpose chickens are very popular and are considered some of the best for meat.

Culling can reduce flock costs as well as stock your pantry, so don‚Äôt be forget to eliminate unproductive chickens in fall. It‚Äôs not fun to cull and process birds from the home flock; however, you‚Äôll benefit from more productive birds, better breeding stock and scrumptious chicken dinners.

This article originally appeared in the September/October 2016 issue of Chickens.

Lesa Wilke is a homesteader and freelance writer who loves to inspire others on their journey to more sustainable lifestyles. She accomplishes this by sharing the skills she‚Äôs learned (plus support, advice & tips) while farming goats, chickens, honeybees, and produce on her website Better Hens and Gardens (www.betterhensandgardens.com), as well as in articles for national publications.