3 Permaculture Crops To Grow In A First-Year Garden

If you want to start a permaculture garden without using chemicals or tilling, look to these three crops to start things off in your first-year garden. 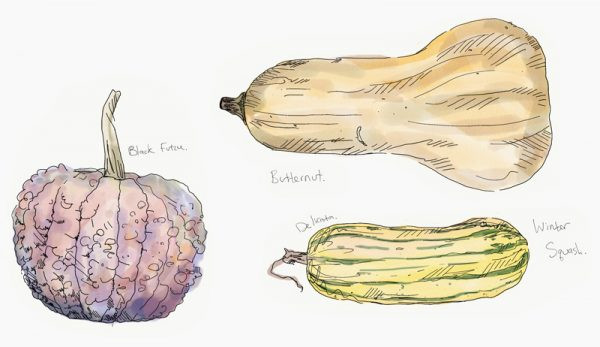 You want to grow food and just opened new land to make your first garden. Great! But what crops will work in a first-year garden?

Not just any crop will do. In fact, during the first year of production, you may not even have the right conditions to grow most crops. But in this article we will look at new garden soil and the process of making a new garden from scratch.

We’ll also look at three crops that can allow you to get a jump on growing food in your first-year garden, all without compromising the process of building proper weed-free, fertile and living soil!

Most new, built-from-scratch gardens are established in former lawns, hay fields or crop fields. This means they have weeds, are depleted in nutrients, and have suffered compaction and other conditions harmful to life in the soil.

The process I use to bring new land under production includes getting rid of major perennial weeds, improving fertility and enhancing soil life activity. A great way to do this is to apply a compost or composted manure 1 to 3 inches thick in the new growing area, then cover it with a poly tarp or weed barrier for a full season.

The compost adds nutrients. The tarp or weed barrier will fry the current ground cover, releasing more nutrients and building up soil organic matter. Together, both will encourage the conditions for soil life to thrive.

An abundance of available plant matter will decompose, releasing moisture and warmth. When I pull back a weed barrier after a few months I see tunnels of worms and other micro arthropods.

Read more: What to know about healthy soil (part 1).

You save energy by not tilling and cultivating aggressively, as well as avoid chemicals that are harmful to you and the environment.

However, it takes way more time to remove these weeds by slowly frying them with the heat buildup under tarp cover instead of using herbicide or heavy tillage. And most growers want to get growing right away and not lose another moment!

That’s understandable, of course, whether the goal is to to get income as soon as possible or just start saving by growing food immediately. Thankfully, some crops not only can be grown in the first year, but they will also help the soil forming-process and benefit from the weed barrier method of building new garden plots.

Read more: What to know about healthy soil (part 2).

But First, Don’t Grow These

First, though, let’s look at some crops that donâ€™t work in a first-year garden.

We must stay clear of the following:

The crops that do work in a first-year garden are those that will:

So, crops that work in these constraints include squash, tomatoes and husk cherries (ground cherries). All three of these crops fit the bill.

Because they are grown from transplant, they can easily be planted through a cut hole in the weed barrier. Also, all of these crops need extra heat units in most gardens, especially northern gardens, which the weed barrier will provide.

Furthermore, none of them have below-ground roots or tubers that can be harmed by wire worm. In addition, the clean environment of the weed barrier facilitates picking.

What is more, sprawling crops like squash (could be cucumbers or melons, also) and large plants like husk cherries or tomatoes will cover the weed barrier, helping to hold it down against wind and even improve the aesthetic of your new garden spot during this â€śugly phaseâ€ť that would otherwise just be a rectangle of weed barrier in your lawn.

So, in this way you have achieved a passive, chemical-free, low-energy way of improving soil and building a new garden spot, all while preserving a beautiful and productive area in your first-year garden. What is more, these crops offer a good start to learning the skills and knowledge to grow a successful garden.

Grow On and Give it a Try!