3 Edible Mushrooms to Forage from the Woods

Supplement your farm produce with wild-growing mushrooms that can be found on your farm’s back 40. 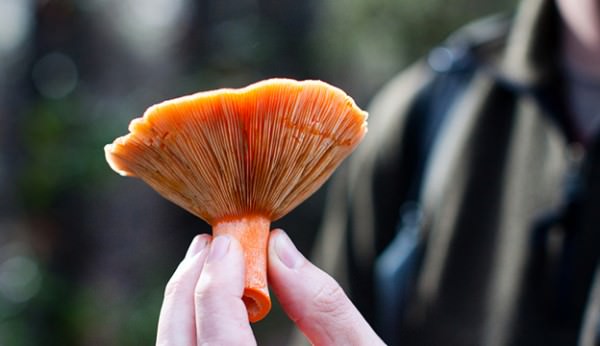 When I was little, my granddad used to take me mushroom hunting in the woods around the Little Darby Creek in central Ohio. I remember he had a specific walking stick that he used to call his mushroom hunter. We would set out through the dappled green on a warm and steamy afternoon, moving slowly through the underbrush with our eyes fastened to the ground in front of us looking for morels.

Even today, when people talk of foraging mushrooms, it’s the morel that I picture in my head. It can be magical to go in search of this kind of harvest, but if you don’t know what you’re doing, it can also be potentially fatal or make you very sick. It’s important to go with a guide until you can be confident in proper mushroom identification.

Mushroom foraging can be a fun and addicting activity, but it’s important to follow some safety rules, chief among them: “If in doubt, throw it out.” David Fischer, an expert mycologist and author of Edible Wild Mushrooms of North America: A Field-to-kitchen Guide (University of Texas Press, 1992), lists the 10 commandments of mushroom hunting on his website to help keep foragers safe. He recommends that even if you can positively I.D. a mushroom, it’s best to cook it thoroughly. Most mushrooms, including the common ones you get on your salad, can be irritating to your stomach and cooking them destroys the toxins that cause problems. Also, don’t harvest from contaminated areas, pick only specimens that are properly ripe, and avoid mushrooms that are covered in insects or appear spoiled. Never gorge yourself on mushrooms, especially if it’s your first time eating that variety—start with small amounts to be sure you don’t have any allergies. Always keep a sample of the mushroom you’ve collected until the potential for side effects have passed. Showing the doctor the mushroom you consumed can be helpful if you fall ill.

Mushrooms have numerous characteristics to help you identify them, from spore colors to gill identification. Get a good mushroom identification guide and find someone in your community to help you become a master at reading it. Once you’re prepared, head out in the woods. Here are a few common mushrooms found in North America.

This mushroom tends to grow at the base of living trees or dying stumps of oak, maple, elm, honey locust and black gum. It starts off dark gray, becoming lighter as it ages, and its pores and spores are white. Its multiple caps mirror the overlapping feathers of a hen, thus its nickname, hen-of-the-woods. Maitake prefers northern temperate areas of North America, Europe, China and Asia. There are a few mushrooms that are commonly mistaken for the maitake, such as black staining polypore, but they are equally as edible, though perhaps not as delicious.

It’s best to harvest maitakes when the mushroom is young. As it ages, it can become tough and bitter. As it grows it tends gather sticks and leaves, so be sure to fish out all the extra bits when preparing it to eat. Maitake freezes well, which is important to note because if you find a location where it grows, you might harvest up to 100 pounds in a single season. Beyond eating it fresh and freezing, this mushroom is also well-known for its medicinal anti-tumor benefits.

Lion’s mane can be found on dead or dying oak, walnut, beech, maple and sycamore. It doesn’t appear to be as picky as other mushrooms about the temperature of the forest, and its range stretches from the northern to the southern United States. As the name suggests, this white mushroom grows in a shaggy mass of spikes. To me, it looks like the woods after an ice storm.

Lion’s mane looks a lot like other members of its family, but there’s no worry, as they are all safe and delicious. Harvest lion’s mane in the fall, when it is young and white, because as it grows, it becomes discolored and can develop a bitter off-taste. Some say this mushroom tastes a lot like shrimp or lobster. Perhaps this is why people like to bake, sauté or fry it lightly and dip it in garlic butter. I’ve only ever experienced lion’s mane as a medicinal extract, where it excels in supporting the health of the nervous system.

Chicken of the Woods (Laetiporus sulphureus)

There’s a wide variety of related chicken of the woods species. The most common example is a bright-yellow, shelf mushroom found in the eastern U.S. on oak trees. You will find other family members in many other climates on a host of other trees, ranging from yellow to orange in color with white flesh and typically no stem.

In general, this mushroom fruits in the summer. It tends to have a light or white-colored edge when young and at its most edible. Mycologest Paul Stamets, in his book Mycelium Running (Ten Speed Press, 2005), suggests that if you can, just cut off and eat this margin, as it’s the best part.

There appears to be a bit of disagreement about why people often get sick when eating chicken of the woods. Some say illness occurs when the mushroom is harvested from conifer, eucalyptus or locust trees. Stamets suggests that the problem is insufficient cooking. To be safe, harvest these mushrooms only from hardwood trees and cook them using high heat to flush out any toxins. Because chicken of the woods are extremely firm and fleshy, you can prepare them on the grill, similarly to a portobello. Because this mushroom grows when many other mushrooms have stopped fruiting and it tastes a bit like chicken, one can understand why many people soldier on against the stories of upset stomach.

Mushrooms are nutritious, life giving and health preserving. There are abundant varieties in our woods that are there for the safe foraging, but just like the medicinal herbs we must approach these foods with respect. Start studying your mushroom identification books, find a trusted mentor and set out to the woods to find yourself a hearty dinner accompaniment.

One reply on “3 Edible Mushrooms to Forage from the Woods”

[…] is by far the easiest mushroom to identify. It is a white, meaty, globe-shaped mushroom with cascading spines. You can occasionally find this […]