3 Halloween Traditions That Celebrate The Harvest

Halloween isn’t all goblins and witches—it’s a time to have a little fun with the last harvest of the growing season. 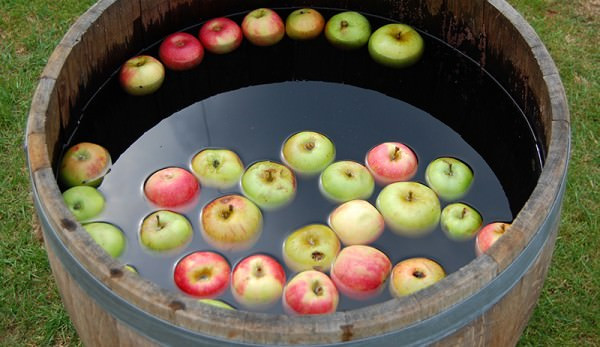 October is Halloween month. My children are 5 and 7, so this is a big deal at our house. Every day since the first of the month, I’ve fielded the requests to begin decorating the house. I like to wait until we get a bit closer, but I’m not sure I’ll be able to stick to my guns this year. We have mums outside, thanks to a fundraiser at my son’s school, and the requisite number of skeletons and ghosts for inside the house, but the kids are certain that we don’t have enough decorations. I was thinking about what we might add to our stash using traditional handmade or living décor.

As people become more separated from the farm, fall traditions seem to become more and more separate from the celebration of the harvest. The decorations we see on front porches at this time of year are now bought at the store rather than gathered in from the fields, as they once would have been, and trick-or-treat has turned into a contest for who can collect the most candy in a single night. Some of the fun of Halloween for me was always the family time involved in getting ready for it and incorporating the bounty of the harvest season. Here are a few of the traditions I’ve looked into that incorporate the season’s produce.

I remember building a corn shock every year from the dried-out rows and tying them around the tree in the front yard. Before there were combines farmers would cut their corn off about a foot above the ground and gathered big bunches together. These bunches needed to be big enough so that the wind didn’t blow them over. There are varying reports on when the corn was taken off. Some people left the corn shocks standing in the fields until they were completely dry, which is why they were a staple at Halloween, and then brought them into the barns. The stalks could be used for bedding or feed while the dried corn was taken to the grain mill.

Pumpkins are big business this time of year. As a child, we grew “Big Max” pumpkins. I remember wheeling them from the garden with a dolly one year, but it wasn’t always the pumpkin that was used in this tradition. An old Irish folk hero named Stingy Jack is said to be the reason behind this one. Jack was a bit of a troublemaker, even tricking the devil at one point. Because of everything he did in life, he wasn’t acceptable to heaven or hell and was sent to wander the earth. As he was turned away from hell, the devil gave him a hot ember from the landscape. Jack apparently put the ember inside a hollowed-out turnip (the first jack-o’-lantern) to light his way.

Do kids still do this? It seems like every Halloween youth group gathering I went to growing up had an old wash tub filled with water and Red Delicious apples. When the Celtic celebrations around Samhain became blended with Roman culture, it brought the apple into what would become Halloween. When the Celts first encountered the apple, they saw a star in the center when it was cut in half. The shape, to them, was not evil, instead representing fertility and fruitfulness. At the gatherings that would ensue, apples were floated on water or hung from strings, and the first young bachelor or bachelorette who managed to bite into one without using their hands was the next to be married. Bobbing for apples became a game of courtship, something like catching the bouquet at a wedding is today.

I think I’ll keep digging into what I take for granted around Halloween. Much like ghost stories, finding the truth behind our holiday practices makes for a good tale and a good time. It could easily become a tradition in itself!