For a natural sugar substitute that’s plant based, turn to one of these sweet herbs. 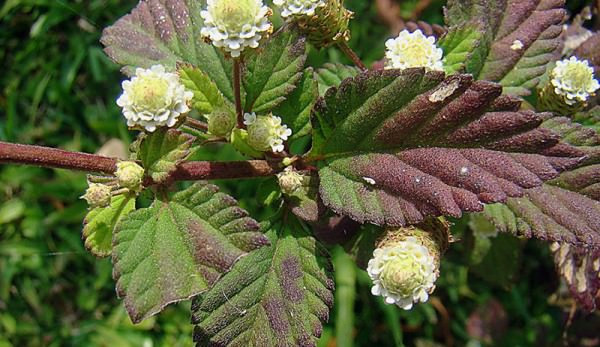 While cravings for sweet-tasting treats are an almost universal human experience, sugar and some sugar substitutes have long been known to wreak havoc on the human body. While moderation is clearly the best policy when it comes to all kinds of sweets, there are also some sweet herbs whose flavor can be enjoyed in place of refined sugar.

The intense sweet flavor in the leaves and flower buds of this Central and South American native plant (pictured above)—called Tzonpelic xihuitl by the Aztecs—is a compound that reportedly tastes about 1,000 times as sweet as refined sugar. A single leaf or flower can give a satisfying sweetness to a cup of tea and has the added bonus of not causing tooth decay.

The plant is sold under a variety of common names, one being “mayan mint”—though it is not truly a mint, but rather, a member of the verbena family. It can be grown outdoors in the summer and as an attractive vining houseplant in winter.

This South American native is one of the better-known herbal sugar substitutes. Most people just call it “stevia,” but it is also known as “candyleaf,” “sugarleaf,” or “Paraguayan sweet herb.” It’s a member of the aster family, so it’s related to daisies and Echinacea. The main sweet compound, called stevioside, tastes 150 to 320 times as sweet as refined sugar.

Stevia is an herbaceous plant that can be grown as an annual in a well-drained garden bed. It grows from both seeds and herbaceous cuttings.

Long used in Europe as a flavoring in candies and confections, the roots of this pea-family plant contain a sweet compound called glycyrrhizin, which is 30 to 50 times as sweet-tasting as table sugar.

Licorice plants are perennial in USDA zones 7 to 10. They have deep-penetrating roots, and because they are nitrogen-fixing legumes, they can grow in poor soil. In colder zones, they can be grown under heavy mulch cover or over-wintered in pot that is moved to a garage or greenhouse during the colder parts of the season.