3 Reasons to Keep a Deep-Litter Coop

A deep-litter bedding system is you need to make coop-cleaning easier and to produce a high-quality garden fertilizer. 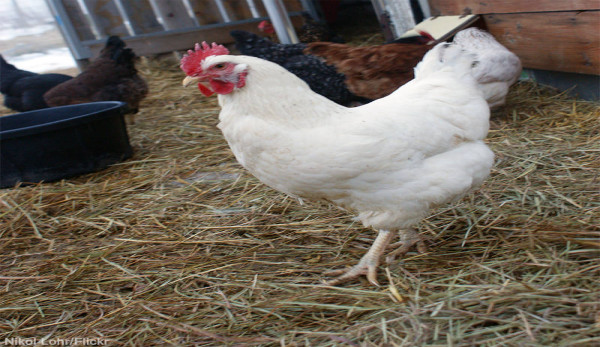 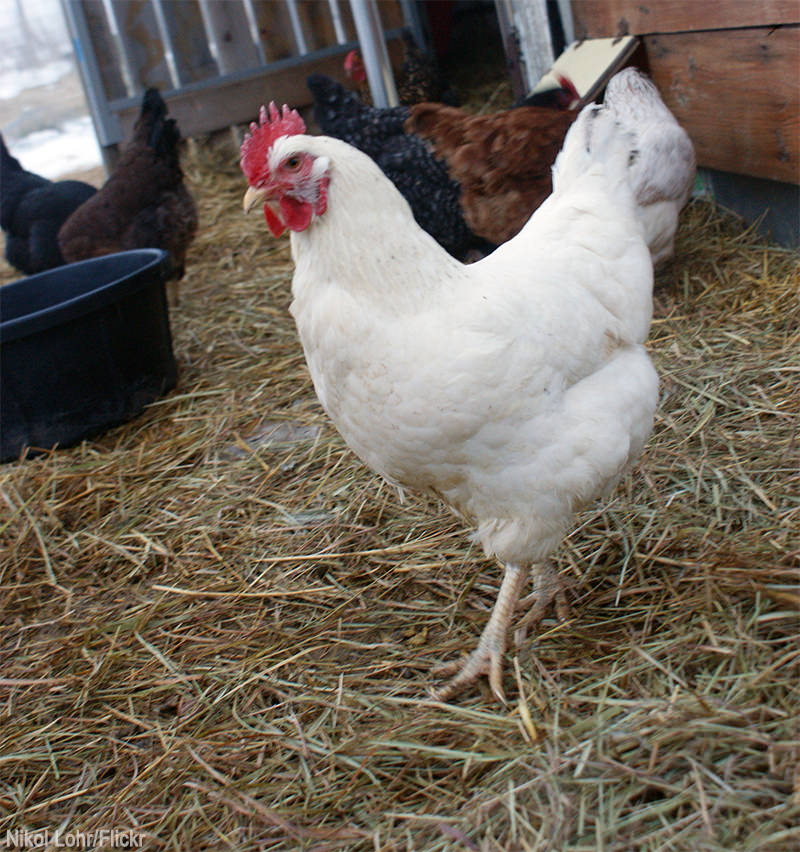 “You’re in deep (insert expletive that means manure)!â€ť is a statement you may have heard a time or two as a youngster. It was never a good situation. Being in deep poultry litter is something entirely different, though, and can be a great situation if you manage it properly.

In a deep-litter bedding system, manure and bedding are allowed to build up and compost in place. The heat from the composting materials kills pathogens and causes the bedding and wasteâ€”aka the litterâ€”to break down. You only have to clean the coop once a year or so because the larger volume you have, the faster it’ll break down. This clean-out job is a much bigger task than cleaning the coop each week, but you’re pulling out garden gold that only needs to compost a bit longer to be usable.

The Coop for Poop

Ideally, your coop will have a dirt floor to put a deep-litter bedding system into place. Kevin Ellis, poultry specialist for the National Center for Appropriate Technology, says concrete and wood floors don’t work in the same way dirt floors do. “This does not allow for the proper moisture absorption to start the composting process and will lead to excess ammonia and odors,â€ť he says.

Deep-litter bedding isn’t a system for coops without permanent floorsâ€”think chicken tractorsâ€”either. Chicken tractors don’t use bedding at all, and you should be moving your chicken tractor often enough that waste doesn’t have a chance to build up under your birds.

“Ventilation should be positioned so natural air flow can come through the coop, but can also be shut off during bad weather,â€ť Ellis says. “Fans can also be helpful in moving the air through a house.â€ť

If you have fewer than 10 birds in a coop, Ellis says you’re better off cleaning the coop regularly and composting the waste in a compost bin.

Getting your deep-litter bedding system right takes a bit of trial and error.

“The bedding should start at 6 inches in depth and can have more added gradually,â€ť Ellis says. There is no magic recipe for how much bedding should be added or how often it should be added, though. “Regardless of the size and scale, it will be based on the management. Most of this will be based on how wet or dry the bedding is, detectable odors (such as ammonia), or the behavior of the flock.â€ť

Just like in a regular compost pile, you’re finding a balance between the right amount of nitrogen (the waste) and carbon (the bedding). “If not managed correctly, moisture, ammonia and bacteria can accumulate and result in odor,s and can even impact the health of the flock or lead to mortality, especially in cases relating to respiratory stress,â€ť Ellis says.

Add 2 inches of new bedding when the bedding gets soggy or you can smell ammonia at the chickens’ level. Chopped straw or wood shavings are good bedding options.

There are three benefits to having a deep-litter bedding system:

Ellis recommends cleaning out the coop one to four times per year, but you’ll still have to add new bedding periodically as the coop conditions dictate.

“It’s important to leave some of the bedding from the previous system in the house and mixed in with new bedding to allow the beneficial microbes to get started in the fresh bedding. It can accelerate the process,â€ť Ellis says. “I would also recommend that producers fully clean out the house in between flocks to ensure the health of the new flock coming in, especially if the previous flock had any health problems.â€ť

“Poultry litter, when composted correctly, can be a great fertilizer,â€ť Ellis says. “However, I would recommend that a producer finish the resulting bedding off in a compost pile to make sure that the heat and beneficial microbes have destroyed any unwanted bacteria that can remain.â€ť

No odor or bedding particles will remain in fully composted poultry litter, according to the University of Idaho Extension. Also, get your composted litter nutrient-tested so you know how much to apply to your soils, based on your annual soil test.

“If the system is started in the spring and continued throughout the year, it can help to generate heat in the winter months,â€ť Ellis says. “Microbes will generate this heat as a byproduct of the deconstruction process of the bedding. Depending on the area, the heat may not be enough to replace heaters entirely but can certainly help.â€ť You might be surprised to hang a thermometer at your height and one at chicken-height to see the difference in temperature. Stick a compost thermometer into the litter to see how much the composting litter is heating up underfoot!

Your poultry manure is going to break down and compost sooner or later. By managing the composting material inside your coop through a deep-litter bedding system, you’re creating new benefits for your whole farm.

Get more coop help from HobbyFarms.com:Â

About the Author:Â Freelance writer Lisa Munniksma blogs every week about ag news and opinion forHobbyFarms.comâ€™sÂ The News Hog, and you can also check up on her adventures in sustainable living, agriculture and food systems around the world atÂ www.freelancefarmerchick.com.
Â