Chicken Quarters: 3 Solutions for Aggression Within the Flock

Handle a nuisance hen or rooster with one of these three proven methods. 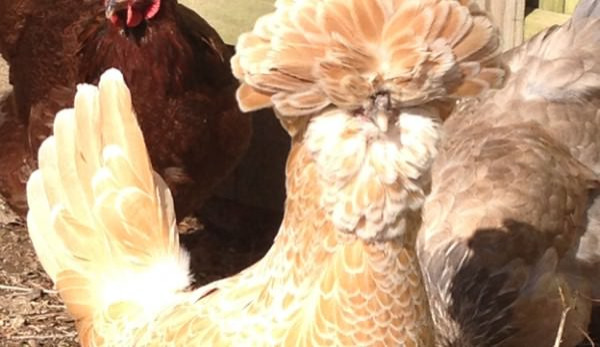 My cockerel has taken against one of the hens and is attacking her. I’ve separated them for now, but this isn’t feasible long-term. Can you give me any advice? â€”Liz Blanche

When we commit to raising chickens, sometimes we unknowingly invite a problem chicken into our coops. It isnâ€™t always a rooster that causes problems; sometimes a hen is just as bad.

Unfortunately for roosters, most can be a serious nuisance, not only for nearby neighbors but for the flock, as well. If youâ€™re keeping a rooster in an urban or suburban area, you likely have just one rooster if any at all. If thatâ€™s the case, he needs to be of the rare angelic variety. These dudes are diamonds in the rough, total gentlemen to your hens, and friendly toward their keepers. Good roosters protect their flocks, and they have manners. On farms, most roosters are culled for food. The naughty ones become someoneâ€™s dinner, and only the good ones are kept for breeding.

Often in an all-female flock, the division of duties often includes one hen taking over the job of protecting the other girls. Sheâ€™ll become the voice of warning, and sheâ€™ll even cluck along the top of a fence with the voice of morning. Even this dedicated hen can be as much trouble as many roosters. In the case of my own flock-protector, a crested Polish (a breed known to be docile and friendly), sheâ€™s a bad eggâ€”an attack chicken. Lucky for her, weâ€™ve learned to work around her behavior.

Once you find yourself with an aggressive hen or rooster, your options are slim. Here are three things you can to do ease or eliminate tension in and around your flock.

Lock up the offending poultry alone to show it whoâ€™s the boss. (You.) In order for isolation to work, the bird needs to see the flock going about its day without its meddling. Does it pick on the hens when theyâ€™re foraging? It should have to watch them forage. Does it bully the hens when they eat? It should have to watch them eat without its interference.

If none of your chickens can free range, rig up a temporary shelter for the offender next to the coop so it can watch the others go about their daily business. Continue enforcing isolation until his behavior changes.

Reversing the isolation, and letting the chicken free range while the rest of the flock is locked up will not change its behavior.

If a problem chicken is picking on other chickens, but not harming them, the behavior is part of the flockâ€™s pecking order. This isnâ€™t a problem, per se, but this alpha chicken might see its keeper as a threat. Understanding its patterns can help the chicken keeper deal with its behavior.

My Polish hen is more protective when eggs are in the nest box. She also feels entitled to eat before the youngest in my flock. Iâ€™ve learned when to avoid her, when to walk around her, and when to be sure she stays locked up, such as when we have backyard guests. Working around her behavior, without condoning aggression, is key to harmony.

Nobody likes to talk about culling, but if an animal is causing significant physical harm to its keeper or to the chickens itâ€™s supposed to protect, it has to go. The swift neck-break method is commonly accepted as a humane practice. Patricia Foreman has published a clear tutorial in her book City Chicks (Good Earth Publications, 2010). Taking the animal to a veterinarian to be euthanized is also an option. Our own vet offered to charge only $5 should we choose to put down our problem hen.

I didnâ€™t mention rehoming because itâ€™s not a sound option. Itâ€™s not fair to pass a dangerous chicken on to someone else. Work with the chicken, adapt with the chicken or cull the chicken. Problem chickens that are rehomed (especially to farms) or that are taken to animal shelters are likely to be put down anyway.