3 Things Your Bees Are Doing This Spring

With flowers a-blooming, your bees should be a-buzzing with activity—here’s a peek inside the hive. 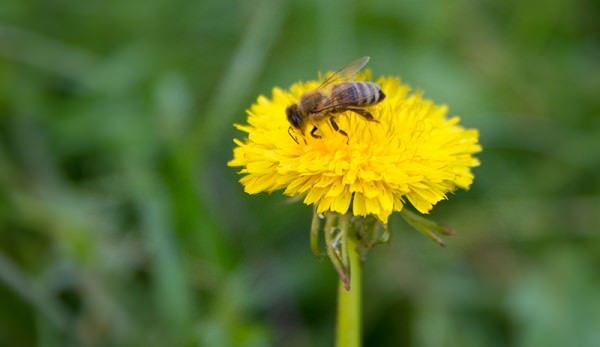 Spring is in full swing here at Mockingbird Meadows, so there is much more flower variety for bees to choose from now than when the season first started to warm up. With all this pollen and nectar, there is a virtual population explosion going on in our hives. The bees are feasting on:

The bee colonies are smaller and made up of only females. In spring, the queen begins laying eggs for male bees (drones), and the worker numbers increase greatly. Before long, the hive is bursting at the seams, and there isn’t a lot of elbow room inside. When they begin to run out of room, the workers start feeding up a batch of new queens and get ready to fix the problem.

The solution to the population issue in a hive is to swarm. The queen will take about two-thirds of the hive with her and relocate. Witnessing this exodus is tantamount to experiencing a modern marvel. The air seems to turn black, and the hum in the bee yard reaches a shouting level, but these bees are not angry or aggressive. Can you imagine leaving home with 20 to 40,000 of your closest friends and keeping everyone moving in the same direction? I just think of gathering just my two kids together at the zoo—it seems logical that, in the case of the bees, there would be a bit of shouting!

Before the queen leaves the hive, everyone who is going with her gorges itself on honey stores, so they don’t have to stop for a bite on the trip. Once the swarm has left, the remaining hive is deafeningly silent in comparison.

The bees that remain now have plenty of room to work. They have to fill up the honey stores again for starters. In the nursery, the queens may be hatching out. The first queen to hatch has the prerogative to kill all the other queens in their cribs. If two queens hatch out, they will have to fight to the death. The winner has just a short time to rest, and then she will have to go out on her mating flight.

The mating flight is necessary to ensure genetic diversity within the hive. The new queen will interact with as many drones from the surrounding neighborhood as possible. When she returns to the hive, she will likely never leave again unless she heads up her own swarm at a later date.

I love this time of year, though it is a lot of work. In a sustainable beekeeping operation, we do not discourage swarming. This is a sign of health in our hives and a way for us to expand our bee yard. I love to see a swarm of bees leaping into the air. The first challenge is in catching it, and the second is in the timing. Today, I am flying across the country for a conference. Just before getting on the plane, one of our hives swarmed, and I had to set aside the “to do” list to manage it. With the weather warming and the blooms increasing, being a beekeeper means you must be ready to change your plans for the day at a moment’s notice.