3 Vermicomposting Fails & How To Do It Right

Vermicomposting is a super-simple way to turn your food scraps into fertilizer—as long as you follow these guidelines. 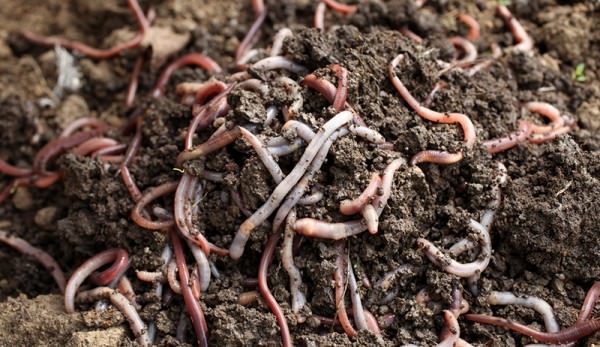 Many organic gardeners swear by worm castings, the material left behind as worms consume decomposing organic material, as the preeminent soil amendment. Many of those same gardeners contend that worm tea is the ultimate fertilizer. They are both indeed excellent, nutrient-rich products, but if you’re going to make them yourself by vermicomposting (composting with worms), you’ve got to do it right. Here are some common vermicomposting mistakes and how you can correct them.

One of the main differences between composting and worm composting lies in the management of the piles. In traditional composting, your pile must reach temperatures as high as 160 degrees F to kill or sterilize pathogens, bacteria and weed seeds. This temperature is not however conducive to worm composting, as worms need to be in an environment between approximately 55 and 77 degrees F.

Many bins that are designed for vermicomposting are also suitable homes for other insect species and can harbor fungi and bacteria, as well. It is important to build or purchase a vermiculture container that is appropriate for the raising of worms which allows for proper ventilation and drainage.

Place your vermicomposting structures in an area that is dark and quiet. The environment should be damp, but not overly saturated. If you can wring out water when squeezing a handful of the material in your vermicomposting bin, it is too wet and can invite many diseases into the worms’ environment. The material should be able to hold a ball-like shape when compacted by hand, but should not release any water.

Over-feeding the worms in your vermiculture system can tip the balance in the favor of other insects and diseases, as well. Make sure to follow a feeding regimen based on the estimated number of pounds of worms in your worm bin. An average amount of fodder to give to your worms is 3 to 4 pounds of food scraps per each pound of worms. This can be difficult to estimate, but when initially purchasing worms to set up a vermiculture system, they are generally sold by weight. Assuming that they are well-fed and in a conducive environment, they will reproduce and increase their numbers and there will also be those that do not survive. Start with the initial weight of the worms as your basis, and adjust accordingly based on how quickly the food is eaten. If there are still food scraps within you vermicomposting bin that have been there for more than a week, you are feeding them too often.

A common mistake in feeding worms is to assume that they can or will eat anything organic or biodegradable. There are in fact several common food and organic materials that should not be put into a vermicomposting system:

One of the biggest environmental dangers with vermicomposting is choosing the wrong species of worms. Generally speaking, the most optimum species of red worm for vermicomposting is the Eisenia foetida, generically be referred to as “red wigglers,” “manure worms” or “red hybrids.” Make sure to check the genus and species name before purchasing.

Other worm species are not conducive to being raised vermiculture environments, incuding Lumbricus terrestris, commonly known as the “night crawler,” and Lumbricus rebellus, the common earthworm (though some resources will recommend these). If released into the wrong environment, the action of these types of worms disrupts soil activity and in some cases can lead to plant death. Although we are all very familiar with them, they are actually natives of Europe and are invasive species of worms in North America. Take care to not contribute to increasing their numbers.

If you don’t have a lot of space to work with—and even if you do—vermicomposting can offer a great solution for keeping food scraps out of the landfill. And by following a few simple rules, both your gardens and your worms will thank you.

Chris Bond is the Horticulturist, Farm Food Program Coordinator at Case Western Reserve University Farm and an instructor at CWRU's Siegel Learning Program. He’s been the lead on the Farm's initiative to grow food without using synthetic inputs since the program's inception in 2009. Bond is also the host of a weekly radio program devoted to sustainability, "Keeping it Green," heard on Northeast Ohio’s WINT 1330 AM.