3 Ways To Protect Grassland Birds On Your Farm

Provide a refuge for grassland birds on your farm with these field-management techniques. 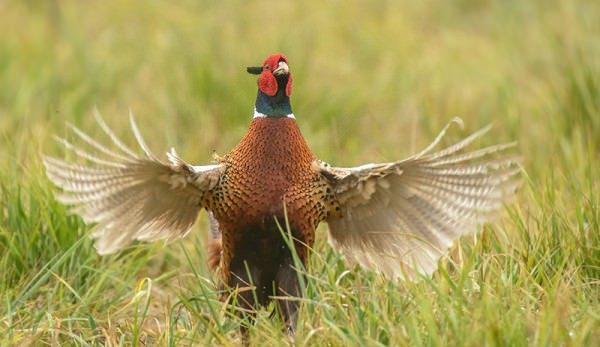 Grassland birds are a cornerstone of Great Plains ecology. Forty-two species call American grasslands home, from smaller birds, like the Eastern meadowlark and Henslowâ€™s sparrow, to larger ones, including the ring-necked pheasant and the sharptail grouse. Unfortunately, their habitat is being threatened dramatically by the spread of human development, both rural and urbanâ€”the Wildlife Conservation Society acknowledges that these birds are the most threatened group of species on the continent.

The State of the Birds 2013, a joint report on the status of birds and bird habitats on private lands for 2013, says that grasslands cover 358 million acres of the U.S., and 85 percent of that landmass is privately owned. Because these species nest on the ground and so much of their habitat is not in the public sector, a good portion of the conservation burden lies on the farmers and ranchers who own these grasslands. Here are a few ways to promote grassland bird habitat on your farm without hampering your farmâ€™s production.

Patches of uncultivated land make a perfect habitat for grassland birds. According to the Michigan State University Extension, keep sections of uncultivated land next to pastures and fields instead of row crops, woodlots and residential areas to maximize the number of bird species that can nest in an area.

The initial cost of planting warm-season grasses, such as Indian grass, switchgrass and big bluestem, is higher than that of their cool-season counterparts, but converting a portion of a cool-season field or pastureâ€”the MSU Extension recommends one-fourth to one-third of a field or pastureâ€”can pay for itself and then some. The conversion will give your livestock a wider variety of forage throughout the year, in addition to a longer period of grazing for animals while also promoting grassland-bird habitat in the spring nesting season, when it is most valuable. Finally, warm-season grasses native to your area will likely be hardier and less susceptible to pests and diseases than their non-native counterparts.

To reduce grassland-bird mortality, mow fields and pastures outside of nesting season, which runs from April to August for most species. If this isnâ€™t an option, minimize the number of mows during this time. Implementing a rotational mowing plan, where you mow one section of a fallow field or grassland once per year, minimizes habitat disturbance and allows the plants to have varying age structures, which in turn provides nesting ground for a wider variety of birdsâ€”some species, such as the killdeer, nest in grass shorter than 6 inches, while others, including the dickcissel, require more than 2 feet.

Grassland birds contribute to biodiversity, and their habitat aids in improving water quality and watershed health, so promoting habitat on your farm can benefit both birds and farmers, both in the short term and the long run.