4 Common Landscaping Shrubs That Are Medicinal

Common shrubs used in the landscape can provide food and medicine along with beauty. 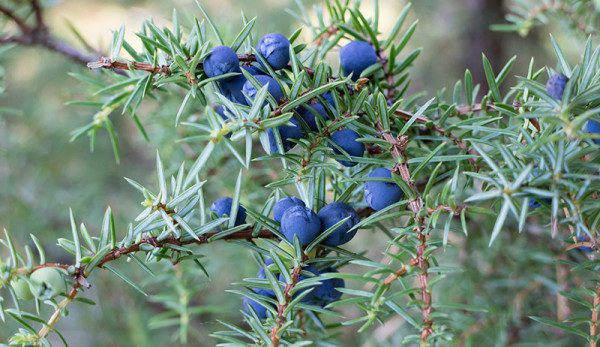 In the landscape, shrubs provide needed structure and color. They fill in where the eye would often get lost between the ground cover of perennials and the taller interest found in trees. Shrubs can provide living screening and habitat for wild creatures, but if you look closer around your office building or storefront, you may also find something that is even more useful in the form of natural remedies.

In most areas of North America, juniper (pictured above) is easy to grow. They will tolerate most soils except for an extremely wet one. This makes them great for the dry soils found next to sidewalks and streets. They also require very minimal trimming and maintenance.

You may be best acquainted with the juniper berry as the predominant flavor in gin. This same berry, which is high in volatile oils, has long been used for as a medicine for urinary tract infections, arthritis and gout.

Holly is extremely popular in the landscape. When we moved into our house, there were a few in the front flower beds, and I have truly enjoyed them over the years for their glossy foliage and red berry accents. Most people donâ€™t know that this family of plants is also incredibly medicinal. It is generally accepted that the holly berry is toxic, so only some species are used medicinally for their leaves:Â I. opaca and I. aquifolium.

The popular South American yerba mate is an example of this genus. One of chemicals that is most present in Ilex is caffeine, but there are others that combine to make a tea of the leaves an important diuretic and a great way to break a fever.

Although there are a number of species of barberry that get chosen for streetscapes, it is B. vulgaris that is most associated with medicinal attributes. Barberry is known as an important food and medicine throughout the world. In America, the yellow root is most often used as a natural antibiotic, containing an important substance called berberine.

Barberry root is moreÂ plentiful than goldenseal because it grows in very poor soil in a variety of sun exposures, so it makes a great substitute. This hardiness is what makes it so popular in the landscape. In Europe and in Ayurvedic preparations, the berry is well-known as an antioxidant. It is particularly tart and is often included in baking.

My favorite, and a star in tough landscaping situations, is the rose. You find R. rugosa in island beds throughout parking lots, a truly brutal going situation! These rose bushes are difficult to kill and provide beautiful greenery, even when it is not producing vibrantly colored, fragrant blooms.

Rose petals are just the thing to eat or make into a variety of remedies for stress and anxiety. Topically, they are a gentle astringent and can be used in a number of skin issues with great effect. In the fall, the hips that remain after the blossoms fall are high in vitamin C and can be used both internally and externally.

As a botanist, I admit that I view a landscape differently than the average person. It excites me to know that without consciously knowing it, we choose to populate our toughest landscaping areas with food and medicine. The perennials and shrubs responsible for this wonder are cleverly disguised as â€śdecorationâ€ť until we know to look a little closer.