4 Compact Squash That Save Garden Space

Want to grow squash but fear the plants will take over your garden or yard? These compact varieties are for you. 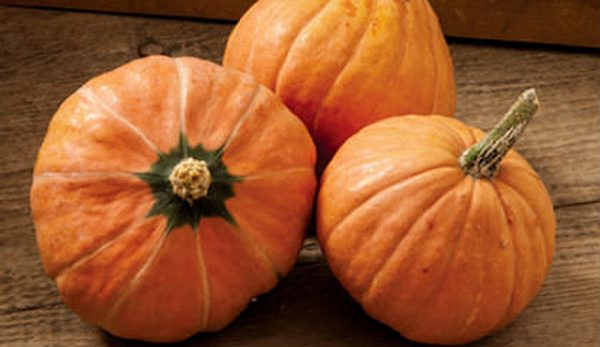 Squash are greedy vegetables that gobble up space. Deep-throated gold blossoms buzz with bees while fuzzy vines stretch across the garden and into the field, leaving umbrella-like leaves in their path. While the ancestors of modern squash varieties had a penchant for roaming, breeders have not only improved squash flavors and made their skins more tender, but also curbed their wanderlust. Today gardeners with pocket-sized vegetable patches or a penchant for maximizing spatial yield can indulge their passion for squash with these space-saving varieties.

1. Patio Star Zucchini
Mild, white-fleshed summer squash come in an array of interesting shapesācrooknecks, straightnecks, pattypans and zucchinisāand a kaleidoscope of colors. Most are bush types, which are perfect for saving space, as theyāre upright, prolific, nearly foolproof and easily accommodated in a 2-by-2-foot square.

Tim Russell, of Territorial Seeds in Cottage Grove, Ore., recommends Patio Star zucchini, introduced in 2012, as a compact yet high-producing variety. “Even though it is significantly smaller than usual zucchini varieties, this zucchini produces loads of full-sized fruit,ā he says. “Patio Star can be easily grown in containers or tightly spaced in garden beds.ā

2. Lemon Summer Squash
Randel A. Agrella, general manager of Baker Creek Seed Company in Mansfield, Mo., recommends Lemon summer squash, which yields bright-yellow, spherical fruits that are both sweet and tender. In additional to producing huge yields, itās claimed to have the best insect resistance of any other summer squash on the market.

3. Honey Bear Acorn Squash
Most winter squash are ramblers, but J. Brent Loy, a University of New Hampshire professor who has spent more than 40 years breeding compact squash, says the Honey Bear acorn is his best development out of the 50 or so varieties heās released. The plants produce three to four fruits, each weighing between 1 and 2 pounds. Another great benefit is the varietyās resistance to powdery mildew.

4. Gold Nugget Squash
Gold Nugget has long been my favorite winter squash. A 1985 AAS winner that was developed as a substitute for sweet potatoes in short-season areas, this plant produces 1-pound fruits that are just right for two servings. Although the 3-foot bushing plant often bears up to nine fruit, Loy recommends gardeners prune each plant to three or four. The young fruits can be eaten as summer squash.

Trellis Your Squash
Even if you choose not to grow compact squash varieties, trellising squash can save you garden space and has several advantages: It improves fruit shape, allows for better air circulation to promote healthier vines and fruit, and simplifies harvesting.

Gardeners growing squash on trellises orient them north of other vegetables in nearby spaces to avoid the shading effect, suggests University of Minnesota vegetable specialist Vince Fritz. Use a cloth or nylon sling to support trellised squash that weigh more than 15 pounds.

Grand Rapids, Minn., master gardener Jennifer Behm grows acorn squash up the same trellis as her peas.”As soon as the peas are done, I tear out the peas and let the squash take over,ā she says.”The acorn is small enough to hang on without breaking off, and itās nice to use the same trellis for two veggies in the same season.ā