4 Fabulous Fall Honey Varieties & Why You Should Try Them

Fall honey is rare compared with honey harvested in spring and summer. Here are four fall varietals that reflect their places and plants of origin. 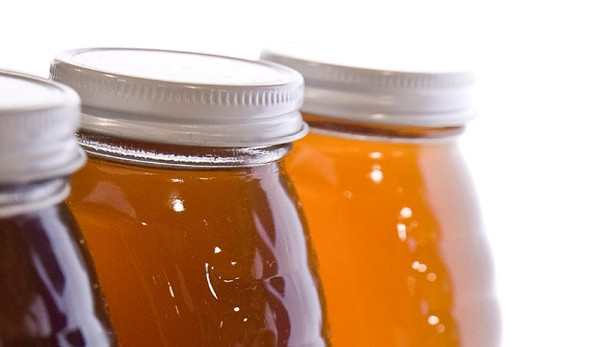 A word derived from French describes the conditions in which wine grapes grow and thus affect the quality of the wine: terroir. Roughly meaning, “of the earth,” terroir refers to everything about the growing environment of the fruit: the geographical location, the amount of rainfall that year, the stress the grapevines might have endured, and especially the conditions of the soil. Honey, just like wine, has a terroir all its own, and that certainly applies to fall honey.

Honeys stored and harvested in the autumn in the United States have a very distinct terroir from their spring or summer counterparts. Fall honey varieties tend to have a deeper, darker color, more body and richer flavor, and they store well. The plants that flower in the fall in most North American regions are gathered by honeybees at the end of their season. And while honey is always stored with one purpose in mind (to save as much as possible for the coming winter), fall honey is in short supply and highly coveted by some honey connoisseurs because it’s rare that natural beekeepers will pull honey from their hives so late in the year. Autumn honey is a fail safe: If the beekeeper has taken too much earlier in the year, or if the dearth has been unpredictably hard, the fall bloom is critical for the hive’s chance at surviving through winter.

If you’re one of the lucky few to be able to harvest or source fall honey, here are a four popular varieties and the wonderful flavors that are in store for you:

Of the four honeys listed here, Aster is the outlier: It’s quite floral, rather light in color and much like candy. It’s more prone to crystallization than other honeys, but it probably won’t last long enough in your cupboard for that to happen. It’s harvested quite late in the seasonâ€”mid- to late September, and even October in some regions. With honey this late, it’s important to purchase from reputable beekeepers who harvest responsibly so as to leave their colonies with enough to get through winter.

A very invasive weed called the Japanese Knotweed is unfortunately (or fortunately?) responsible for Bamboo Honey, which is available in 43 states. The plant is also called fleeceflower, elephant’s ears or Japanese/American/Mexican Bamboo, and the honey from it is very dark, mildly floral and reminiscent of a softer Buckwheat honey. Like the others, it’s valued for producing nectar at a time when little else is blooming.

Honey fanciers either love or hate buckwheat honey. This extremely dark fall honey is probably the thickest, deepest, darkest of the North American honey varietiesâ€”and perhaps of any honey. As a general rule, the darker the honey, the more nutrients it contains, and buckwheat is no exception: It’s particularly rich in iron and is a wonderful honey for making mead. For beekeepers, buckwheat is a fantastic crop to grow for your bees because it’s so easy and so fast growing. It goes from seed to flower in just about four weeks.

Goldenrod honey is harvested in late October in most regions, and like other fall varieties, it’s heavy. It doesn’t have quite the molasses flavor and texture of buckwheat, but it’s another varietal with many nutrients and health benefits (and is also wonderful for making mead). Allergy sufferers in particular love and benefit from goldenrod honey because the flower is the source of so many fall allergies. Just remember to buy and have last year’s goldenrod on hand already, so you have it in time for this year’s bloom.

Honey, like wine, is a very personal preference. If you’re truly curious about varieties of honey, their flavor profiles and their best applications, reach out to your local beekeepers, beekeeping club or county/state fair for information on honey taste-tests. It’s a wonderful way to meet people, talk to beekeepers and learn about harvesting single-varietal honey (which is much harder than it sounds). You’ll learn fabulous new things about honey and each varietal’s unique terroir.