4 Fungal Tree Diseases You Should Know

Trees are an important plant on your farm, whether or not they produce food or income for you. Be on the lookout for these issues and know how to treat them. 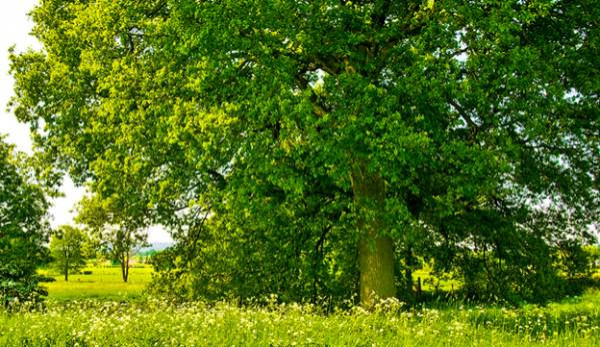 Mature trees look strong and almost indestructible with their height, bulk and thick bark. It’s easy to forget they’re just plants at heart and are just as susceptible to diseases and pests. Considering the trees on your property probably bear fruit or nuts, provide necessary shade, grace the land with flowers and foliage, and offer habitat to wildlife and pollinators, itâ€™s important to know how to care for them well. There are many issues plaguing trees that you should learn to recognize.

The diseases mentioned here have their own recommended control options, but the best preventative measure is to plant species that are disease-resistant. Also, avoid moving firewood and other raw-wood products, which can spread diseasesâ€”particularly those transmitted by insects. (The insects will ride along with the wood you’re carrying.) Don’t allow wood to be moved off of your property to be taken to another area or onto your property from another area.

Here are four common tree diseases that you should be aware of and what to do if you spot them. 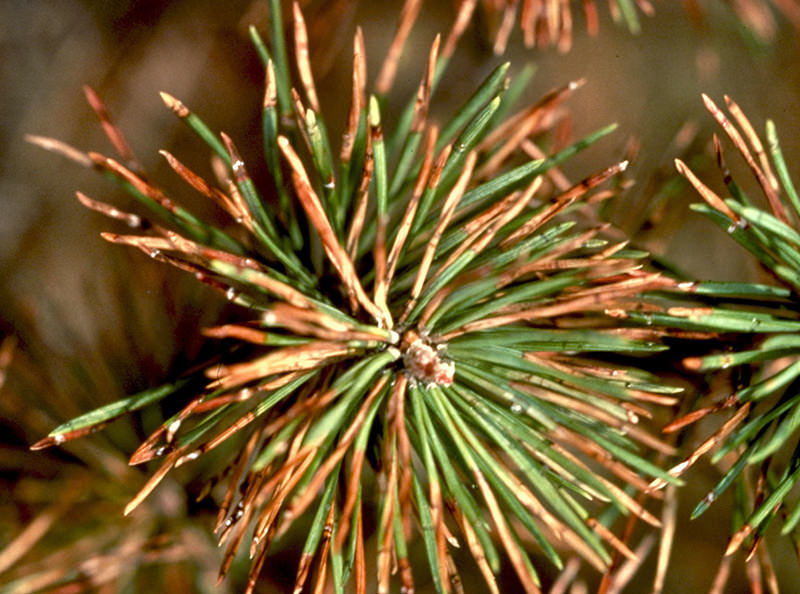 Brown spot needle blight can be found in pine treesâ€”particularly long-leaf pinesâ€”in the Mid-Atlantic, south-central and Midwestern states, westward through Oregon. Itâ€™s caused by the fungus Mycosphaerella dearnessii (aka Scirrhia acicola), and spread via rain.

Low-growing branches and saplings will develop brown and yellow needle lesions in the spring through fall, which eventually turn the needles reddish-brown and kill them. Diseased needles often have brown tips. If you spot these symptoms, destroy any trees showing signs of blight to stop the spread. 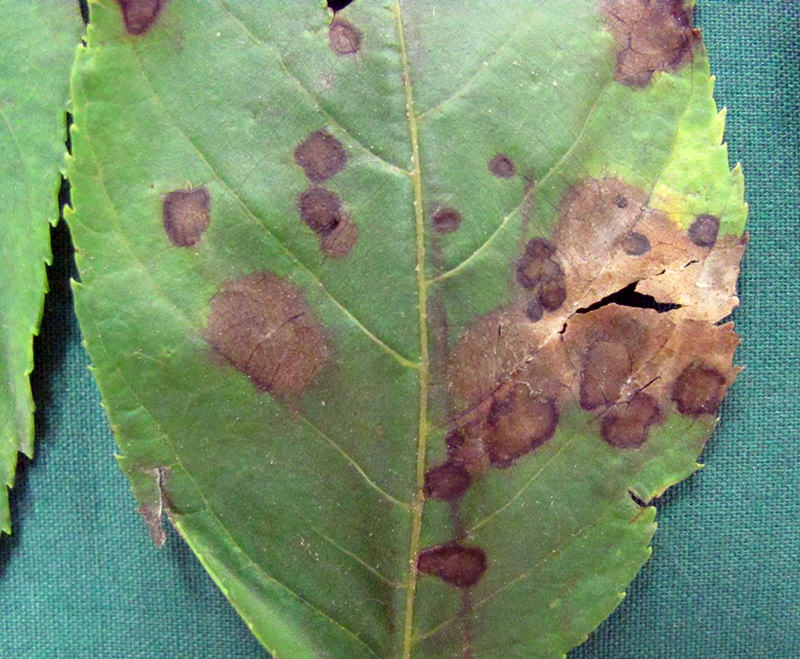 Also known as twig blight, leaf blight or shoot blight, anthracnose is another fungal disease that is spread by water and is common in areas particularly with prolonged rains. Trees will begin to show sunken gray, black, tan or brown spots on leaves, stems, fruit or twigs, sometimes more so along leaf veins. Leaves may wither or drop, and cankers can form on branches and trunks.

Sycamore, ash oak and evergreen elm trees are particularly prone to anthracnose, though other deciduous and evergreen trees, as well as fruits, vegetables and grasses, can be infected, as well. A whole host of fungi cause the disease, including Apiognomonia errabunda, A. veneta, Colletotrichum gloeosporioides, Discula fraxinea, Glomerella sp., Gnomonia sp., Marssonina sp. and Stegophora ulmea. 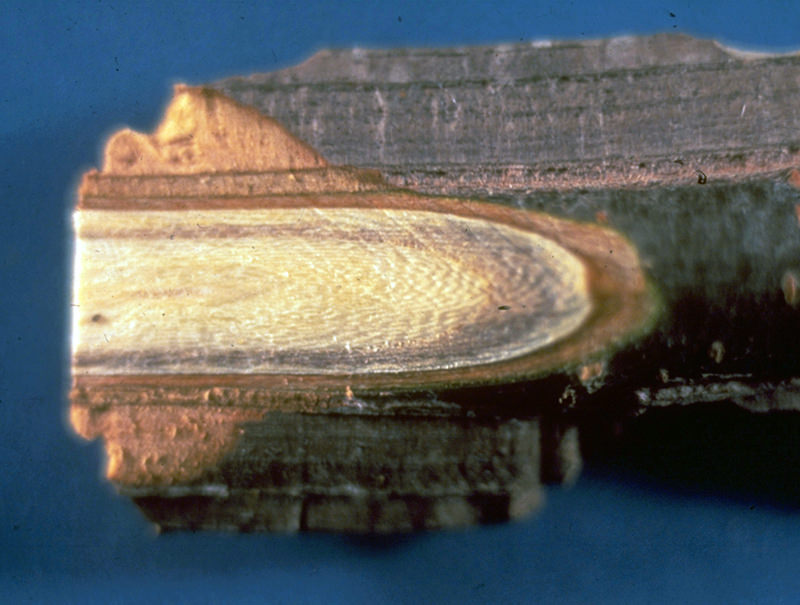 Dutch elm disease, caused by the fungi Ophiostoma ulmi (Buism.) Nannf. and O. novo-ulmi Brasier, is a huge problem throughout the U.S., having killed more than 40 million elm trees. The American elm is highly susceptible, though other elm species, including winged elm, September elm, slippery elm, rock elm and cedar elm can also be infected.

While DED is not usually found in areas with drought conditions, water isnâ€™t the main player in the spread of this disease. The culprits are native and European elm bark beetles, though spread can also occur through the grafted-root networks of elms growing near one another. Leaves of infected trees will wilt and then turn yellow and brown, and branches and stems develop dark streaks on their growth rings. Different parts of the same tree can show symptoms starting in late spring and on through the growing season.

When you spot an infected tree, remove and chip, burn or bury it to prevent spread of the disease by bark beetles. Break root grafts of trees within 50 feet of one another so DED cannot be transmitted via root systems. Plant a mixture of tree species among elms and space elms far apart when planting to reduce any damage. 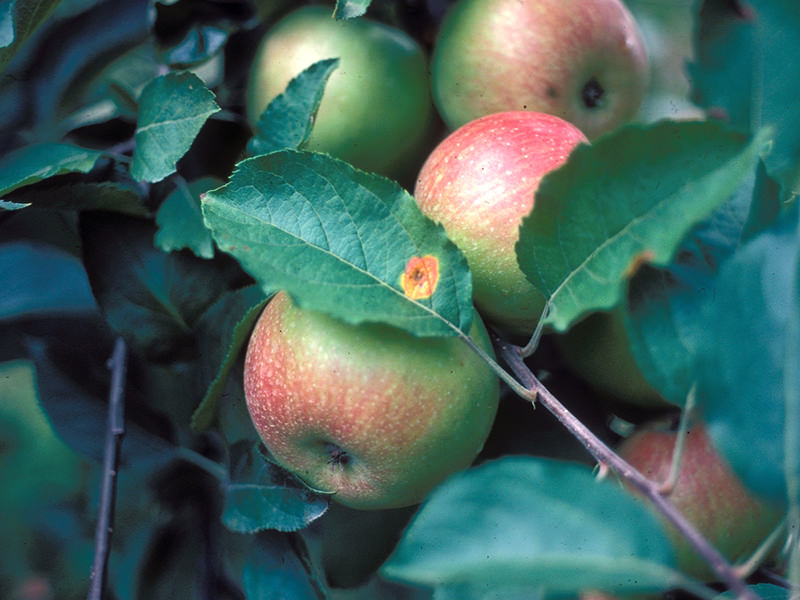 Apples trees and eastern red cedars found east of the Rocky Mountains are susceptible to cedar apple rust, a fungal diseases caused by Gymnosporangium juniperi-virginianae. Itâ€™s a vicious cycle where eastern red cedars’ telia release spores in the spring that infect the young leaves and fruit of apple trees. In mid-summer and autumn, the spores produced on the apple leaves then infect the eastern red cedar.

In apple trees, powdery, yellow-orange fungal spores develop on the undersides the leaves. In the spring, when theyâ€™re infected, yellow or orange spots form on the leaves, eventually killing the leaves and causing them to drop and apple production to be reduced. Some fungicides may be effective against cedar apple rust in orchards.

On eastern red cedar trees, the fungus instead affects the branches, forming galls that may kill the branch. Teliaâ€”bright-orange, gelatinous, spore-producing hornsâ€”grow from the gall, especially after a warm, spring rain. If you notice galls on red cedars, pick them off and destroy them. Also remove infected red cedar trees near apple orchards, but realize spores can travel for miles.

There are hundreds of pests and diseases affecting trees. Knowing these four are a good start to keeping the trees on your farm healthy. Contact your cooperative extension office to learn about tree diseases prevalent in your area and to your tree species.