Put your farm-raised, heritage turkeys at the top of more customers' Thanksgiving shopping lists this season with these heritage-turkey marketing considerations. 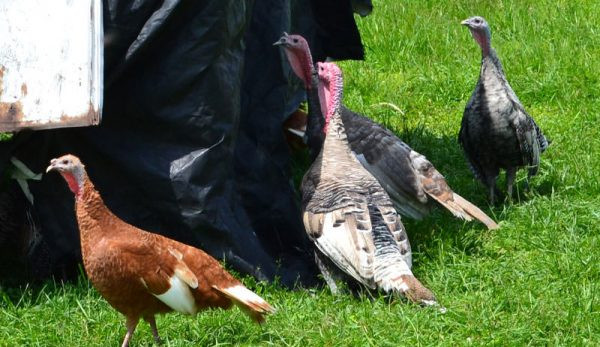 The taste of frozen, supermarket turkey has nothing on that of a farm-fresh heritage turkey. Hobby farmers and foodies around the world know this, yet communicating it to the greater Thanksgiving-celebrating public isn’t as easy. Once customers replace the commercial Broad Breasted White turkey with the heritage Bourbon Red turkey raised on your farm, there’s a good chance they’ll be back for more. The challenge is getting your turkey on their plates to begin with.

“I started out with the impression of ‘raise them and they will come.â€™ That didn’t happen,â€ť says turkey producer Ed Kramer of Fisher Farm in La Plata, Md.

As Kramer found, raising the turkeys is the easy part for a beginning producerâ€”getting the word out is another story. However, all of the small-scale farmers who contributed to this article said that after their first year, once people knew about the quality and taste of their heritage turkeys, they never had a problem with marketing again.

“People want them like crazy. If I had more time to farm, Iâ€™d raise more turkeys for Thanksgiving,â€ť says Susan Kliese, who owns Susie’s Climax Creations in Climax, N.Y., where she produces poults and meat birds. “The niche is growing faster now than it was when I started three or four years ago.â€ť

Heritage turkeys are different than rapidly maturing commercial turkeys in several ways, according to the American Livestock Breeds Conservancy’s definition. Heritage turkeys are naturally mating with fertility rates of 70 to 80 percent; have a long, productive lifespan of five to seven years for hens and three to five years for toms; and have a slow growth rate, reaching a marketable weight in 26 to 28 weeks. Plus, most are hardy enough to pasture, which can save on feed costs. Heritage turkey varieties include Black, Bronze, Narragansett, White Holland, Slate, Bourbon Red, Beltsville Small White, Royal Palm, Jersey Buff, White Midget and others.

When setting up your heritage-turkey operation and starting your marketing efforts, ask yourself these questions:

1. Can I sell my turkeys retail, wholesale or out of state?

Before letting potential customers know about your heritage turkeys, learn about how and where you’re allowed to sell them, Kramer urges. Regulations vary for in-state meat sales, so check with your stateâ€™s department of agriculture. Sales across state lines are regulated by the USDA Food Safety and Inspection Service.

Even if you target customers only in your local area, you need an online presence so they can learn about you, your turkeys and your farming methods. If a fullÂ farm website is more complicated than you’d like, create aÂ Facebook page for your farm, and encourage friends and customers to “likeâ€ť it. Use these tools to stay in touch with past customers, as they’ll be the bulk of your business, according to Marianne Reimers, whoÂ raises rare-breed sheep and poultry at Black Walnut Woolens in Gaston, Ore. If computer work is out of your comfort zone, hire someone (a tech-savvy student, perhaps) to take care of these tasks for you.

3. What market websites are appropriate for my farm?

Everyone contacted for this article says their listing on organic- and local-food website LocalHarvest.org is one of their most valuable marketing efforts. Other similar websites, such as EatWild.com and EatWellGuide.org, also connect you with customers.

4. Do I want to sell turkeys fresh or frozen?

And don’t forget about live turkeys. If you’re not already an ALBC member, you can join today and get listed on the heritage-turkey producer list. You might find that you sell so many poults that you don’t even want to raise turkeys to sell as meat.