4 Parts of Pine Trees That Benefit Your Health

Pine trees are more than pretty evergreens to brighten up a winter landscape—they're used for health around the world. 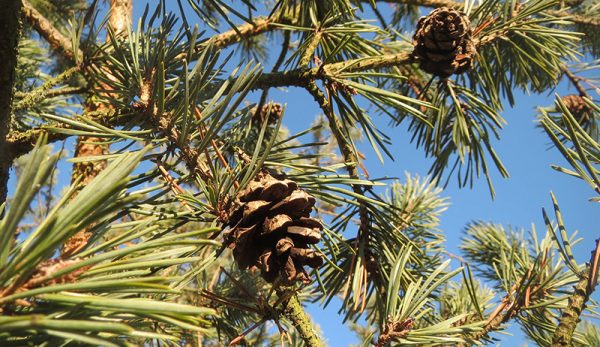 The pine species most often written about in connection with traditional health is the Scotch pine (Pinus sylvestris). It is believed to have originated from the area of modern-day Czech Republic between 10,000 and 8800 B.C. These pine trees make up the species that covers the most area in the world, perhaps explaining why they’re featured in the health traditions of so many cultures.

Here in the United States, P. sylvestris is hardy in zones 3 to 8. It’s characterized by its needles; it’s one of only two species whose needles do a full twist from base to tip. The species’ trunks and stems have an orange to brown bark that peels and gains more character as it ages. It likes full sun and fast-draining sandy soils, though you might need to amend your soil in some areas of the country to make this pine species truly flourish. We have a few out by our pond, and they have struggled in our hard clay.

If properly cared for, a homegrown pine supplies plenty of material to use for home health. Pinch off some of the new-growth tips in spring to encourage the tree to put out more branches. Pruning is also important to prevent crossed branches from weakening the tree.

Almost everything above ground on a pine tree is useful. Here are some highlights.

Pine pollen has been used in Traditional Chinese Medicine for centuries. While P. massoniana is primarily used in China, a good body of evidence suggests we can gain similar benefits from P. sylvestris. Pine pollen is an adaptogen, supporting the body’s ability to navigate stress, balancing hormones, promoting better sleep and supporting the immune system. Pollen is primarily taken internally, but in China, the pollen is also applied to the face as a beauty treatment. Pine is known to be highly anti-inflammatory, so it seems logical that pine pollen is an important anti-aging option.

Taking a patch of bark off a tree will cause serious damage, so try to harvest bark from branches that you need to prune. Strip off the outer bark and harvest the softer inner bark. This can be used immediately or dried for later use in tea or as a topical poultice. When boiled, the inner bark becomes mucilaginous and can be used internally for constipation or hemorrhoids. Externally, either the tea or the inner bark itself (well soaked and pounded) can be applied to sores, burns or hemorrhoids.

Collect mature pine needles in July, and use them fresh or dry for later use. Pine needle tea can be used to break up stubborn congestion in the upper respiratory tract, support healthy digestion, calm the nervous system and act as a mild diuretic. The needles can be added to a bath to soak away exhaustion or ease arthritic joints. They can also be used in a steam to relieve sinusitis and congestion.

Collect pine buds in the spring. This is the primary part of P. sylvetris that Russian traditional medicine has used in the way other traditions use the needles: to relieve chronic bronchitis and tuberculosis and to add to baths for skin ailments and arthritis.

Truthfully, it seems that most of the health and beauty aspects of pine are universal across the genus. If you’re looking at a few evergreen trees in your backyard but know they aren’t Scotch pine, you can probably still use them in your bath and tea. If you’d like to try using your pine for more than a bit of green in the winter landscape, start with a pine bath. That might inspire you to look further into this amazing and ancient tree.

Gather three to four handfuls of fresh pine needles. Crush them lightly between your hands, and add them to 2 quarts of water. Let this stand for at least an hour. Put the water and needles in a pot and boil for 10 minutes. Strain and add your pine tea to your bath.

These Herbal Bath & Body Products Bring The Garden To The Tub