4 Possible Reasons Why Your Chick Is So Tiny

Have a tiny chick and wonder what's up? There are a few different possibilities, including chicken dwarfism, that could be involved. 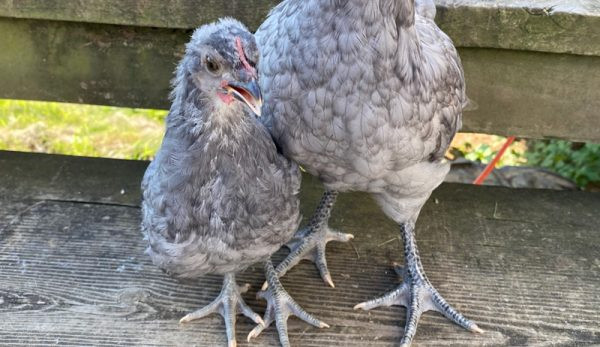 TJ, CJ and Margie all hatched on the same sunny June day. Mama Hen Natalya hovered over her brood, teaching them where and how to eat and drink and caring for them like a good mother bird.

The three little chicks spent every moment of their days and nights together. Before long, their fluffy down was gone and tiny feathers had started sprouting all over their growing bodies.

In all my years of raising poultry, I had never seen anything close to what TJ was experiencing. I hit the books, contacted extension offices, and emailed my poultry experts for their take on this case of tiny bird-itis.

Should you have a chick or juvenile whose growth appears delayed, one of these four causes might be the cause.

When setting eggs, either with an incubator or with a broody hen, make certain to select eggs that are uniform in size and shape. Eggs that are smaller than others from the same layers often contain less yolk to nourish a growing embryo.

Eggs that are misshapenâ€”narrow, bullet-shaped, roundâ€”frequently feature constricted interior space in which a chick can develop. Both of these conditions may result in a smaller chick at hatch time.

Read more: Here are some pointers for incubating a clutch of chicken eggs.

A chick that hatches more than a day behind the rest of its clutch starts life behind the 8-ball. Known as a “cull chick,”Â  this latecomer spends its first 24 to 48 hours recovering from its pipping ordeal while the rest of the brood is already dry, running about, and eating starter rations.

As a result, it behaves tentatively amongst its more outgoing siblings. It is more susceptible to stress, which can suppress growth.

In flocks comprised of both standard and bantam birds, the possibility always exists that a bantam egg might have been collected for hatching along with standard eggs. The potential for this increases when the large-fowl breeds being raised are small-sized birds that lay small eggs, such as the Hamburg and the Lakenvelder.

In flocks where bantams and standards interbreed, hatching these crossbred eggs would result in chicks of varying sizes. This includes tiny chicks occurring alongside ones of normal size.

Read more: What is a bantam, anyway? Here’s what we know.

While uncommon, dwarfism in chickens does exist. Three types of dwarfism have been identified in chickens:

All three are caused by a mutated or recessive gene. Thyrogenous dwarfism, caused by the (td) gene, results in stunted birds that do not reach sexual maturity.

Autosomal dwarfism, due to the (Adw) gene, yields growth-delayed birds approximately 30 perecnt smaller than their counterparts.

Sex-linked dwarfism, connected to the recessive (dw) gene on the Z sex chromosome, manifests every now and then in purebred flocks and results in miniature, proportionate versions of normal birds. These tiny chickens breed and lay just like large fowl, albeit on a smaller scale.

Since TJ’s egg was perfectly normal in size and shape, and since his body is proportional and not stunted, my conclusion is that his size is due to sex-linked dwarfism and the (dw) gene, especially given that he comes from a long line of purebred Orpingtons.

We have nothing to worry about, health wise. He might be tiny, but he’s as active and voracious as his siblings and definitely here for the long run.