4 Tips for Starting Your Farm Business From Black Mesa Ranch

Setting up an off-grid ranch in the middle of the high desert is no easy task, but these Arizona farmers did it and share how you can jump-start your farm dream, too. 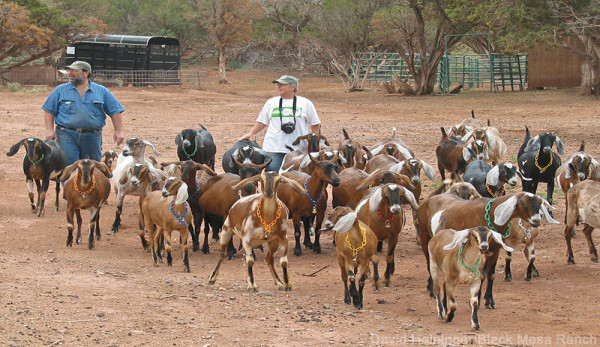 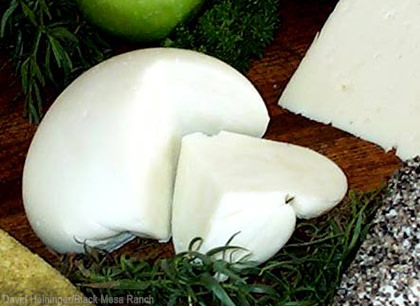 The timing was perfect for David and Kathryn Heininger to make their rural dream a reality. In 2000, they bought the property in northern Arizona that would become Black Mesa Ranch. Although the 280-acre, off-grid property was rich in western history, it had also been abandoned for more than 10 years and needed a good deal of work.

Despite that, David, with his culinary background, wanted to learn to make cheese and raise their own meat. Once the ranchâ€™s infrastructure was in place, the couple soon began exploring that goal.

“Goats seemed like the perfect animals for both our objectives and our high-desert environment,â€ť Kathryn says. “The plan: Keep the does for their milkâ€”both to drink and for cheese makingâ€”and raise their kids up for meat. That plan lasted until the first little baby goat was born. They were way too cute to eat!â€ť

As the herd grew and their feed bill increased, they knew something had to change.

“Either the goats had to go or we had to find a way for them to start paying for themselves, Kathryn says. â€ťThat’s when we started looking into starting a small goat-cheese dairy on the ranch.â€ť

The farm-to-fork movement was just gaining momentum in the region, and by the summer of 2003 they were the only certified goat dairy in the state.

“We like to say that we started the dairy to support our goat habit, but it became much more than that,â€ť David says. 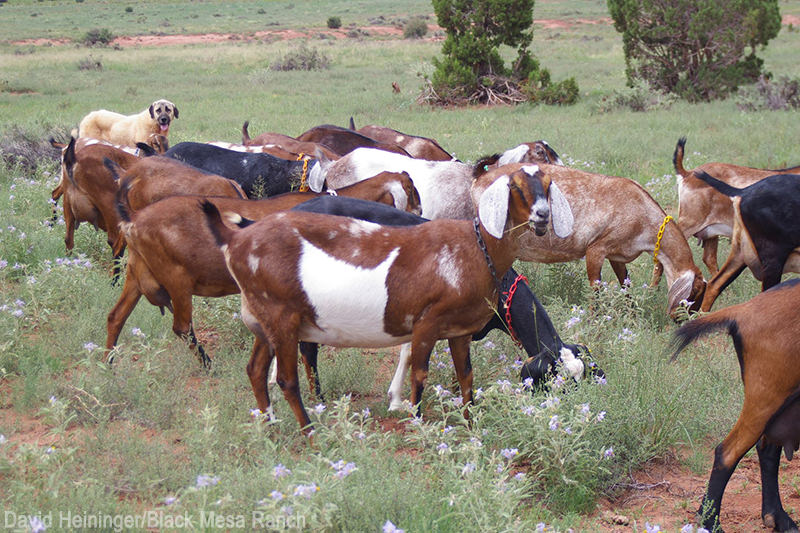 Today Black Mesa Ranch is 100-percent off-grid. They generate all electricity for the ranch, dairy and homestead using solar and wind powerâ€”even the water wells are solar-powered! The free-range animals help to rejuvenate and improve the land over time. The family grows and makes nearly all their food from scratch.

Over the years, the ranchâ€™s cheeses and other products have won many national awards. Their goat herd has been Certified Humanly Raised and Handled since 2006, making the ranch the only goat dairy in the state and one of the few in the country to hold that certification.Â 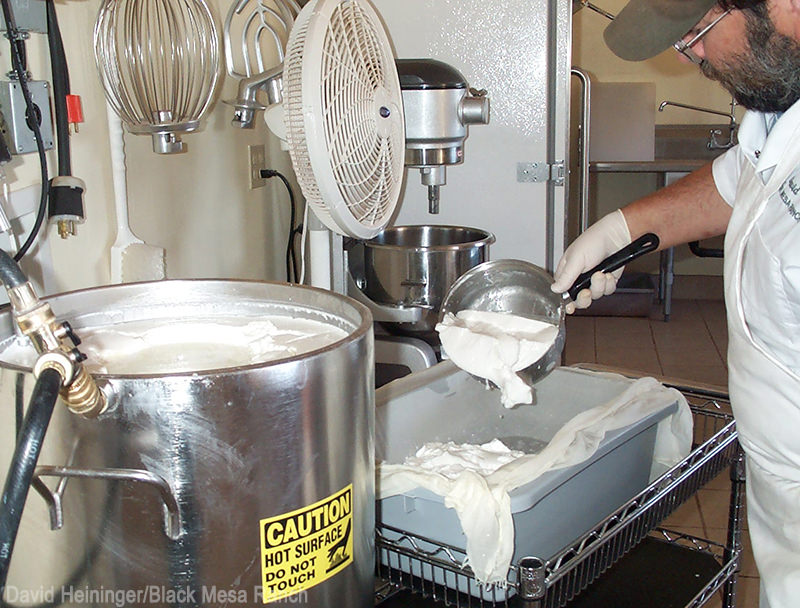 The Heiningers have continued to diversify the ranch over the past 15 years, now raising heritage-breed cattle and sheep for meat and chickens for meat and eggs, harvesting produce and herbs from their gardens and greenhouse, and create nationally award-winning goat cheeses and confections. The feed the whey from the cheese-making process to their market hogs, which are purchased by the best chefs and restaurants in Arizona. All of this in the high desert, which isnâ€™t particularly hospitable to agriculture.

Although living and operating a farm off-grid can be difficult, especially in a challenging environment, David shares some of his secrets to help others get started in living their own rural dream.

1. Communicate and Work with the Authorities

From the beginning, the Heiningers worked with the appropriate authorities at all levels of government to get their ranch off the ground. “We got our state agriculture department involved before we were even sure we wanted to start the dairy,â€ť David says. “Their being onboard from the start made a huge difference in how smoothly the whole process went. Weâ€™re inspected by something like eight different agencies now, and the only problem we’ve ever had was a misunderstanding with the brand inspectors over some cattle requirements that could have been nipped in the bud seven years earlier if there had been better communication.â€ť 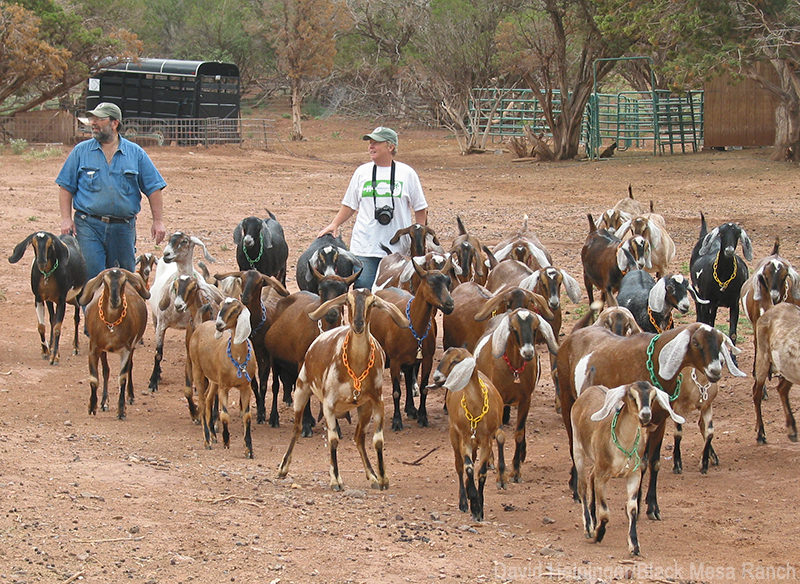 Yes, you read that right! Be ready to have a bigger operation than you originally imagine. You donâ€™t have to go big from the beginning, but make sure you have room to build out or buy extra equipment as your operation begins to grow. Case in point: Black Mesaâ€™s cheese kitchen appeared huge when they first began making fresh goat cheeseâ€”it literally echoed! Now, they make 12 different cheeses, plus a line of goatâ€™s milk confections caramels sauces, fudges and more, so now that extra kitchen space is necessary.

3. Stock Up on Equipment

You can never have enough pens, holding areas or positive-latch gates. These may include kidding/calving/lambing pens, sick-bay pens, quarantine pens for incoming animals, just to name a few and all with their own specific requirements. Find a flexible, quality fencing system appropriate to your operation, make it as modular as possible and get a lot of it.

To be a farmer is to be a life-long learner. From the moment the idea of opening a small farm or ranch business sparks in your imagination, seize every opportunity to expand your knowledge base. This might mean getting out of your comfort zone. Don’t know how to weld yet? Get a small wire-feed welder and start playing with it. Same goes with small-engine mechanics, carpentry, electrical work or butchering.

“Find some friends who know what they’re doing and give them a hand someday,â€ť David says. “Pick their brains. Never done a field necropsy? Given an animal a shot? Trimmed a hoof? Get out there and learn.â€ť

Black Mesa Ranch is located near Snowflake, Ariz., in the White Mountains and within reach of some of the most spectacular recreational opportunities in Arizona. If youâ€™re in the area check out the Navajo Nation’s Monument Valley or the Petrified Forest to its north. A variety of outdoor recreation activities, including hunting, fishing, hiking, and are available only minutes to the south of town.