4 Tips to Keep your Garden Producing Into Fall

Now's the time to succession plant your late-season crops so you can fill you fridge with fresh vegetables well into fall. 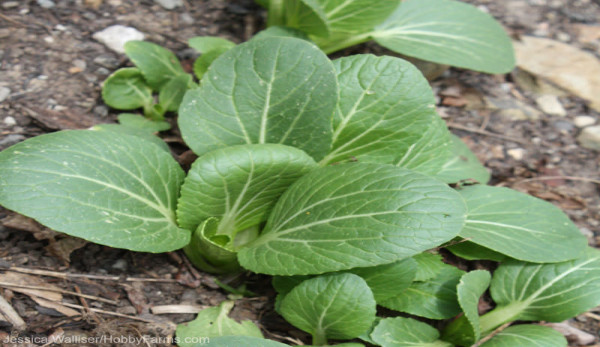 Nowâ€™s the perfect time to plant your vegetables. No, I’m not talking about tomatoes and peppersâ€”they should have been planted many weeks ago. The vegetables I’m referring to are late-season crops that you plant right now and harvest after they’ve been sweetened by a tinge of frost.

Although many of us think of spring as prime planting season, mid to late summer is the perfect time to succession plant. Wherever thereâ€™s a bare spot in the garden, you can plant a late-season crop for autumn harvest. When I dig my garlic out in a few weeks, I plan to fill the space with a sowing of lettuce seeds. When my green beans finish producing, turnips will go in their place. The space where the onions were once at home, will soon house mustard greens and kale. I make use of every bit of space in order to maximize my harvest and keep the ground from sitting fallow.

Here are four great tips for using succession planting to keep your garden producing well into the fall.

1. Use Organic Matter
To successfully succession plant, incorporate lots of organic matter into your soil. Intensive growing extracts a lot of nutrients from the soil, so itâ€™s important to replenish those nutrients and keep the soil amended by using additions of organic matter in between crop sowings. Work 2 to 3 inches of compost, leaf mold, or well-aged horse or cow manure into the soil before planting.

2. Rotate Your Crops
Try not to replant a member of the same plant family in any particular area during the same season. In other words, look to diversify the garden as much as possible. For example, when your potatoes are dug, replant the area with arugula or a late sowing of a short-season green like corn mache or baby tat soi. When cukes stop producing, fill in with radish or another root or leaf crop. Again, doing so helps replenish the soil and deter pests and diseases.

4. Companion Plant
You can also succession plant for late season harvests by adding a few of these crops in between your existing warm-season veggies. Sow a few lettuce seeds between tomato plants, sprinkle some radishes between rows of basil, and start carrot seeds around your peppers. For weeks after the warm-season crops have been killed by frost, these second cold-tolerant crops will continue producing.

Use smart succession planting to fill your fridge with fresh, homegrown vegetables for far longer than you thought possible.Â Â