4 Tips For Saving Seeds From The Squash Family

If you want to grow cucumbers, squash and melons while also saving seeds, you need to tread carefully. 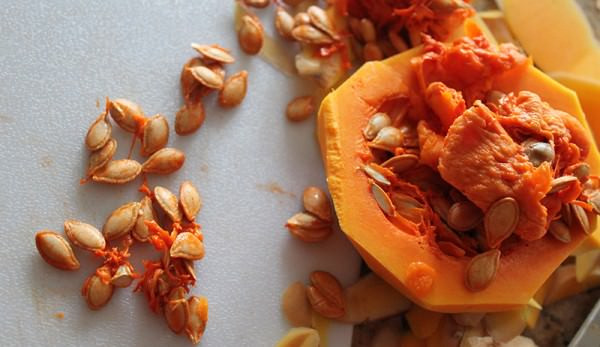 In 2014, I planted the largest diversity of gourds, squashes, melons and cucumbersâ€”heirloom or otherwiseâ€”that I had ever tried to grow at once in a garden. These plants, members of the botanical family Cucurbitaceae, hybridize readily within species lines, so in both planting and saving seeds, I took as much care as possible to keep my seed stock genetically stable.

While a little cross-pollination is inevitable in a smaller space of cultivation, for the seed-saver who is not attempting to create a landrace, itâ€™s important to know which cultivars can cross in order to avoid planting them too closely or to avoid harvesting seeds from the plants that are more likely to have crossed with other cultivars. Gourds, squashes, melons and cucumbers are often pollinated by hand, but theyâ€™re also pollinated by native squash bees, bumblebees, honeybees and other flying pollinators, which can cover a lot of ground as they move from plant to plant.

In order to keep the plants from hybridizing, you have a few options:

In trying to plan the layout of my gourds, squashes, melons and cucumbers in the garden, I found myself charting to which species my various cultivars belonged, adding to a growing gardening data folder in my Google Drive. 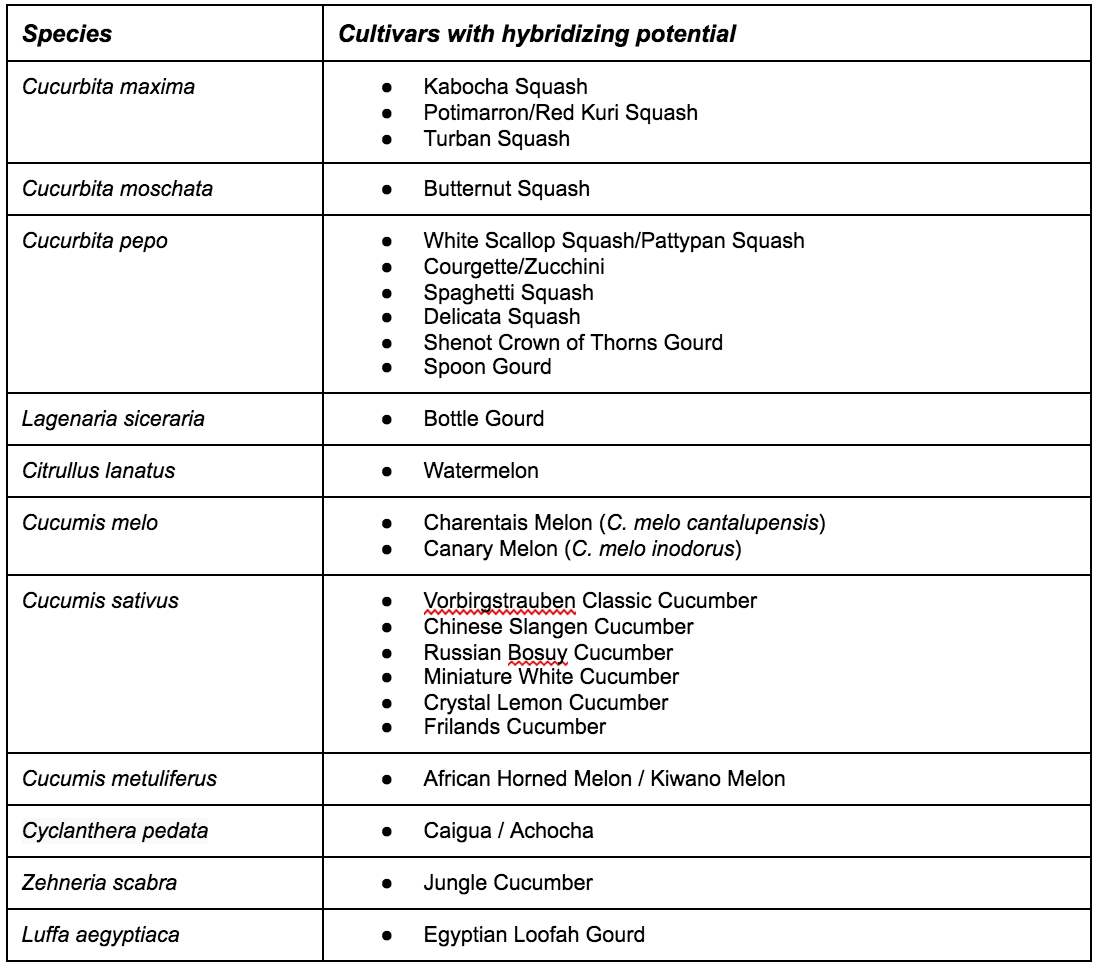 Keeping plants separate for seed-saving purposes takes a little bit of planning, and this is best accomplished in the autumn or winter, when there is planning time to spare and seed catalogues are being eyed for next year. A little bit of research, combined with row covers or smart interplanting, can help any gardener preserve heirloom seed genetics for years to come.