4 Truths About Your First Year of Farming

No matter how prepared you are, your first year on the farm will be like nothing you expected—this beginning farmer knows! 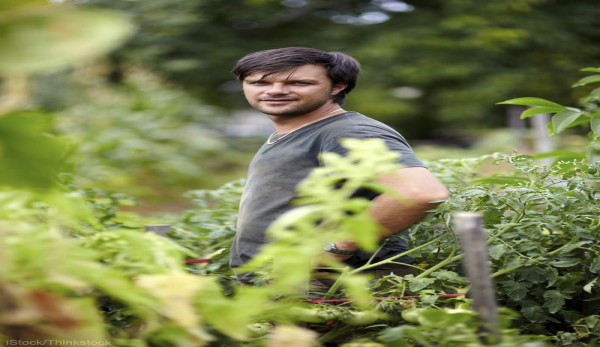 Back in the days of yore, farmers would take their bounties to the market for sale or trade. Unfortunately, trickery and deception was a common practice among the more unscrupulous traders. Many times a buyer would get home with his new “piglets” only to find sickly pigs or even puppies in the potato sacks, bags or pokes. Hundreds of years later, the wise advice to “look before you buy” still holds its rightful place in old farmer’s truisms and proverbs.

Starting a farm is a lot like buying a “pig in a poke” at an old-time market—what you think you have and what you actually end up with can be two very different things. To ease the transition into rural living and minimize surprises, you’ll need to dig up as much advice as possible from other farmers before you make the big purchase. While there are certain farm lessons only experience can teach, here are some very true realities from my first year of farming to help put your farm dream into perspective.

1. You’re never alone.
When we first moved to the country, we were constantly reminded that we were not the first residents of our little piece of land. While I found many of the “natives” to be cute and cuddly, the majority were just creepy. I was amazed how much bigger the bugs seemed to be. Large flying insects frequently dive-bombed me as I traversed the land, and massive creatures scuttled across the floor as I attempted to unpack boxes and set up house.

Our two-legged family members weren’t the only ones that had to adjust to this new country-wilderness way of life. Our 100-pound city dog often found its role as guardian challenged by the “locals.” Those first few months, he barked and charged anything rustling in the bushes. After an unpleasant encounter with a skunk, however, he only chased after intruders when his back-up, aka my husband or I, was also on scene.

One particular night, while I sat reading on the porch, my furry protector felt called to duty when a strange sound caught his attention. Making sure I had his back, he leapt off the porch and disappeared into the darkness, his deep bark echoing through the trees. Suddenly the barking stopped, followed by a quick yelp and series of short grunts. Before I could even stand, my brave city dog emerged from the woods, running full stride toward the safety of the porch, a large buck right on his tail, antlers down and obviously irritated! Luckily for my sweet defender, the deer had no desire to continue the pursuit and quickly disappeared back into the blackness. While today he may still intimidate the occasional visitor with his robust bark and thick muscular build, the primary job of my poor city dog is simply to protect the porch.

2. If you don’t prioritize, you’ll be left in the cold.
Planning is a vital part of any homestead, but so is prioritizing. When starting our small farm and homestead, we often felt pulled in many different directions. Overwhelmed by all the things we wanted to accomplish on our to-do lists, we were susceptible to forgetting things that actually needed to be done.

I first realized this little gem of wisdom my very first winter living in a mobile home. Having lived in a brick house the majority of my adult life, I was oblivious to the winterization my new abode required. Oh, my husband did most of the actual covering, closing and wrapping required, but his naïve little wife didn’t always recover, reclose or rewrap. It wasn’t until I spent an hour outside in near-subarctic weather, trying to unfreeze pipes with a blow dryer, that I truly understood the importance of proper planning and preparation.

3. You must face your fears.
As a city girl recently turned country girl, I have an absurd fear of snakes. This phobia kept me from moving to the country for nearly 15 years. Although I have made marked improvements in my overall reactions to the slithering belly crawlers, my neighbors will never forget the night I literally stopped traffic because of one.

Coming home one evening, I encountered a 6-foot-long snake crossing the road. Overcome with fear, I quickly found myself sitting in the middle of the road, still in my vehicle, of course, surrounded by neighbors and the local volunteer fire department. Coming to the aide of this damsel in distress, my heroes struggled to find a way to kill the man-eating rattle snake I informed them was under my car.

The situation was quickly resolved when a nice young man boldly took control of the varmint and introduced him to the crowd as Bob, his chicken snake. Luckily the good members of our community do not judge my family based on the irrational fears and questionable actions of its matriarch.

4. Some things are beyond your control.
While this road to a self-sustaining life has presented its fair share of learning opportunities, we’re only here because somebody or something else controls the weather.

We looked for our property for years before finding home. The year before, we had fallen in love with a different piece of property 60 or 70 miles from where we ended up. The other land had almost everything we thought we wanted, and we thought we could overlook what it lacked. When the sale fell through, I was heartbroken. It was six months before I found another piece of property that I could envision a future on, and this time, we didn’t have to make compromises—our future home site literally fell into our laps. A random phone call, a newly acquired piece of property, and a real estate agent an hour from where we were looking all came together to make it rain.

If you’re a farmer just starting out, timing, patience and persistence all go hand-in-hand. We can learn a lot from those before us that tried and failed. Instead of complaining about failing, they’d probably just tell us, “When you wallow with pigs, expect to get dirty.” You can learn from their successes, but still they’d probably remind you that “every path has a few puddles.” But of all the lessons you learn from these garden gurus, we should always remember “Life is simpler when you plow around the stump!”

About the Author: A self-admitted former city girl, Kristy Rammel was “promoted” from AVP of Operations in a Fortune 200 company to VP of Homestead Operations and team leader of her family’s Animal and Child Disaster Response Unit. While many people work desperately to avoid the monotony of daily life, she prays for it.