Beat the pests that feast on your crops by creating bat habitats on your farm. 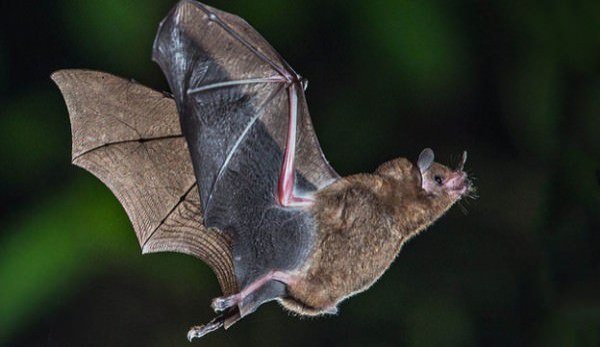 Dusk settles over the farm and the horses whinny impatiently at the gate, waiting to be led into the barn. With the shifting evening light, one can glimpse the bats wheeling from the eaves of the barn for a night of insect hunting.

Most of the bats found in the United States are important for farming because they consumeÂ crop pests as a normal part of their diets. The corn earworm moth, for example, causes billions of dollars worth of damage to crops, such as corn and sorghum. These same moths are a favorite food of the Mexican free-tailed bat common to the southern half of the country.

According to Brian Pope, director of the Lubee Bat Conservancy in Gainesville, Fla., bats are the primary nighttime predator of insects, consuming 100 to 600 bugs per hour. Different species of bats prefer different insects, ranging from mosquitoes to crop insectsâ€”pests that both bother people and destroy crops.

“A recent study by Justin Boyles, et al entitled ‘Economic Importance of Bats in Agriculture’ discussed the dollars saved in the reduced use of pesticides through the presence of bats,â€ť says Diane Odegard, outreach associate for Bat Conservation International. The study shows the loss of bats could cost farmers as much as $3.7Â billionÂ per year. “This saves consumers from getting pesticides on their produce as well as keeping [pesticides] out of the water table, a win-win all the way around.â€ť

About 40 percent of bat species are threatened with extinction, Pope adds. Habitat loss and the spread of a deadly disease calledÂ white-nose syndrome have killed aboutÂ 6 million bats between 2006 and 2012.

However, the good news is that your farm is the perfect place to nurture bat habitats. Use these tips to invite them to your farm:

Constructing and installing bat houses is perhaps the easiest and least-expensive way to support bats on your farm. Plywood (1/2-inch four-ply) or cedar make excellent choices for construction.Â Bat Conservation International offers detailed instructions for bat house construction, design, location, sun exposure and coloration of the house for different regions of the United States. Instructions include how high the bat house should be placed along with strategies for protecting bats from natural predators, such as snakes.

Old, woodenÂ barns are perfect bat habitats. The wood is naturally worn, making it easy for bats to traverse. Rather than tearing down an old barn, leave part of the structure standing and modify it to accommodate bats. Odegard suggested using the same specifications for the crevices as those described in the bat house instructions. Bats want to roost tucked between boards that are 3/4 inch to 1 inch apart and roughly scored so theyâ€™re easy to cling to. Bats already roosting in working barns can be left alone.

As hobby farmers seek ways to restore portions of the native habitat on their farmland, theyâ€™re creating the perfect conditions for bats. Water (like ponds), wetlands,Â woodlands andÂ native species provide the right conditions for the insects bats need to consume to survive.

Bats are adaptable and will roost in hollow trees. Leaving standing tree snags on your farm will offer them natural habitat.

“Bats have gotten a bad rap,â€ť says conservation biologist Karen Krebs of the Arizona-Sonora Desert Museum. “They are very beneficial for the balance of ecosystems. They have faced negative publicity and now face disease.â€ť

By learning about bats in your area, you can prepare the best habitat conditions to attract or maintain wildlife that benefits your farming endeavors. Contact your local department of natural resources for information about local conservation efforts.