4 Ways to Grow Your Garden Without Seeds 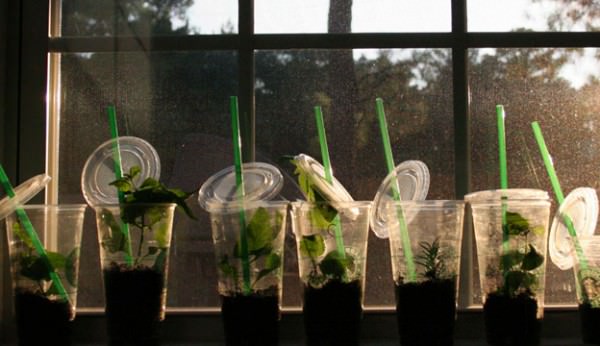 Plants have something that you and I don’t. It’s called totipotency, and it means that nearly every cell within any given plant has the genetic material and the ability to give rise to an entirely new plant (an exact clone of itself).

If human cells exhibited totipotency, it would mean that if I cut off a fingertip and provided it with the right conditions, it would grow into a new me. But, aside from stem cells, human cells are not totipotent, and therefore don’t have the ability to perform such feats. Most plant cells, however, are totipotent, and because of it, plants are capable of performing a whole bag of cool tricks that humans can’t.

From early childhood, most people know that plants grow from seeds. We know that when flowering plants are pollinated, they go on to produce seed that then grows into new plants. This type of propagation is sexual, and it’s essentially the same way most of the animal world propagates itself. Because of totipotency, plants are also capable of propagating vegetatively, meaning that new plants can be created without a single grain of pollen needing to meet an egg. This type of propagation is asexual.

Vegetative propagation is very important in the gardening world for many reasons. “Because it allows you to make an exact copy of the parent plant, vegetative propagation enables growers to maintain distinct cultivars that would not come true from seed,” says Joseph Tychonievich, author of Plant Breeding for the Home Gardener: How to create unique vegetables and flowers (Timber Press, 2013). “It is useful because lots of plants—really most perennials and woody plants—don’t usually come true from seed, so if you sow seeds of your favorite apple, rose, daylily or coneflower, the resulting plants will look different from the plant you started with. Vegetative propagation allows you to preserve the attributes of the plant you like so much.”

Although there are many ways to vegetatively propagate plants, a handful of techniques are more commonly used, because of their ease and their high success rate. Here are a few of our favorite propagation techniques that can be readily employed to make new plants on your urban farm.

The simplest form of vegetative propagation is crown division. This technique is useful for any herbaceous plant that is clump-forming. The crown of the plant is the place where the shoot system meets the root system, and with this technique, the plant is dug up and separated into pieces. As long as each piece contains a portion of the root system attached to a portion of the shoot system, it’s a viable division and will go on to produce a new plant. Crown division is necessary for maintaining most perennials because, over the course of a few years, they often become overgrown and crowded. Seeing bare centers and reduced flowering is a sign that crown division is necessary.

Crown division should take place when the plant is not in flower. For example, divide spring-blooming perennials just after they finish blooming, and divide summer- and fall-blooming plants early in the spring. This enables their roots plenty of time to reestablish before flowering begins.

To propagate plants using this method, start by digging up the entire plant, leaving as much soil on the root mass as possible. Densely packed or thick crowns, such as those of hosta, daylilies and ornamental grasses, will need to be chopped into divisions using a sharp shovel, a pruning saw or a pick-ax. More fibrous or delicate root systems, such as those of black-eyed Susans, asters, bee balm and the like, can simply be torn or teased apart with the fingers or cut with a pair of clean, sharp pruners or scissors.

Once the plant has been separated into viable divisions, plant them immediately into a new home or temporarily house them in a pot for later planting. Keep the divisions well-watered until they become established a few weeks later.

“Simple layering is a very easy way to propagate plants vegetatively,” Feather says. “Many plants do this naturally on their own, but we can also do it purposefully.”

When layering takes place without human assistance, the tips of arched branches meet the ground and root all on their own. Gardeners can also do this intentionally, bending and pinning branches to the ground where they’ll take root.

“Shrubs with flexible stems work best for layering,” Feather says. “Azalea, forsythia, rhododendron, willows, climbing roses, spirea and hydrangea are all great choices. I like simple layering because the new plant remains attached to the mother plant until it has developed a sufficient root system to survive on its own. They don’t require much care.”

Layering also doesn’t require any special equipment or skill. You simply bend a branch down to the ground, or into a pot of soil, wound the bark with a sharp knife at the point of soil contact, dust some rooting hormone (available at your local garden-supply center) onto the wound to speed up root formation, and pin it down on the soil using a landscaping pin or even a brick.

Burying the contact point 1 to 2 inches into the ground is another option. Depending on the type of plant, roots will form within a few months. At that point, the plantlet can be cut from the mother plant, carefully dug out and moved to a new location. For most shrubs, layering is best attempted in the spring, just before active growth occurs. Roots should be formed by fall.

Starting new plants from stem cuttings is a very simple way to propagate them, though it does require a bit more time and attention than the two techniques described previously. Many herbs and houseplants, along with herbaceous annuals and perennials, are easy to propagate via stem cuttings. When you take a stem cutting, a portion of stem is removed from the mother plant and forced to generate an entirely new root system.

“With stem cuttings, the plant is in a race against time to grow new roots before the stem dries out,” Tychonievich says. “To grow these new roots, the specialized cells making up the various parts of the stem have to dedifferentiate into generic plant cells which can then turn into new root cells. Rooting hormone speeds up that process, but keeping the cuttings cool, moist and exposed to the right amount of light keeps them from drying out while they are growing their new root system.”

To take stem cuttings, start with a clean pair of scissors, a few small plastic pots, a bag of sterile potting mix, a container of rooting hormone and a handful of clear plastic baggies and twist-ties or some type of clear humidity dome. Fill each pot with damp potting mix, and lightly tamp it down. Cut off several 2- to 3-inch-long stem pieces with the scissors.

Feather advises that each stem section should have at least two growth nodes, the place where the leaves meet the stem. “Remove the lower leaves before inserting the cutting into the growing medium, but maintain the leaves on the top because they will provide the energy needed to grow new roots,” she says.

Dip the bottom inch of each freshly cut stem into the rooting hormone, and then firmly insert it into a container of potting soil all the way up to the bottom of the remaining leaf. “When inserting the cuttings, it’s important to maintain the proper orientation: up-end up, down-end down. The cutting will not grow if you stick the wrong end into the growing medium,” Feather stresses.
Place one cutting in each pot, then water the soil and allow the pot to drain. Put the potted cuttings under a humidity dome, or place each individual potted cutting into a clear plastic baggie with the opening at the top. Use a twist-tie to secure the baggie closed; this keeps the humidity high and prevents the cutting from drying out until it can form its own roots in a few weeks. Place the covered pots in a greenhouse, on a bright windowsill or under grow lights or fluorescent shop lights placed about 3 inches above the plant tops.

Remove the bags or humidity dome, and water the pots, if necessary, always allowing them to drain before putting them back into the bag. If the remaining leaves turn yellow or rot off, as is often the case, carefully remove them. In about a month, remove the bags or dome and continue to water as necessary.

Do not fertilize the cuttings until they are firmly rooted, and be sure to pinch off any flower buds that develop before the plant is well-rooted. Stem cuttings are a simple way to propagate almost any herbaceous annual and perennial, including geraniums, coleus, impatiens, begonias, tomatoes, lantana, angelonia, bee balm, asters and clematis, as well as many shrubs, including viburnums, hydrangeas, weigela, hollies and winterberries.

Leaf cuttings use a single leaf, or a portion of a leaf, to generate new plants. This mother leaf does not become a part of the new plant(s); it rots away.

Leaf cuttings are, in my opinion, the coolest way to make new plants. Yes, they require a bit more work than straight stem cuttings and the technique doesn’t work on such a broad range of plants, but generating new plants via leaf cuttings is like watching a science fiction movie come to life.

Leaf cuttings work best for plants with succulent leaves, such as sedums, kalanchoes, certain cacti, African violets and begonias. To make a leaf cutting, remove a single leaf from the desired plant, using a clean, sharp knife. You can make a whole leaf cutting by simply dipping the petiole (leaf stem) into rooting hormone and then inserting the leaf into a pot filled with sterile potting mix.

You can also cut out a wedge or circle of leaf tissue—which may or may not include the petiole—dip its lower edge into rooting hormone and then insert it into a pot of growing media. Cover the cuttings with a humidity dome or plastic baggie as described above and keep it well watered. A new plantlet will grow where each cut leaf vein contacts the potting mix. You can generate dozens of little plants from a single leaf.

One of my favorite ways to grow plants via leaf cuttings is to take a single leaf, nick the outer edge with a sharp knife in several places, dust the cuts with rooting hormone, and then pin the leaf flat into the pot. Within a few weeks, small plantlets will grow from each of the nicked areas. The mother leaf will rot away and you’ll have a bunch of new baby plants. It’s really an amazing process.

As you can see, vegetative propagation generates lots of new plants with minimal cost and effort. Plus, it encourages experimentation and allows gardeners to see one of the many miracles of nature up close and personal.