4 Ways You Could Be Hurting Your Bees Without Knowing It

Even if you love your bees and mean well, certain things you might do can hurt them. Avoid causing bees harm with these tips. 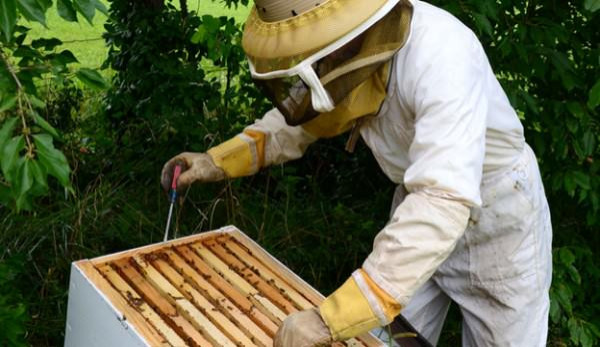 Laden with pollen in the baskets on their back legs, Honey bees approach the landing board on the front of the beehive thatâ€™s already abuzz with activity. From the outside, it appears business is booming, but outward appearances arenâ€™t all theyâ€™re cracked up to be. Itâ€™s whatâ€™s happening inside thatâ€™s critical to the health of your hive.

Even if you keep bees with the best intentions, you could be making errors that affect the health of your hive. Make sure youâ€™re not making these four beekeeping mistakes.

1. You Let Mites Take Over

Varroa mites continue to be the biggest health challenge to Honey bee colonies. These tiny, fast moving parasites latch onto the bodies of both adult and immature bees, sucking out fluids while weakening the bee and spreading viruses that can infect the whole hive.

Beekeepers are struggling to keep damaging varroa mites under control, says Maryann Tomasko Frazier, senior extension associate with Pennsylvania State Universityâ€™s entomology department. Whether a beekeeper decides to useÂ pesticides or do nothing at all, there are ramifications for the bees.

Tomosko, together with Shane Gebauer, general manager of Brushy Mountain Bee Farm, explains that by not treating hives with varroa mites, the bees will develop their own survivor stock. However, research indicates that being more proactive with mite management is a better strategy. There are several options on the market for treating your bees, ranging from synthetic pesticides to organic acid and essential oils.

“The Bee Informed Partnership found that beekeepers that did some sort of mite treatment, whether organic or pesticides, had significantly less bee loss than those that did nothing,â€ť Gebauer says. “They are mining their data to gain further information about frequency of treatment. What they are seeing is that four treatments a year seems to be the magic number.â€ť

2. You Skimp on Food

Just as you or I would grow sluggish if we missed a meal, bees also need to have enough food available to them.

A myth is circulating that claims feeding your bees somehow makes you a bad beekeeper or that the need to feed your bees implies that you robbed the hive of too much honey. While that might sometimes be the case, more often than not, there are other factors affecting the hiveâ€™s food supplies.

“Weather plays a role in what the bees are able to produce,â€ť Gebauer says. “Last season, in my location, was a terrible year for honey production.â€ť An abundance of early spring rain washed nectar from blossoms, and subsequently, bees didnâ€™t have the honey stores they needed to sustain the hive. Because the season was poor, Gebauer had to start feeding his bees earlier than normal.

“When a beekeeper takes on the responsibility for the colony that includes insuring they have adequate food reserves,â€ť he continues.

Hive inspectionsÂ are important because they give the beekeeper an opportunity to repeatedly observe the food supplies and whatâ€™s happening to them. Gebauer encourages beekeepers to peek inside the hive and take note whether honey reserves are shrinking or growing. He cautions against looking in a hive more than once a week, though, as more checks can be disruptive to production.

3. You Donâ€™t Bond with the Queen

Another beekeeping challenge is that queens arenâ€™t lasting as long as they once did. The best evidence of a queenâ€™s healthâ€”and ensuring she lives a long lifeâ€”is observing her egg-laying pattern, Gebauer says. In a healthy hive, you should a single egg per cell standing on end and be arranged at the center of the frame. Scattered eggs, eggs on the sides of cells or multiple eggs in a cell indicate that you have a laying worker and no queen. A healthy, productive queen will be vigorously laying eggs to create plenty of workers for pollen and nectar harvest. In repeated hive inspections, beekeepers should see a growing number of brood, as well as hatching baby bees. The steady ramp up of a hiveâ€™s population reflects the queenâ€™s labors.

Although seeing the queen visually is also an indicator of her presence, this can be hard to accomplish. Her entourage will work hard to keep her out of sight and protected during hive inspections. All the more reason to keep a close eye on the hiveâ€™s interior.

Learning is always the best way to up your beekeeping game and ensure youâ€™re doing all you can to keep the hive healthy. Gebauer encourages people who keep bees to spend time with other beekeepers in their hives.

“Get some education,â€ť he says. “Beekeeping is not an intuitive craft but a skill with the need for acquiring knowledge.â€ť

“I really encourage people to learn before and while they are practicing beekeeping,â€ť Gebauer says.

Get more beekeeping help from HobbyFarms.com: