5 Baby Names Inspired By Your Farm

Babies are often named after someone or something. We came up with 5 that honor your garden. 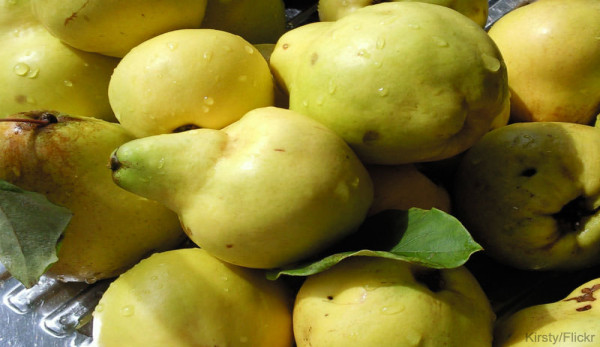 Summer is a great season for gardening, bringing fresh fruits and vegetables into our homes. Itās also often the season of births. I donāt know how many Facebook posts Iāve seen of friendsā and relativesā new summer babies. It got us thinking: If you were to name your child after a fruit or vegetable, what would you choose? Here are five that are receiving quite a bit of attention.

We discovered thatĀ Kale was at the top of the produce-inspired baby-name list, with 257 boys andĀ five girls being named that last year, according to the Social Security Administration. ThisĀ brassica was first christened a baby name in Kansas in 1962, but is most popular today in California. Coincidentally (or perhaps not so coincidentally), so has the leafy vegetable. Could the increased desire for kale-based salads be driving the popularity of the name?

AppleĀ was the first fruitĀ name that came to mind in the office. It appears that Apple Martin, daughter of Coldplay frontman Chris Martin and actress Gwyneth Paltrow was the first on the scene. There were 27 babies named Apple in 2013 in California and Texas, and The Big Apple produced five baby Apples in 2010. However, the biggest apple-producing state in our country, Washington, doesnāt have a single baby Apple that we could find. Perhaps they prefer to go with Jonathan, Crispin or Ambrosia instead, narrowing their apple selection to specific types.

Last year alone, there were 1,086 baby girls named Olive. However, itās a name thatās been around for quite some time. Olive reached peak popularity in 1910 on the East Coast, but tapered off until 2012, when 125 Californian babies received the name. My best friendās niece was one of them, and actresses Drew Barrymore and Isla Fisher named their daughters Olive. So why the newfound popularity? Maybe itās connected to peopleās love of olive and olive oil (sales have increased for both). Or perhaps itās the meaningāthe olive tree branch is considered a symbol for peace.

This one is a bit old-fashioned. Upon hearing it, you probably think of the song “My Darling Clementine,ā before thinking of the fruit. According to BabyCenter.com, Clementine was ranked No. 379 in 2013 and 253 in 2014 as a baby name. Actress Cybil Shepherd, model Claudia Schiffer and actor Ethan Hawke all have daughters named Clementine. Admittedly, this is the only one on the list that sounds more like a name to me than a fruit or vegetable.

A unisex name,Ā Quince is often referenced in fruit form in Greek mythology. Itās estimated that there are 913 people with the name Quince in the United States, and the number is increasing. According to Nameberry, the name Quince is up 9 percent in popularity this week.

What is your favorite fruit or vegetable name? Let us know in the comments.