Grow a pest- and disease-free garden rich in diversity by paying attention to where you source your seeds. 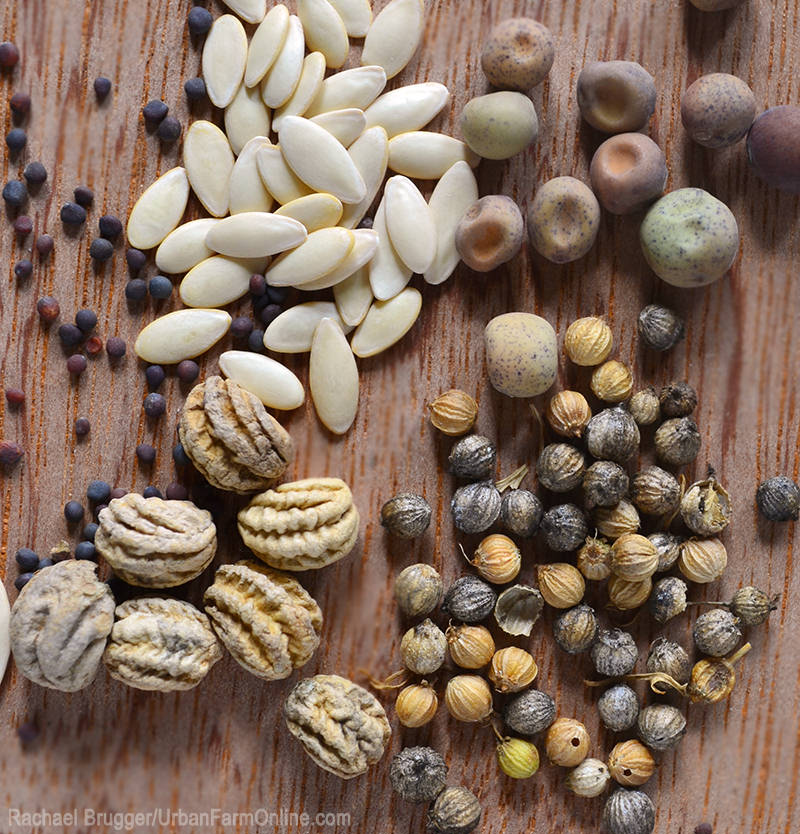 Growing a bumper crop this year will depend on the quality of seed you plant plant. If you‚Äôre looking for heirloom seeds that will perform well in your garden this growing season, there are three things you should consider: the definition of “heirloom,‚Äù where the seed was produced, and where you intend to plant it.

In your quest to find a trusted source of heirloom seeds, you first must define what you believe constitutes an heirloom. Unfortunately, there isn‚Äôt agreement among seed sellers or seed savers: Some say heirloom seeds are handed down through the generations with documented stories, while others prefer defining an heirloom based on how long the variety has been around without being hybridized with another variety.

All, however, agree that for a a variety to be an heirloom, it must be open-pollinated, meaning the plants are pollinated by bees, flies, wind or other natural activities. Seeds saved from plants that have been open-pollinated produce offspring like the parent plants.

Heirloom seeds grown in conditions similar to where you plant them increases their chance for success. Heirloom varieties have been around for generations, and they‚Äôve learned to adapt to their growing conditions over time. Seeds grown in hot, humid conditions, for example, have developed resistance to common diseases in that geographical area, whereas seeds cultivated in nutrient-poor soil have learned to survive with little supplemental fertilizer.

Keep in mind, though, a seed produced in the same USDA plant hardiness zone does not mean it grew in the same temperature, rainfall, humidity and pest conditions. For instance, USDA zone 9 in Northern California tends to have wet, cool winters while USDA zone 9 in Central Florida has dry, warm winters. Seeds grown in California‚Äôs zone 9 are not adapted to growing in Florida‚Äôs zone 9 and are more susceptible to common diseases in Florida that are not found in California. The reverse is also true.

Planting seeds from an area with similar growing conditions as yours usually means you‚Äôll spend less time implementing pest control and won‚Äôt need to fertilize as often. When selecting seeds, seek out ones grown locally or from sellers that list where the seed was grown to help you match the conditions to your own. If you‚Äôre unsure about the source of seed, ask the grower or look in a commercial seed catalog.

You‚Äôre not limited when it comes to finding heirloom seeds for this year‚Äôs garden. Here are some of the many places you can search for the crop varieties you want to grow.

1. Save Your Own Seeds

Matching seeds to your growing conditions is easy when you save seeds from fruits and vegetables you‚Äôve grown yourself. When saving your own seeds, collect them from the healthiest and best-yielding plants. This promotes a new generation of plants with more disease resistance and can increase crop yield.

Neighbors and local gardeners experienced in growing heirloom fruits and vegetables are great sources for heirloom seeds. When deciding which seeds to try, ask the gardener about pest problems and how to combat them, average crop yields, and fertilizer requirements. This helps you know what to prepare for and how to ward off potential problems. Also, you may want to ask why the variety is considered to be an heirloom: Is it the stories or the age?

Be aware that when swapping seeds with gardeners you don‚Äôt know personally, there‚Äôs a chance of getting seed susceptible to disease or that won‚Äôt grow in your garden conditions. This usually only happens with gardeners new to seed-saving, as they may have saved seeds from diseased plants, or dried and stored them incorrectly. By asking a few pointed questions, you can avoid this pitfall.

Seed libraries hold a depository of seeds that members “check out‚Äù and grow in their gardens. Seeds are replaced by the member by allowing some plants to go to seed and returning them to the seed library. Advice on how to save seeds is often offered according to the seed saver‚Äôs skill level. To avoid getting diseased seed or seed that won‚Äôt germinate, ask if the library has guidelines members must follow to ensure only viable, disease-free seed is returned to the library. Some seed libraries charge a small fee for membership while others are free.

Seed banks preserve food crop varieties for future generations by storing seeds in temperature controlled rooms. Seeds are kept viable by planting them at certain times then collecting and re-storing the seeds.

Seed Savers Exchange is an example of a seed bank that stores heirloom and open-pollinated fruit and vegetable varieties. It produces heirloom seeds on its 890-acre farm in Iowa and works with a network of farmers and gardeners throughout the United States, enabling it to maintain thousands of varieties, including nearly 900 varieties of heirloom apple trees. Many seeds in their catalog list the region they were grown so you can select seeds grown in similar conditions. It also has a policy in place to document stories and an heirloom‚Äôs authenticity.

You may think that commercial sellers only sell new hybrid varieties, but that isn‚Äôt the case: Heirloom seed sellers are located throughout the United States. Some grow seeds on a single farm managed by the company, while others rely on a network of growers throughout the country with plots ranging in size from a backyard garden to several hundred acres. Below is a list of some respected commercial heirloom seed sellers.

Southern Exposure Seed Exchange sells heirloom vegetable and herb seeds grown on its 72-acre farm in Virginia and by a network of seed growers located primarily throughout the mid-Atlantic region. These growers are trained in seed selection and maintaining seed purity. SESE tests seed germination to ensure it meets both federal and Southern Exposure standards. Test results are printed on each seed packet.

SESE emphasizes crops that perform well in the Mid-Atlantic and Southeast, where summers are hot and humid, including many southern staples, such as heirloom peanuts, southern peas, roasting corn, collards, turnip greens and butter beans. SESE defines an heirloom variety as one that is open-pollinated, developed before 1940, and has been handed down within a family for generations.

This retailer defines an heirloom as “a cultivar that was commonly grown during earlier periods in human history, but is not used in large-scale agriculture today.‚Äù It doesn‚Äôt list where all seeds are grown, but you can increase your success in growing seeds by matching days of maturity listed in the catalog with the length of your growing season. Start by trying some of the varieties listed as long-time favorites, such as Kentucky Wonder pole beans.

If you live in the Midwest and want heirloom seed varieties grown near you or in similar conditions, try Ohio Heirloom Seeds. They not only grow the vegetable seeds they sell, but they also offer free growing tips just for asking.

About the Author: Diana K. Williams is a certified master gardener and holds a Bachelor of Science in environmental studies and biology. She is presently serving on a committee that is designing community gardens for a local municipality. She writes from her home in Florida.

Diana K. Williams is a certified master gardener and holds a Bachelor of Science in environmental studies and biology. She is presently serving on a committee that is designing community gardens for a local municipality. She writes from her home in Florida.

One reply on “5 Best Places to Find Heirloom Seeds”

[…] Heirloom seeds¬Ýare true to the parent plant and time-tested, having been passed down through generations. These plants are open-pollinated, and gardeners can save their seeds. […]