Keeping chickens doesn’t have to be costly. From building the coop to keeping it clean, these inexpensive materials will help make your hens feel like queens. 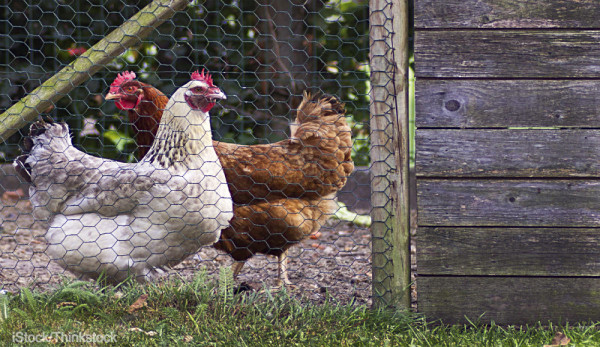 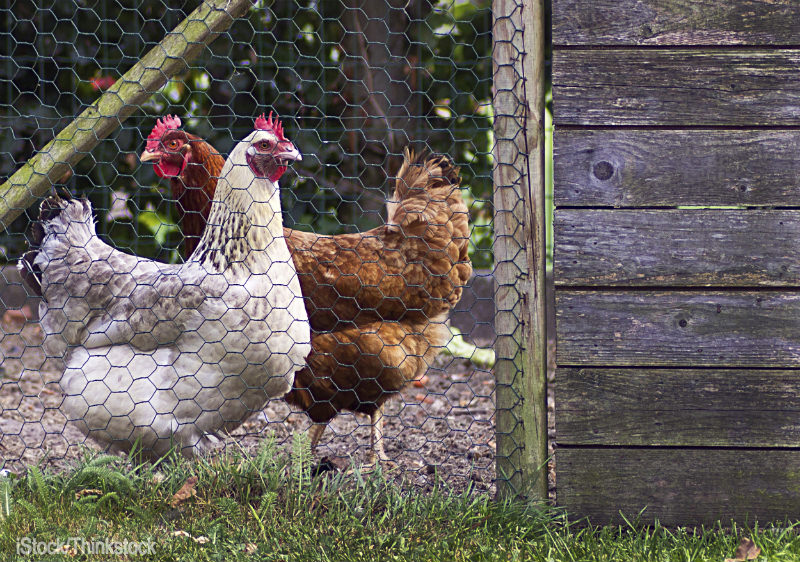 Once you get caught up in the lifestyle of having chickens, it’s easy to find yourself spending more money on them—and the coop—than you initially thought. For many people, chicken keeping is a hobby, but for others, specifically me and my wife, the birds are also pets with benefits.

We’ve spent so much time and money on our coop that we won’t break even on eggs in our lifetimes, but that was never our goal. However, for folks who don’t want to put their discretionary funds toward their chickens, building and maintaining a highly functional and attractive coop can still be very affordable.

1. Shipping Pallets
The lumber for a coop doesn’t need to be expensive if there’s a decent roof to shed rain and a foundation of rot-resistant posts to raise the coop off the ground. Pallets certainly fit this bill, as they are a never-ending source of free lumber.

The modern pallet was invented in conjunction with the forklift in the 1920s to reduce the labor costs of shipping products. Most pallets are made of pine planks that are stiff enough to hold up to a ton but soft enough for a coop builder to easily drive a nail. As a stonemason, I get plenty of heavy-duty pallets made of oak that can hold more than 3,000 pounds. They’re a little tougher to drive a nail through, but screws or a rented nail gun will do the job. Oak also looks better and stands up to moisture better than pine.

It will take 10 to 12 pine pallets to make a 4-by-6-by-6-foot coop (big enough for about 12 chickens). Ask a local heating/ventilation/air-conditioning company if they have any they want to offload—every furnace and central air conditioner they get comes on a pallet that they throw away. Call around, and you may find a company that will even drop the pallets at your place for free because they’d rather not pay a dumping fee. If you want oak pallets, call around to some local stonemasons.

The common way to take apart a pallet requires a lot of elbow grease. Pull the planks apart with a pry bar, and then back out each and every nail with a hammer. Depending on your strength, it might take a good hour for each pallet. Dismembering a dozen pallets for your coop could take a day and a half. It’s a pretty good cross-fit workout, but there’s a time-saving option, too.

If you own or can borrow or rent a reciprocating saw (also called a saber saw, Sawzall or, as some carpenters refer to them, “the wrong tool for every job”), you could dismember a pallet in 10 to 15 minutes and have enough free lumber for a coop in about two hours. To cut through the nails faster, gently rock the saw up and down a bit while keeping its foot snug against the wood. Before each cut, check the teeth of the blade. If they’re worn down, switch out the blade for a new one. A dozen pallets may use up to two or three blades. When finished, stack the lumber where it won’t get wet. Put bricks under the stack to keep the lumber off the ground, and cover with a tarp to keep rain off until it’s time to build the coop.

2. Broom
Nest boxes occasionally need sweeping out when a hen mistakes her box for a toilet stall or when the herbs we put in as bedding need some freshening up. We took the rattiest whisk broom we had in our house and dedicated it to that task. I found an old tea-cup hook in the utility drawer of our kitchen and screwed it into a crack in a cedar corner post of the coop very close to the nest box. You could also use a drill bit that’s the same width as the shaft—not the threads—of the hook so you could screw it in by hand. Because it’s under the eaves of the coop’s roof, it rarely gets wet, but it hasn’t gotten any less ratty looking either.

3. Chef’s Knife
Sometimes, we have excess vegetables and fruits that we feed the hens. Because it’ll be easier for the chickens if I chop a cucumber or melon in half, I keep a chef’s knife, which I bought at a yard sale for a quarter, stuck blade-down into the soil just inside the pen gate. Yes, it’s ratty, too, but it cuts quick. (During springtime, the knife is redeployed to the asparagus bed, where it stands at attention, so I can cut fresh spears anytime I’m in the garden without making a trip to the garage or kitchen first.)

4. Mulch
We keep a thick layer of wood-chip mulch in our chicken pen. The mulch attracts worms and insects for the hens to eat, keeps the pen from being a muddy mess, and helps poop decompose faster and with much less odor.

5. Rake
As the hens scratch through the aforementioned mulch, it piles up in drifts that can infrequently interfere with access to the feeder and waterer. I normally only notice this when I’m topping off the feeder. Because I don’t want to go back into the garage to scare up a gravel rake, I keep an old gravel rake handy. Near the top of the handle, I drilled a hole big enough to fit over a nail that I drove into a corner post of the coop. The rake is handy for drift dispersal and, because it’s under the roof eave, it stays dry.

Get more coop help from HobbyFarms.com: